When William B. Provine died earlier this year, I lost my last mentor. Since I'm 61 years old, I shouldn't complain. But I can mourn, which is just what I was doing on a Sunday morning a few weeks ago when I walked to the beach in Delray to go for a long swim in the ocean.

Will Provine, as everyone knew him, was one of the most popular professors at Cornell when I arrived to begin my doctoral work in sociology in 1977. His lectures were engaging and overflowing. Back then, he was a rising young star on his way to becoming a full professor, soon to earn two appointments, one in history and the other in science.

That suited Will perfectly, since he was an expert in the history of evolution--or rather, the idea of evolution as it itself evolved in the minds of scientists. To aid his research, he sought out, and often purchased, entire libraries of eminent evolutionists so that he could turn every page of their personal copies of scientific articles and books on the hunt for marginalia that would provide clues to their thinking. He wrote scholarly articles on his findings as he traced what one scientist really thought of another's work, and how he or she had been influenced by it.

I remember waiting outside his office on a wooden bench, along with two or three other students. When finally it was my turn to enter, I had a hard time remembering what I wanted to say because I couldn't stop staring at the thousands of books lining the walls. Beautiful books, too, the kind they rarely make anymore, with tooled leather bindings and gold-leafed edges. But Will's broad smile and questions brought me back to my senses. "So what do you want to study, Steve? And how can I help?" 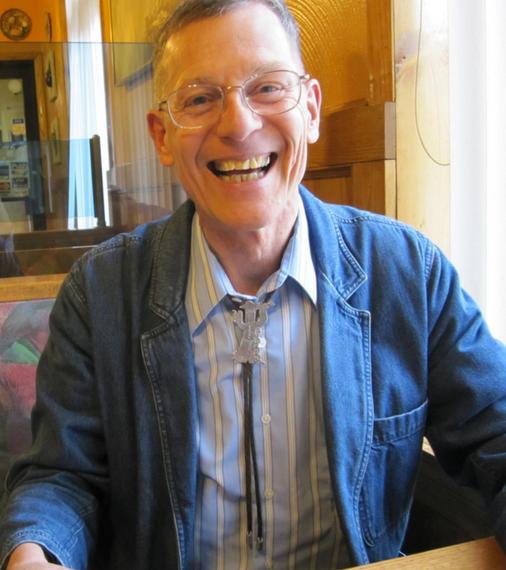 Will was an unusual choice for my dissertation advisor, coming as I did from the sociology department. And I'm not exactly sure why I so badly wanted him to advise me. But I loved his playful, inquiring spirit. He was smitten with the love of finding things out. It was a game he played and invited his students to join.

He challenged but encouraged. He would question me and then toss me part of an answer, but never all of it. It was for me to find a way to the answers if I could.

Evolution of a friendship

After I finished my degree and left campus, we fell out of touch, but we reconnected some 10 years ago when I took my own sons to Cornell for a tour. In his office again, I witnessed my old professor engaging my own children. They had budding interests in history and science, and so he gave each of them one of his beautiful Victorian books that he inscribed for them. Watching my mentor teach my children sent a shiver through me, and I reached for Lori's hand, who was with us to witness the moment. Will's big smile was the same as I remembered, undiminished by the tumor that had been removed from his brain. 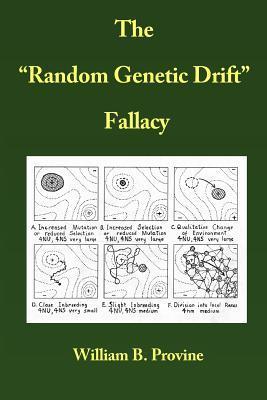 We stayed in touch after that. One year ago Will finally finished a book on genetic drift that he considered one of his crowning achievements. Since he knew I had some connections in publishing, he wondered if I might help get the word out. I sent it to my friend at Scientific American, to a high school buddy who is now a geneticist for the government, and to an eminent historian of science at Harvard, someone I've learned of while doing a fellowship here.

Coming home at the end of September to my temporary quarters in Cambridge after being away for two weeks, I found a fat envelope sticking out of my mailbox. It contained another copy of Will's book together with a glowing review that Will had printed out for me. His only note was his business card.

Later that day that I opened my computer to see the notice from his wife. Will had passed.

It is a week later when Lori and I are home in Florida and I am walking to the beach for my swim. I've been holding off thinking about Will's passing. Now I will have my own service for him as I swim through the warm water, seeing the lovely blues through my goggles, hearing the water rush past my ears, feeling the waves gently rock me, as if in a cradle. Can I find a bit of Will's spirit and say thank you? I hope to find a way.

As I walk in the sand through the sea grape hedges that border the beach, I see a Frisbee sail by, followed by a boy about 10 years old. As I come out in the open of the wide beach, I count a dozen or so discs on the beach that he has thrown at a target he made from a stick.

It is still early and there are few people on the beach, but beyond the boy is a woman sitting on the sand who I infer to be his mother, and beside her, a girl somewhat younger than the boy.

Deciding I can postpone my swim for a few minutes, I walk up to the lad and say, "Do you want to play?"

"Yes!" he says eagerly. And so we begin tossing one of his discs back and forth. He is good for such a young guy, and I know he appreciates that I can get it right to him, or make him run just a little, this way and that.

"What else do you like to do besides play catch?" I ask.

"Oh, I like to make targets and try to hit them."

And so we play Frisbee golf, choosing targets among the Hobie Cats and recycling bins. We run to our discs for the fun of it.

At one point I run close to his mother. "Thanks for playing with him," she says. I say something about how I am the one to thank him.

I ask the boy if he knows how to spin a disc on his finger. He does not, so I show him how to practice it, handing him a spinning disc from my forefinger to his.

Finally, I see his mother and sister packing up to leave, and so I walk up to him to say goodbye.

"Thanks for playing," I say, extending my hand. "What's your name?"

The boy takes my hand, smiles broadly and says, "Will."

I regain myself enough to continue shaking his small hand and finally say, "Nice to meet you, Will. I'm Steve."

We say goodbye. I exchange waves with his mom, and slowly walk into the sea.

PHOTO GALLERY
Well-Known Personalities And Their Grandchildren
Download
Calling all HuffPost superfans!
Sign up for membership to become a founding member and help shape HuffPost's next chapter
Join HuffPost 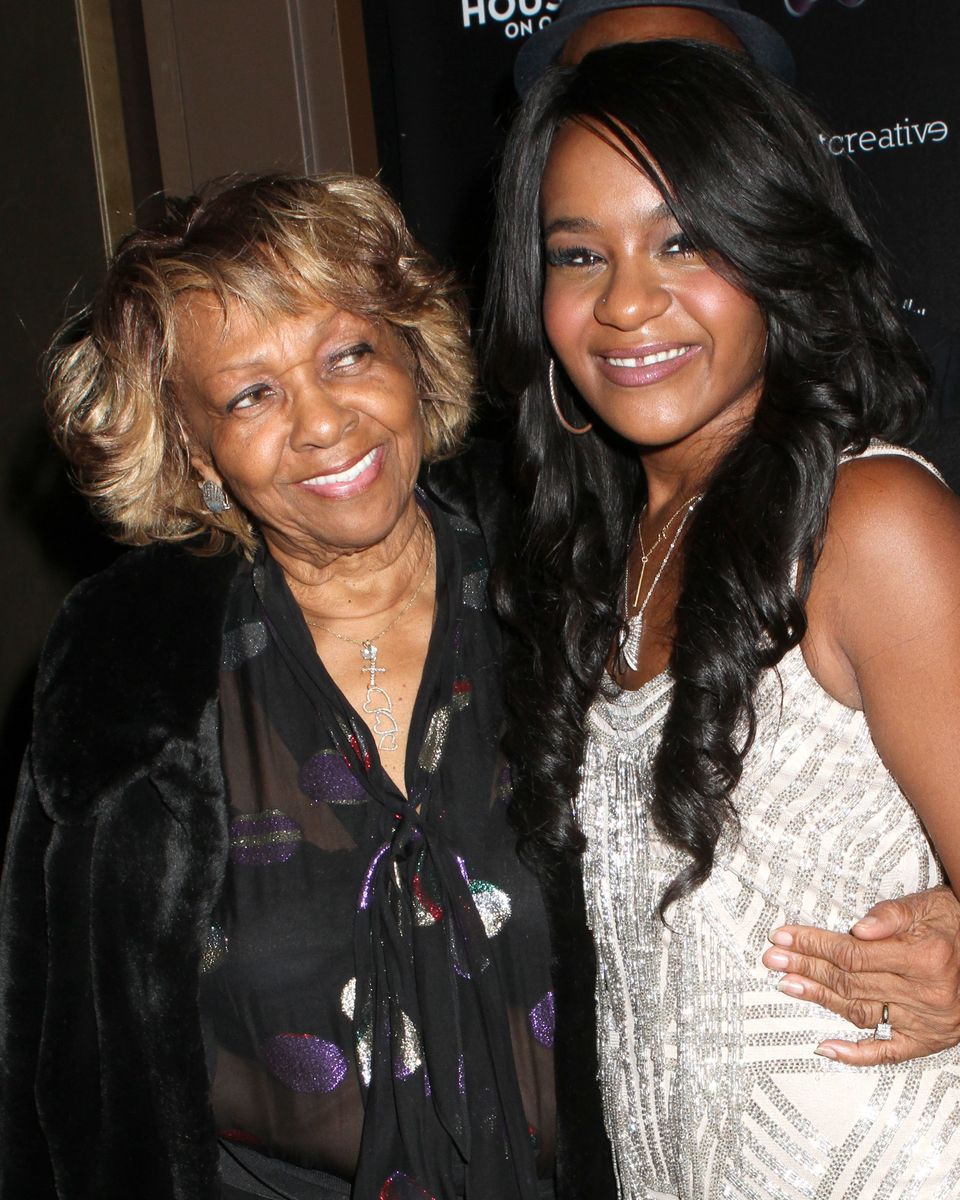 1 / 5
Cissy Houston And Bobbi Kristina Brown
Bobbi Kristina Brown has been devastated over the loss of her mother, Whitney Houston, and is not pleased with the way her grandmother, Cissy Houston, is handling the singer's death. In response to Cissy's upcoming tell-all book about Whitney, Bobbi <a href="http://www.tmz.com/person/cissy-houston/">tweeted that she had nothing to do with the book </a>and that she refuses to read it.
PA