Looking back, activism saved my life.

At age 12, I survived incest and a lot of bullying, which led to the development of an eating disorder. My body became my own personal battleground and all I wanted to do was disappear. Throughout the rest of middle school and a large part of high school, I struggled with self-love and acceptance and gravitated towards abusive friendships and relationships. I have been sexually assaulted.

I shudder with fear every time I think about where I might be had I not found activism. I am not a victim. I am a survivor. I am an activist and I will end sexual violence.

In May of 2012, Steph Wahome, the Greater Cleveland Manager for Scenarios USA asked me to help create a campaign to coincide with the film, Speechless, written by a high school junior, Roxanne Lasker-Hall, about a young male survivor of sexual assault who finds his voice.

Two days later, I was on the film set with other youth activists. I had worked with many of them as a youth educator at the Cleveland Rape Crisis Center. Together, we created I Will End Sexual Violence (iWillESV), a social media campaign run through Tumblr, which challenges people everywhere to help end sexual violence. 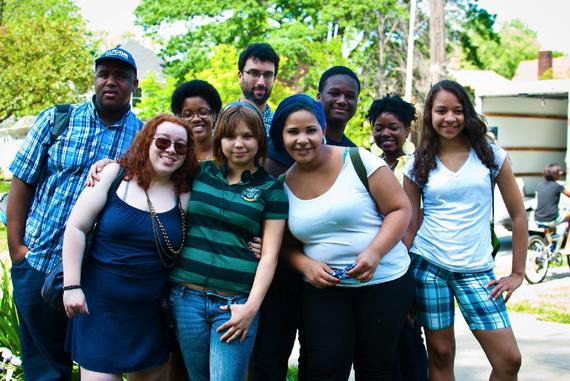 Erin McKelle, Roxanne Lasker-Hall, and I Will End Sexual Violence activists on the set of Speechless

Through the months of development leading up to the launch of the iWillESV campaign, I spoke at conferences about iWillESV, wrote letters to the editor, published op-eds, and was inspired by other activists and advocates who are changing the world. I got to work with other young people who are committed to reshaping the world we've inherited. I've found that being a leader and youth activist empowers me. Being surrounded by peers who speak out and take action is proof that we can end rape culture, today. I believe that I can change the world. I'm notjust another voice in an endless sea of rhetoric, I am making an impact. When I look at the iWillESV Tumblr and see that someone has posted a picture of themselves holding a sign that reads, "I will not blame the victim survivor," it becomes more than just words and images. When those posts are seen and reblogged they become actions and the people posting them become agents of change. They become what we will do. Our stories help us survive. When someone posts, "I will not be silent anymore," I know that I am not alone in this journey. 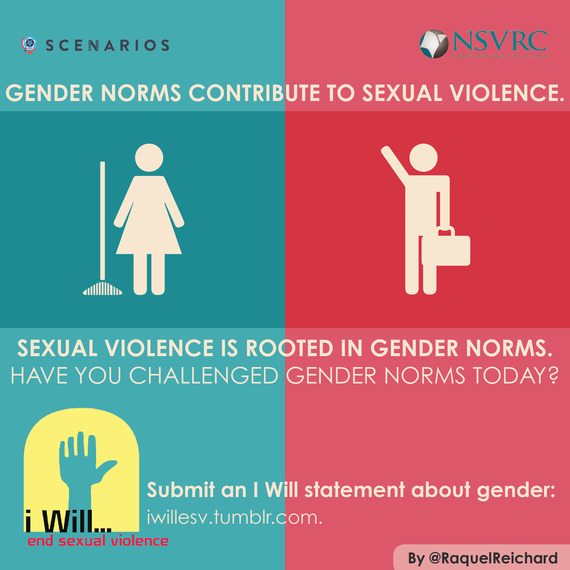 One of the memes created by the IWillESV team for Scenarios Sexual Assault Awareness Month campaign.

I've grown so much as a result of my experiences working on iWillESV. I've learned how to run a successful social media campaign, manage a team, create good content, and inspire others. Most importantly, I've learned a lot about myself. iWillESV taught me to value myself and to make my voice heard. What I have to say matters.

I started identifying as an activist during a very tumultuous time in my life and it gave me a sense of purpose. I found hope in my work, I learned that I wasn't powerless and I wasn't passive; I was strong, a lot stronger than I ever gave myself credit for. I suddenly had a huge support system, a reason to wake up every morning, and the will to redefine my life.

For me being an activist has been shaped by being a survivor. I got here, not by accident, but because I had a will. From a young age, I've always had a sense of justice and felt that there was something larger, greater than me, out there for me to discover. My purpose in the world is to change it. I always kept going, through all the heartache and pain, because I wanted to find this calling I felt deep in my soul. I hope other young people can become activists. Because I know how it can change your life and sometimes, even save it.

That's why I'm so passionate about activism; I understand its transformative power. The politics of change are so personal and start from within; the greatest change you can make in the world is changing yourself.

To me, activism means that I am working to change the fabric from which our society has been woven. It involves intense engagement, honest passion, and voracious learning. Activism isn't something I do, it's something that I am.

I am a survivor. I am an activist. I will end sexual violence. 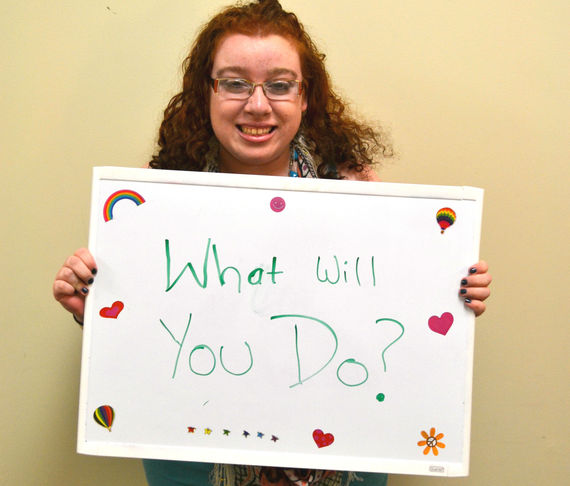