"Maybe there is a beast... maybe it's only us."
― William Golding, Lord of the Flies 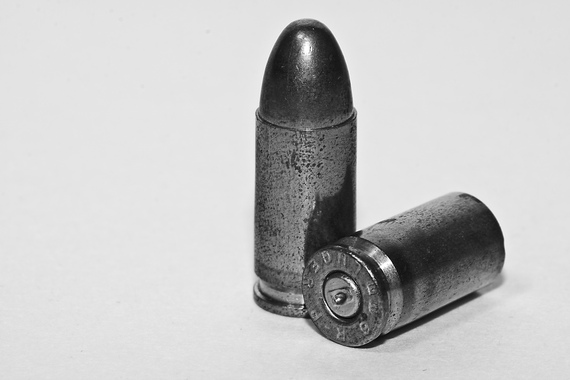 There was once a man who lived in Dadri, an Indian town in Northwest Uttar Pradesh. Most people in Dadri are Hindu, but Mohammad Akhlaq was Muslim. One night, after he had gone to bed, one hundred men stormed his house, dragged him into the street, and stoned him to death.

There had been rumors in Dadri, you see, that he had eaten beef.

Hinduism is the oldest religion in the world, the third largest after Christianity and Islam. Its teachings prescribe honesty, patience, forbearance, self-restraint, compassion, nonviolence (ahimsa)... and a diet free of beef; the cow is Krishna's favorite animal, it represents life.

That the rumors were unconfirmed was irrelevant. That Akhlaq was Muslim too. A cow had gone missing in Dadri. He paid for its life with his.

"We've got to have rules and obey them. After all, we're not savages."

Well, initially, we were animals. We lived in trees and munched on leaves, until one day, one of us stood up straight. Then 2 million years ago, we climbed down from our branches, and for the first time, ate meat. It made our brains grow and our guts shrink; we evolved into beasts of prey. Hunting led to the development of language, complex planning, cooperation, and socializing; we became humans.

We killed animals for food, and our societies grew. Territory was important. Soon we needed more. So 50 thousand years ago, we began killing men too. That did not make us savages; it was a means to an ultimate end.

Men hunting animals led to men hunting men, and human evolution secured the survival of its fittest. But we did not stop there. We developed agriculture, abstraction, philosophy, and civilization. We evolved into the only species with the ability to imagine ideas, and on the 28th of September, 2015, we killed Mohammad Akhlaq because of one.

That's when we became savages.

We kill in the name of ideology, nation, religion, power. The very notions that define our humanity and distinguish us from beasts. In the name of abstraction, we put plastic guns in the hands of our children, and steel ones in those of Africa's. Chant anthems and sing hymns, wave flags and watch the news. Cheer the last man standing, not once questioning the fight.

Killing in the name of something greater, we became our own prey. The tool became the end, and in our quest to justify it, we let it eat us up. Clearly, somewhere along our evolutionary journey, we got derailed.

We became human and forgot the founding principle that made us so. The most universal idea we ever developed; the sanctity of life, in all its forms.

"You must not use your God-given body for killing God's creatures, whether they be human, animals, or whatever," the Yajur Veda says (12.32). The Jains practice ahimsa, and the Buddha, too, agrees: "Non-harm and non-injury and abstinence from killing any living being are [...] crucial for an individual's peace, harmony, serenity, contentment and attaining liberation from suffering."

"The wolf shall dwell with the lamb, the lion shall eat straw like the ox. They shall not hurt or destroy in all My holy mountain," says Isaiah (11:6-9), while a psalm from the Old Testament sings: "The Lord is good to all, and his compassion is over all that he has made" (145:9). In his Hadith, Mohammad concurs: "Whoever is kind to the creatures of God is kind to himself."

So then, "what are we? Humans? Or animals? Or savages?"

Thomas Edison said: "Nonviolence leads to the highest ethics, which is the goal of all evolution. Until we stop harming all living beings, we are still savages."

A nuance to Edison's thoughts: we did not evolve from savages. We devolved into them. But the evolutionary road is long; we can yet change the kind of man we want standing at the end of it.

"Then, amid the roar of bees in the afternoon sunlight, Simon found for them [the littluns] the fruit they could not reach, pulled off the choicest from up in the foliage, passed them back down to the endless, outstretched hands."
​- William Golding, The Lord of the Flies