When my father was just a few months younger than I am now, he tried to throw my mother a surprise party.

He put a lot of work into the party. He invited dozens of people, all of whom were thrilled to come and celebrate my mom -- who would never in a million years organize anything like it for herself. And as my father was not exactly competent when it came to party planning, he delegated most of the food-related tasks to other people. But one thing he did do was order cheesecake from a local bakery.

He placed his order for a dozen cheesecakes, in a variety of flavors, to surprise his wife who loved cheesecake. Their friends would bring food, potluck style, their friends' children would play with me and my sisters, and my mother would experience a spectacular 30th birthday party. 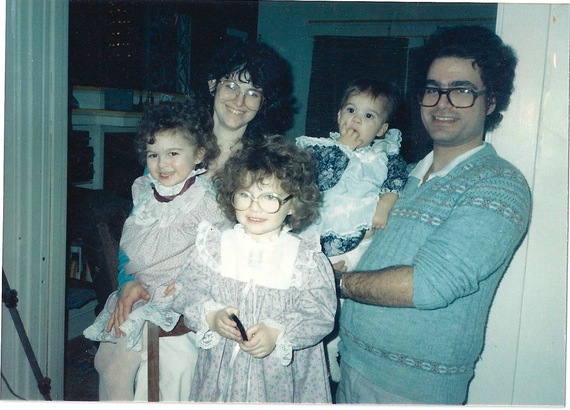 That was his plan. But in the early spring of 1987, a terrible flu spread through the city of Pittsburgh. The morning of the party he collected the cheesecakes and the phone calls started coming in. All but three guests, or their children, had started puking, and couldn't come. My father cancelled the party, and he and my mother celebrated her 30th birthday quietly, packing as much cheesecake as they could into the freezer and living off the rest for a month.

I was completely oblivious to these events. I was 3 years old, and my memory of my mother's 30th birthday is that my parents smiled a lot, my sisters and I got My Little Ponies and the house was unusually clean.

When you stay at home all day, when your job is your children, life is only about you if something terrible happens. If you get very sick, or injured, if you lose a loved one. The only way to make something about you is for you to make it about you, and let's face it... nothing saps the fun out of any happy occasion like sitting down with your kids and forcing them to make cards for you. The easiest way to make sure you have a good time is to make sure they're happy. And that's why my memories of my mother's birthday involve a stuffed purple pony hopping on the dining room table.

As I near my 30th birthday, I think about this. I think about my father as he was then, barely thickening around the middle, wearing faded blue jeans and subversive T-shirts. I can see his wide smile, his deep dimples, his bright eyes. I can picture him at my age, just as clearly as I can picture him now. He looks like a stranger, or a distant cousin. This memory of him feels nothing like my father the entity, the man who, for me, defined men. But from my memories, I can put him together, like a puzzle. These aren't just images from photographs, not just remembrances of pictures of him 25 years ago. These are the flesh and blood imprints he made in my mind.

But not my mother. I can picture the photographs of her, yes, but no matter how I wrack my brain, I can't see her as she was when she turned 30 years old.

I can see her hands, rolling cookie dough into balls, dropping them gracefully onto a pan. I can see her wedding ring clear as day, and her fingernails, and her wrists.

I can see the backs of her jeans as she walks ahead of me down the sidewalk, the tail of her shirt hiding her back pocket as she pulls out her wallet to give me money for the ice cream truck.

I can see her bare legs in front of her on the porch floor, her ankles crossed and a train of ants walking across them. They look like my legs.

I can see her silhouette at the bottom of the stairs, casually warning me to give up my attempts to somersault down to the living room.

I can see the barrette in the back of her hair as she sits at the table.

But I can't see her face. I cannot assemble these pieces. My mother is an invisible force of nature, a supernatural entity made of love and discipline and constant presence.

I looked at my father. I studied him, this person I loved, who lived with me but whose comings and goings from a mysterious place called "work" carried the weight of disappearances and reinvention. I never had to look at my mother.

I was always confident that she was there. Maybe not in sight, but nearby. If I screamed she would appear. If I misbehaved she would reprimand me. If I was suddenly scared or hurt or sad, I could run to her and wrap my arms around those blue jeans and her elegant hands with their narrow wrists and simple ring would run through the hair on top of my head, and her voice would echo from the everywhere of motherhood.

I can hear her voice, my 30-year-old mother, but I can't distinguish the words. It's a hum that fills the universe, that permeates every fiber in existence, that rumbles through my bones and soothes them. I can hear its cadence. 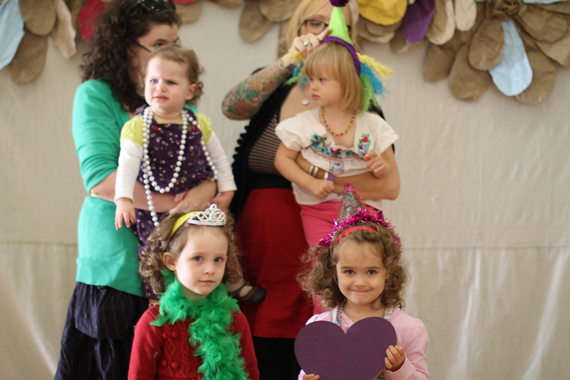 At 30 years old, my mother was invisible to me.

Now I am her. Like my father, these birthdays matter to me. I don't know why exactly, but they do. Superficial, I know, but I feel it. And like my father, I feel helpless to give this event some kind of meaning. I sympathize with him so much, this 29-year-old father of three. I understand him.

And I believe I understand my mother. But to me she will always be something of a mystery. No matter how closely my family parallels hers, no matter how similar our struggles and joys and the mundane details of our lives, no matter how much I understand her as she is now, I will never be able to put my feet into her shoes and sympathize with her life the way I do my father's.

And in a way, this makes me feel closer to every mother. To every other woman who has been a shadow, an omnipresent force in their children's lives. To every stay-at-home parent whose children don't bother to look at them when they come or go, whose kids rush past and ignore them because they will always be there. It makes me feel closer to them, and at the same time it fills me with a grief so deep I can hardly name it.

I am this vibration, this mysterious force. And in my own ethereal, faceless way, I will also be erased from my children's memories, continuously replaced by the constantly changing, constantly aging face before them.

In my memories, if I must picture my mother, I see her now. Maybe a little less grey, maybe somewhat thinner, but still -- as she is now. Familiar glasses. Familiar lines on her face. Not the slender, black haired 20-something girl I know she was.

That girl, that young woman, she is somebody I will never know.

I feel the grief that I have already lost part of my mother forever.

Maybe it's just me. Maybe I was the only child so self-centered that they never bothered to look up, but I doubt it. I see it in my own children who once stared forever at me unblinking as they lay swaddled in my arms, and now run past without so much as a glance when I remind them to wash their hands or hang up their coats.

Maybe it isn't turning 30 that bothers me. Maybe it's losing myself in motherhood. Maybe it's the fear that I'm already gone, replaced by this ghost whose voice will soothe my children's memories, long after I've died.

And while I mourn this former me, I am filled with a guilt and a joy so great they bring me to tears.

I have always wanted to be this thing, immortal and benevolent and profoundly loved. Loved until I dissolved into the enormity of the word, until it absorbed me and replaced me with the all-powerful phantom caring for every child, every person, with a fierceness so raw and so bold and yet so constant that they disappeared into it.

I have always wanted to be a mom.

More:
MotherhoodParents30th birthdayparents-momsTurning 30
Newsletter Sign Up
Raise the kind of person you'd like to know
Subscribe to our parenting newsletter.
Successfully Subscribed!
Realness delivered to your inbox