This interview first appeared on Voices at Auburn Seminary

The week after 9/11 Krista Tippett launched a new show on NPR with a desperately needed conversation about Islam. Fifteen years later, Krista Tippett's show "On Being" continues to invite audiences to delve into the most pressing, complex, and exhilarating questions facing humanity today.

In her new book, "Becoming Wise: An Inquiry into the Mystery and Art of Living," Krista Tippett synthesizes and shares what she has learned from hundreds of conversations with diverse thought leaders.

The book is most remarkable for Tippett's own voice that radiates from the page, reflecting the generous hospitality she brings to conversations with others -- and sharing her unique and profound wisdom that resulted from these experiences.

Paul Brandeis Raushenbush: I'm going to say something that's going to be hard to take. When I was reading your book, I found myself resonating with and feeling most moved by your words and not by the people whom you've interviewed. I feel like we have witnessed your process of becoming wise through talking to these people... and now you are that wise person.

Krista Tippett: Yes, that is hard for me to take in. Thank you. It was so hard to write it and I think the hard part was getting to my voice. And then also some of the more personal stuff that I share, that came really late, (when) I realized I wasn't letting myself have all that redemptive imperfection that I look for in others.

PBR: When I heard the title, Becoming Wise, I thought: "Oh, it's a manual. Let me read this so I can once and for all figure this out." Of course, it's not that! How would you like people to approach this book?

KT: Well, I like to frame it as an adventure. The people I talk to let us into the adventure that this has been in their lives. The book is me opening up that adventure (that) I've been on, both as a conversationalist and also what my life takes me into as I engage with these ideas and these questions.

A manual sounds like drudgery. I worry openly in the book that this is not all about being serious and somber. Wisdom is about a lightness of step and joy as much as it is about being earnest. So, yes, I would say that the book is not a manual but a kind of companion on the adventure.

PBR: I want to talk about the five chapters - "Word," "Flesh," "Love," "Faith," "Hope." Was there one that was easier to write and one that was harder to write?

KT: They were all daunting in their way. The "Love" chapter is one of the most important ones to me -- and it was a real struggle and adventure to say what I was trying to say. Because even as I was writing about love as something robust, nuanced, muscular, and practical, I was just so aware of how hard it is.

KT: Some of what we've internalized about fighting for what we believe in actually works against a vision that we can work for beyond those fights.

I talk in the beginning of the book about this idea of the axial age and that the move that gave rise to humanity's questions of meaning, purpose, and morality was about understanding that our well-being is linked to the well-being of others.

In the 21st century, that question is not optional. It's a reality that our well-being is linked to that of people across the city or across the planet. But we've all been trained in this culture to be advocates. The work of being an advocate and the disposition and orientation to advocacy can actually get in the way of the axial move, which is understanding our belonging to others and working with that -- even our belonging to those people we oppose or those people who we feel are doing the wrong thing in the world.

So, I guess my point would be that for the greatest parts of the social justice agenda to be achieved, some of the work needs to be just helping people who are fearful and who are in pain and who feel threatened to engage their executive function. That's what the neuroscientists would say, right? People who we may want to sneer at -- and want to dismiss and condemn -- we actually need to help, as one human being to another. Help them get in a place to be present to this moment and to feel safe enough to change their minds or to see a bigger picture.

PBR: I think what you're addressing is embodied by King and Rep. John Lewis and others when they claimed the other even when the other didn't claim them. So it's a very particular strategic approach. I don't remember our country this fractured before. One of the things I'm trying to figure out is: how do we provide spaces for conversations that will allow for at least the humanization of one another, if nothing else?

PBR: I know Becoming Wise is not a manual, but what are some traits that you would suggest for people who want to develop wisdom in their own lives?

Krista: Start with the attention you give to the words you speak. This is one of the simplest things we do every day all the time, but to realize what power our words have. A corollary is (that) we become wise by asking better questions and being listeners, as well as speakers. As I say, generous listening is not about being quiet, it's about being present. So there's something about wisdom that knows the power of words and also knows the power of presence and of knowing when to speak is not the right thing.

I love all the neuroscience that tells us that what we practice, we become. I think it's emboldening. You might not think of yourself as having qualities of wisdom. You may think: "I'm not a patient person, I'm not a compassionate person," but these are actually things you can practice. You can act as if you are. You can do kind things and you will be - it's like a muscle that you're flexing. So, that's just a way to think about any kind of cultivation of your presence in the world. 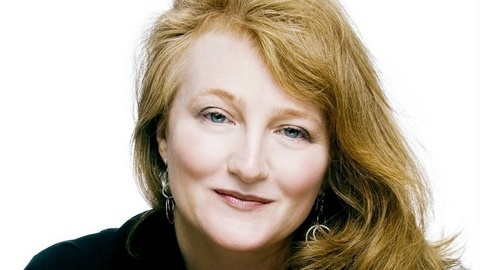