Dutch artist Jeroen Eisinga is self-indulgent and reckless, and probably happy to hear himself described that way. A self-styled daredevil, Eisinga established himself as a toer of "the line between ambition and helplessness" in the nineties by walking blindfolded in a circle against an automated VW Beetle. For his latest piece, "Springtime," Eisinga filmed himself getting covered in 150,000 bees.

The practice, known as "bee bearding," is said to have been started in the early 1800s by a Ukrainian beekeeper who wanted to show he was sympatico with his charges. Devising a system still in use today, he supposedly attached a queen bee to a cage below his chin to attract worker bees to his face (ergo "bearding"). Today, aside from the odd well-meaning entomologist intent on alerting the public to how nice bees are, bee-bearders are mainly in the freak show circuit, with the requisite warping of the practice into the sight of a man or woman (or both, getting married to each other) covered head to toe in bees. (One guess as to where in the world it's most popular. )

Eisinga, "a layman in the domain of beekeeping," according to liner notes from the Stedelijk Museum in Schiedam, where "Springtime" is running through mid-February, piled on nearly half the number of bees involved in the Guinness record for bee bearding (the record is 350,000). The resulting video tracks the horror movie scenario of bees "slowly but surely [covering] his whole bare torso, his shaven head and finally his face, like a single pulsing organism," according to the museum's liner notes, which also promise "a shudder from the public" and "an effect on their respiration too." Good!

The official "Springtime" footage isn't online in full yet, but we tracked down a clip in a Dutch video on Youtube (posted below). It features some hilariously incongruous jazz music and Eisinga chatting jovially in real time with an interviewer, while in the background his recorded self stares sadly out from a mask of bees. It's most funny if you imagine them as two completely different people: Eisinga A and Eisinga B, one of whom eats at restaurants, and the other of whom gets covered in bees. Before you watch, some screen shots.

Eisinga A having a meal before Eisinga B get covered in bees. This Eisinga: laughing!: 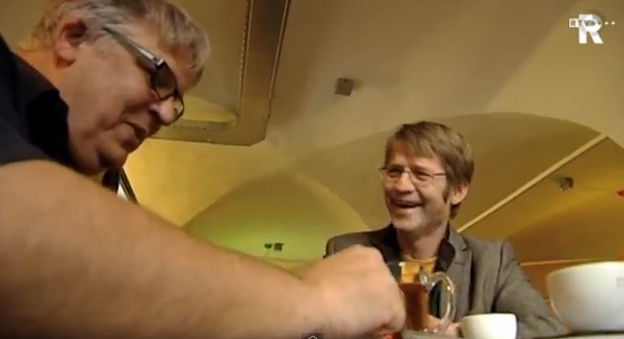 Eisinga A saying "Woo Hoo" just before B gets covered in bees: 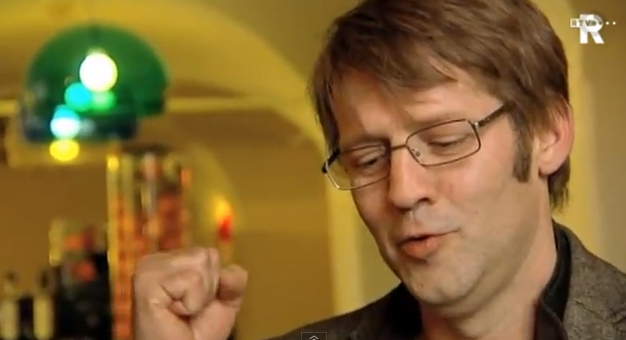 Eisinga B covered in bees: 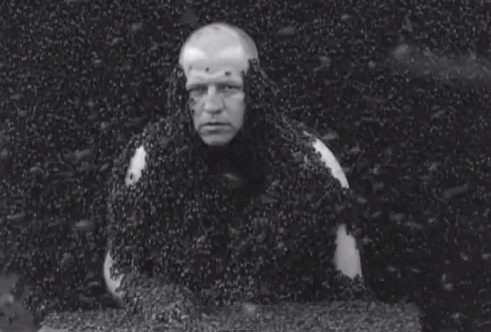 Eisinga A making conversation while Eisinga B thinks about death: 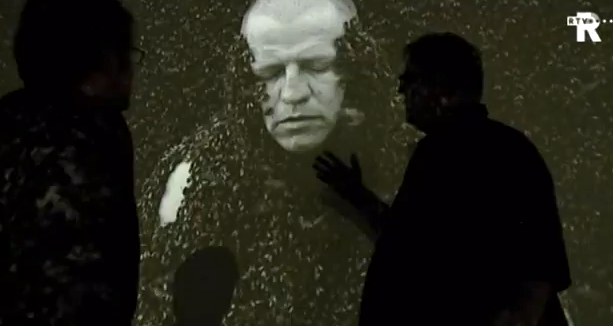 Close-up of Eisinga A. He's really interested in what the interviewer is saying!: 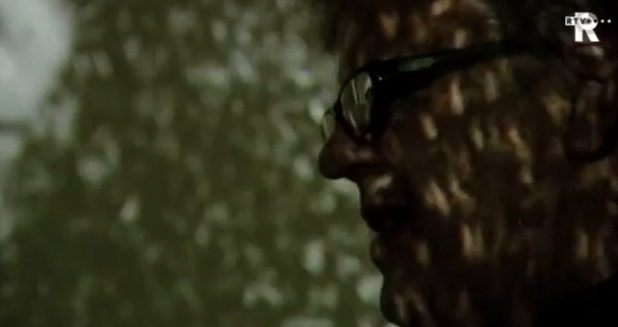 Close-up of Eisinga B. He's really covered in bees.: 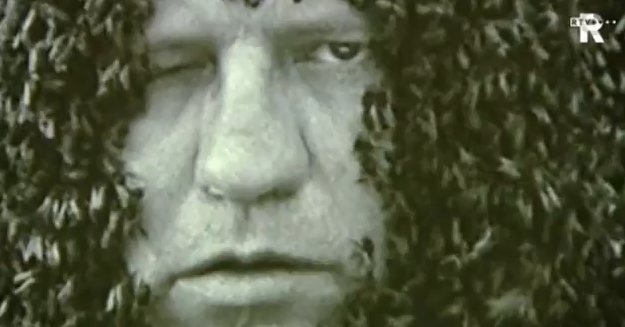 After being covered in bees: 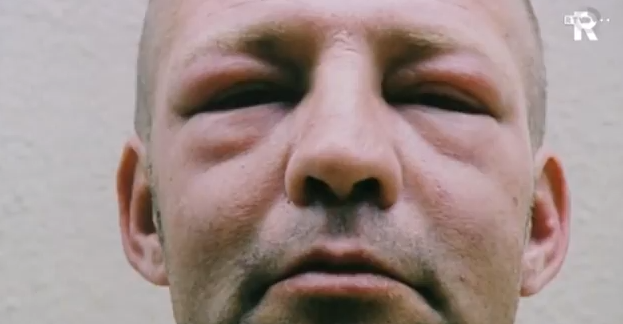 Phew! What a whirlwind ride those three went on, not at all together! You can watch the video for yourself below (man covered in bee action starts at 6:58). Bonus points if you understand Dutch and can translate in the comments.

(via Lost At E Minor)