How'd you like to live with a huge hive of bees swarming over your head? Reddit user klc88 made the startling discovery that his roof was home to a mind-boggling number of honey bees and posted images of the their removal to the online forum.

Posted with the title, "So I had a bit of a bee problem...," the images seem to show pest control experts removing panel upon panel of honeycomb. In the comments, klc88 offered more insight:

Everything was safely removed and just relocated! We weren't able to taste it though. They told us they couldn't be sure it was never sprayed with pesticides, even though we told them it wasn't. :/

The case seems reminiscent of another bee infestation recently in the news. Late last month, Ontario homeowner Loretta Yates was alarmed when honey started seeping through a crack in her ceiling. Further investigation revealed that 80,000 bees were nesting in two colonies in her first-floor ceiling.

Get a look at Reddit user klc88's bee-infested roof -- and we imagine a lot of honey -- in the below gallery. 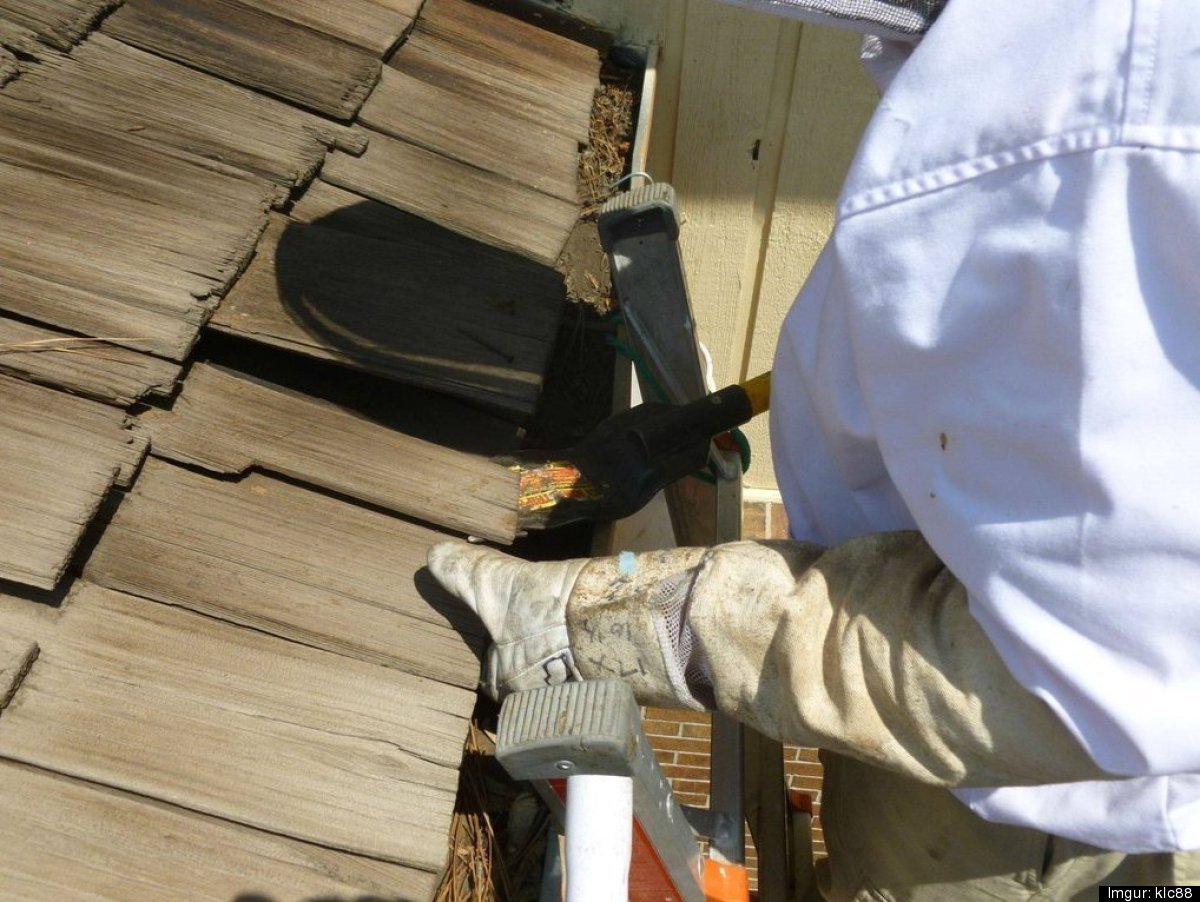