We owe a lot to wild bees.

The buzzing insects are crucial pollinators for many agricultural crops, from pumpkins and squashes to peaches and apples. It turns out, however, that wild bee populations are on the decline in some of the main U.S. farmlands that need them the most.

A team of researchers across the country identified these at-risk regions this month in the first national map of dwindling bee populations, which was published Tuesday in the Proceedings of the National Academy of Sciences.

HuffPost Science recently posed a series of questions about wild bee populations and why we should be concerned to Dr. Insu Koh, a post-doc research associate at the University of Vermont who led the team. What follows is a lightly edited version of our discussion.

Your research showed that populations of wild bees have declined significantly since 2008 in many of the nation's key agricultural areas. Where was the decline most severe?

We identified 139 counties in key agricultural areas, including California Central Valley, the Pacific Northwest and the upper Midwest, that are suffering from wild bee population decline and high demand of crop pollination. I made an app to show where these mismatches are currently.

Bee populations have long been known to be in decline. Was there anything surprising in your finding?

Now we have a map of the hotspots. It’s the first national portrait of pollinator status and impacts in the U.S. This study highlighted that this decline occurs in agriculturally intensive areas, rather than natural areas. These areas are also the most important areas for U.S. agricultural production, comprising 39 percent of the U.S. cropland.

Surprisingly, the study suggests some of the crops most dependent on pollinators — including pumpkins, watermelons, pears, peaches, plums, apples and blueberries — have the strongest pollination mismatch, with a simultaneous drop in wild bee supply and increase in pollination demand.

How many wild bees are there now in the U.S.? And how about domesticated bees?

There are more than 4,000 bee species in the U.S. The primary domesticated bee is the honeybee, which is typically imported from outside the U.S. There are a very small number of domesticated native bees, such as blue orchard bees and leaf cutter bees.

What is causing the decline of bee populations? Who or what is to blame?

Bees are pollinators, assisting plants to reproduce by taking pollen from flower to flower. What happens to crops and other plants when there's a shortage of pollinators?

If the shortage is ongoing, then we might lose some nutritious foods such as nuts and fruits. It also may impact our natural ecosystems because 70 percent of flowering plants rely on animal pollinators.

Can birds, beetles and other pollinators "take up the slack"?

In tropical zones, non-bee pollinators are also efficient crop pollinators, but in temperate zones bees are the major group of pollinators.

If you like almonds, apples, blueberries, and watermelons, you should worry about bee decline."

What does the decline of bee populations mean for crop growers, and for consumers?

If this decline is ongoing, it may destabilize crop yields. This might mean farmers are more dependent on managed honey bees, which would increase colony rental costs. Both of these things come at a cost to farmers, which translates to consumers paying more dollars to buy food.

Just how concerned should we be about the decline?

If you like almonds, apples, blueberries and watermelons, you should worry about bee decline.

What, if anything, is being done to protect bee populations in the U.S.?

In Midwestern and Pacific states, there are restoration programs for introducing pollinator habitats near farmlands. This helps bee populations.

What do you foresee for bee populations in the U.S.?

If intensive agricultural areas continue to expand, without any conservation and restoration efforts, then I expect more mismatched areas of pollinator supply and demand. 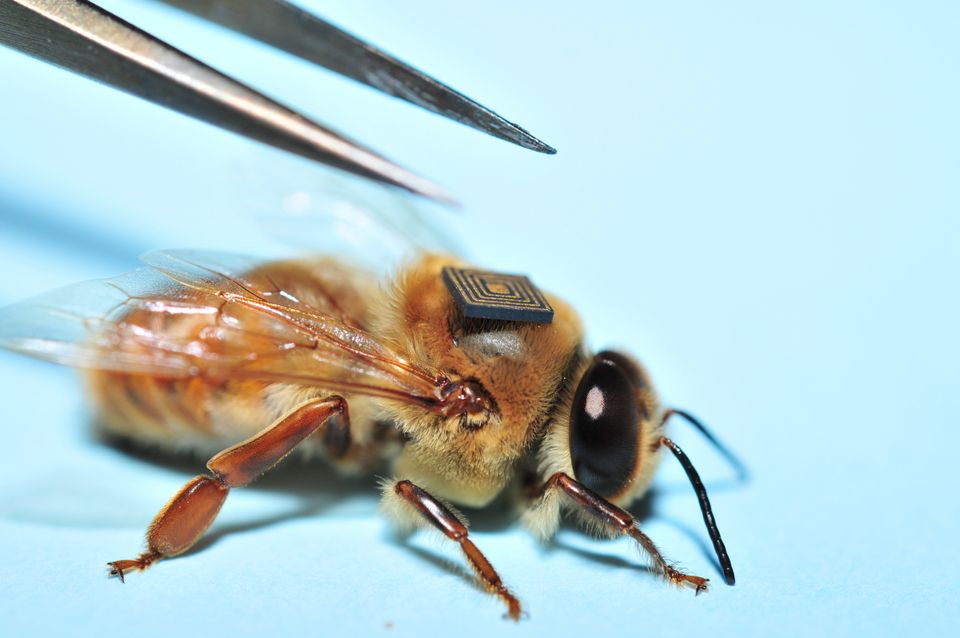