This might be your worst nightmare, but in Shaoyang, China, it's just part of an annual tradition.

The annual bee-wearing contest didn't exactly attract a swarm of entrants, but two Chinese apiarists competed to see who could attract the most bugs to their bodies in an hour-long contest, the BBC reported.

Contenstants wore nothing but shorts, goggles, and nose plugs, and stood on a scales so that the weight of the bees could be calculated.

Each contestant attracted the bees by locking a queen bee in a small cage and tying it to his body.

The victor? 42-year old Wang Dalin, who added about 52 pounds of bees to his frame

Take a scroll through some of the photos of the event and let us know which photo is the craziest! 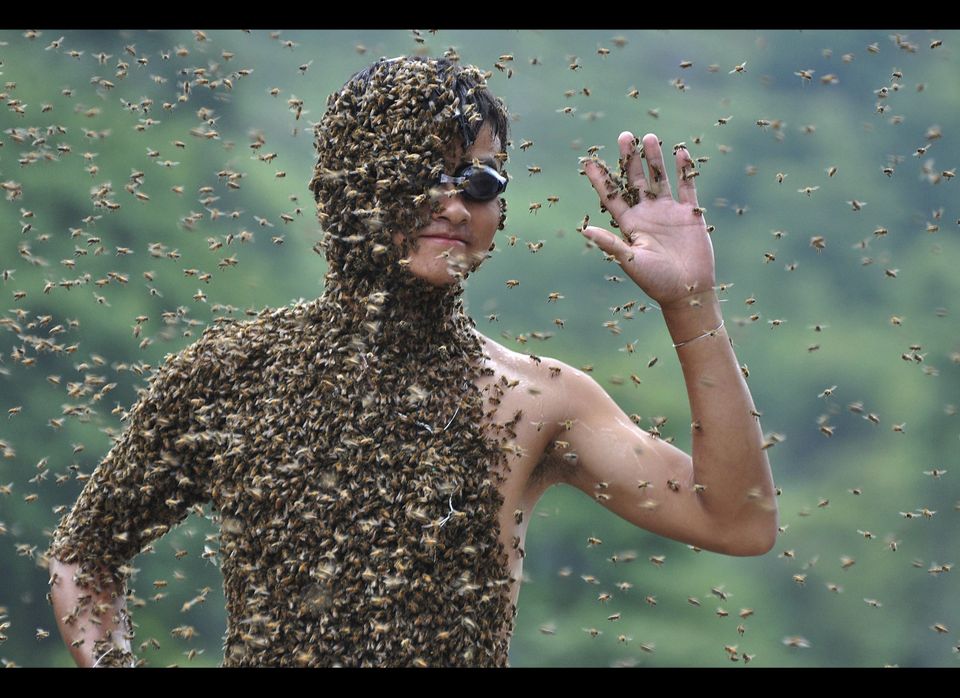