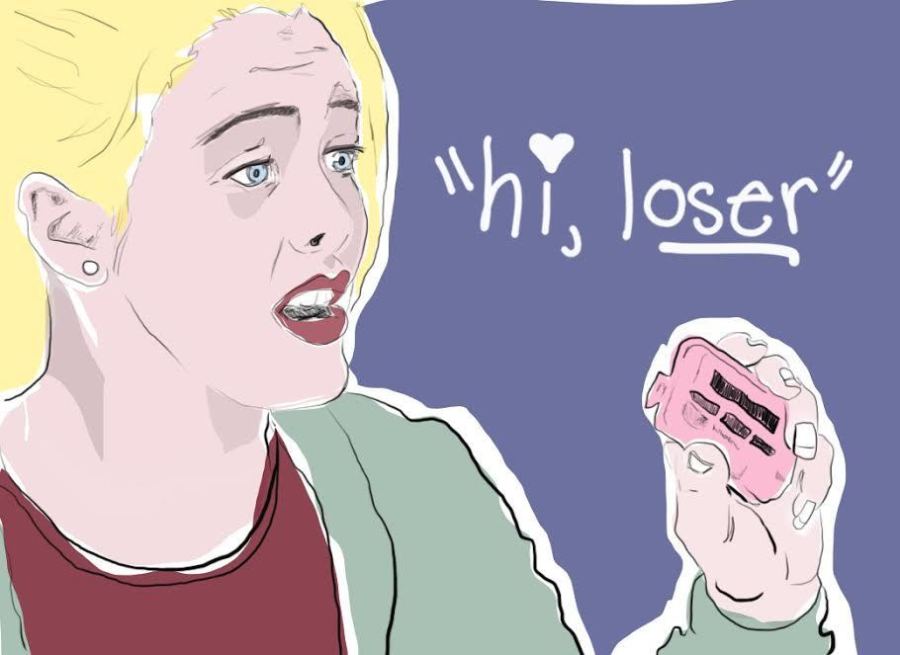 A subhead from a 1997 LA Times article on teens experimenting with a brand new language reads, “Technology: Messages made from numerals are popular nationwide.”

Messages made from numerals? MESSAGES MADE FROM NUMERALS? Sound the alarm: the English language is on a quick decline, and will soon cease to exist as a thing comprised of words that can be said out loud. Just when we thought we were safe, with our letters and complete, properly punctuated sentences, teenagers have arrived on the scene and, as usual, have ruined everything.

Except, actually, they haven't. The article -- a well-reported piece on "pager-speak," and how youth across the country use it to communicate shallow messages such as "Hi, loosr" ("41*700512") or "Want to smoke pot?" ("420") -- implies that teens were at the helm of a potentially lasting shift, and refers to them as "young linguists."

Of course, nearly 20 years later the technology referenced is outdated, so the concept of a bunch of high-school students making lasting social change is evidently a little silly. A Soft-Cell Communications employee is quoted as an expert: "They're on the cutting edge ... They're the ones inventing the uses of the pager."

Sound familiar? The tone is echoed throughout think pieces on emojis, which have been described as a new universal language and evil readymades reducing human emotion to banal icons. The raucous language we use to talk about language trends -- emojis in particular -- can make it feel like a linguistic doomsday. But, more often than not, these teen-driven trends are just that: trends.

Emoji might've been used to "translate" an adaptation of Moby-Dick, but many linguists believe they don't have the properties of a proper language. Sociolinguistics scholar Lauren B. Collister says emojis, while useful in communicating tone and humor, aren't fundamentally similar to any existing languages; they are more of a tool to append to text-based communication.

"Emojis, while they do have some basic conventions for their use, do not have the regular, recursive grammatical structures that are a fundamental part of human language," she told The Huffington Post. "Furthermore, while some emojis do have cross-cultural meanings, each symbol has different cultural and even individual interpretations. There is a cloud of meaning around each emoji that makes it difficult to pin down its exact meaning."

So, even with Apple's addition of racially diverse emoji, the symbols are far from universal. And, because using a string of the tiny facial expressions, flora and fauna typically involves few basic grammar rules, more conventional language is needed to explain what's culturally lost in translation.

This is because all languages, whether orthographic or pictorial, operate under governing laws that allow writers and speakers to construct a string of words with or without meaning. As Motherboard notes, "You can’t have the emoji equivalent of a nonsensical, ungrammatical English sentence like 'Lucy the hops beetle quietly James.'" When texters around the world see an emoji, they likely think of the word it represents. They are, then, a stand-in for language, so it's unlikely that they will soon earnestly take the place of language-constructed texts, let alone entire novels.

A more likely scenario: emojis will be around for as long as their platform is, adding fun flavor to texts. In the unlikely event that iPhones go the way of the beeper, emojis -- a trendy affixation to text-based language -- would probably be replaced by another initially teen-driven trend.

"Teens are certainly some of the most creative language users," Collister said. "Emojis are another resource that is available for their use to add flavor and creativity to language."

So, to quote the LA Times on the proliferation of numeric, English-like symbols, technology has a history of helping young people develop "a growing lexicon of the mundane, offbeat and obscene." Let's hope the next one's as 1337 as those past.