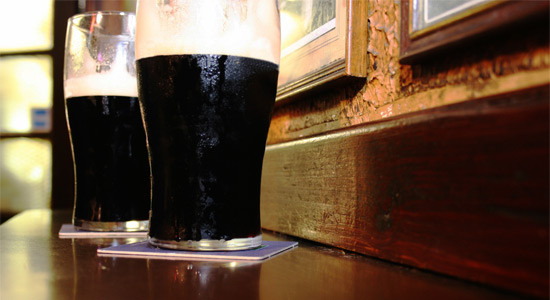 For the past several years, I've gathered with others weekly at a pub to talk about God over beer. Beer, as we all know, is delicious -- and God, well, he's a bit mysterious, so here's where the beer comes in again.

When these gatherings occur, there's as likely to be an atheist or two as a traditional believer, there may well be someone who is somewhere between faith and agnosticism, and on a good night, there'll be a Jewish person, perhaps a Muslim, and maybe even a Baha'i or Wiccan to keep the peace. You may also find a Methodist or Nazarene sneaking a pint.

When we gather, the point is not for me to have them drink enough beer so that they're all ready to pray and receive Jesus at the end of the night. The point, as far as I'm concerned, is that we create a space together in which we all learn from each other, sharing thoughts, insights, critiques, practices that relate to our spirituality and to our view of the world. In this setting, a humanist can feel just as at home as a Baptist. And this is hardly a new practice, as people have been philosophizing over pints for centuries. (Understanding that alcohol is frowned upon in certain traditions, or that we may have some recovering folks among us, we make sure that it's OK to have a root beer instead of an IPA.)

To me, these weekly gatherings are a taste of heaven. But others see it differently. An evangelical friend asked me the other day:

Why should we Christians spend our valuable time hearing out people's opinions that God would consider foolish, unwise, useless? Jesus spoke truth and offered it to [people] in love to accept or reject. He gave them a choice then moved on.

In other words, it's fine to respect people, but learn from them? It's fine to spend some time with nonbelievers or people of other faiths, but if they don't get on board with your faith, move on. Next!

After all, there are more souls to save, why spend time week in and week out with people who don't get it, people who may have no intention of getting it?

My response to this is: I'm at the pub every week because my soul needs saving. Saving from the idea that I have the world all figured out. Saving from the hubris that makes me think my spiritual life is optimal, that my theology is perfect, that my understanding of God is the purest in the world. I need to be saved from the creeping sense that if only I could get everyone to think like me, then the world would be OK. Because you know what? It wouldn't.

I am as broken, flawed, messed up and hopeful as the next person. I agree with my friend that Jesus can transform us. Absolutely. I am in that process (at least, the very beginning stages). But I tend to pause before telling a Buddhist, who is more patient than I am, more loving than I am, more generous than I am, that my path is better than his.

In this space, for one night at least, we turn it around. We learn from the humanist, from the skeptic, from the religious other. We pursue truth together, rather than assuming one group holds a monopoly on it.

Regulars at Pub Theology come because the space respects and allows for other voices to be present at the table, which an honest pursuit of any subject would allow. Somehow when it comes to religion, we feel the need to control the flow of information, control who is allowed to have a voice, who is allowed to speak, who is allowed to join the conversation. (I would also venture a word of caution before determining whose views God deems foolish.)

If God is about freedom and truth, as I believe he is, then he's not too worried about other voices at the table, because the truth doesn't need to be afraid of anything, and because -- I trust -- God is a God of radical hospitality, even (or perhaps especially) toward those who are usually excluded.

So yes, I do think that spending a night at the pub connecting with people of other faiths is worthwhile, and it is driven by my desire to follow Jesus. Because I see him in other people. Even if they call it something else.

Pub Theology has helped me consider not only the content of my faith -- what I believe -- but even more so, how I hold my beliefs and my faith. And I've discovered that at the pub, with fellow believers, atheists, agnostics and believers of other traditions, something magical happens around that table, with half-full pints and honest conversation. My hunch is that our world would be a better place if more people with differences came together to learn from each other, rather than allowing unwarranted assumptions to grow into ignorance, hatred and division. Around this table, instead of building walls, we tear them down. Instead of assuming, we ask, and say, "Teach me." Instead of attacking each other, we buy another round. Instead of 'moving on', we become friends.

My hope as a Christian is that Jesus came to heal our world, and that he invites us to experience this and share it. Perhaps this space of welcome is a very small piece of that unfolding, here and now.

I'd like to think Jesus would raise a glass to all of that.