No matter how you say it, the clink of glasses brimming with beer can bring universal joy to humans. But the preferred choice of amber nectar differs vastly by country.

Vinepair, a site focused on wine and booze, mapped out the world’s favorite beers by cross-referencing corporate earnings and research reports. Countries where data were unavailable, such as Papua New Guinea, Angola and Mongolia, were excluded. 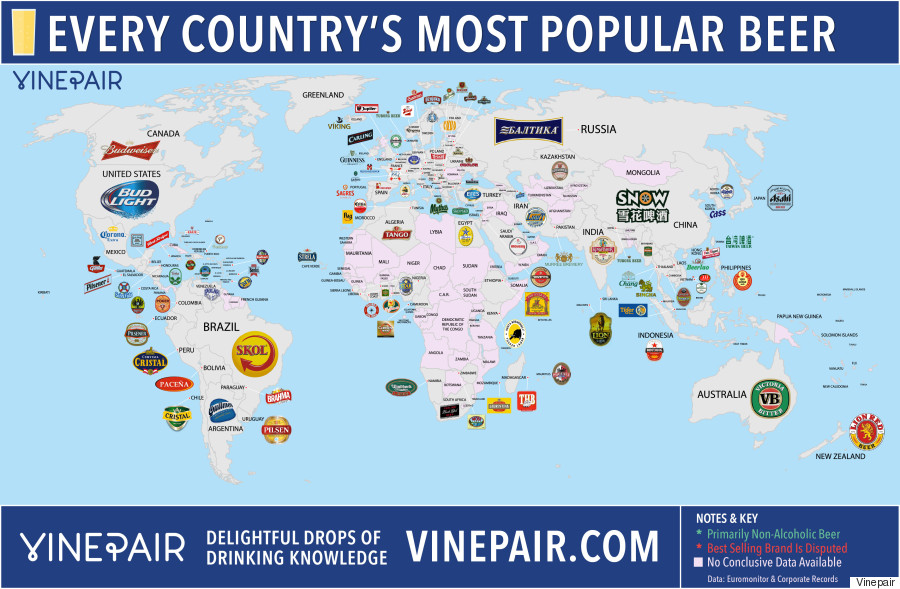