Tens of thousands of dead bees and other insects were found in a Target parking lot in Oregon earlier this week in what is being called one of the largest mass deaths of bumblebees in the western U.S., a local environmental organization says.

The dead bumblebees, reported to be around 25,000 number, were found by shoppers under blooming European linden trees in Wilsonville, Ore., according to the Xerces Society, a Portland-based nonprofit that studies bees and other invertebrates. Xerces was the first to document Monday's mass death.

Update (June 21, 12:15pm): Bee-proof netting is being installed to cover the 55 linden trees in the parking lot to prevent further bee deaths, The Oregonian reports. The paper also reported that the Oregon Department of Agriculture is working with a number of organizations, including the maker of Safari, the insecticide suspected in the deaths, to determine further action.

While the cause of the die-off remains unknown, the organization believes the incident may be from a toxic pesticide that was used on the trees for cosmetic reasons, or simply because the trees are members of a poisonous species.

The Oregon Department of Agriculture is working to determine the cause.

Bees have been dying in remarkable numbers in the U.S. since 2005, greatly reducing the number available to pollinate many of the nation's fruits and vegetables.

The epidemic, known as "colony collapse disorder," caused U.S. bee keepers to lose about one-third of their colonies last year. Researchers believe the epidemic is due to a relatively new class of insecticides known as neonicotinoids, which are chemically similar to nicotine and are thought to reduce bees' capacity to learn scents, making it difficult for the insects to find food.

Clarification: The 25,000 dead bees were bumblebees, although some dead honey bees were also found in the parking lot. Colony collapse disorder is a malady primarily affecting honey bees.

Photos compliments of the Xerces Society 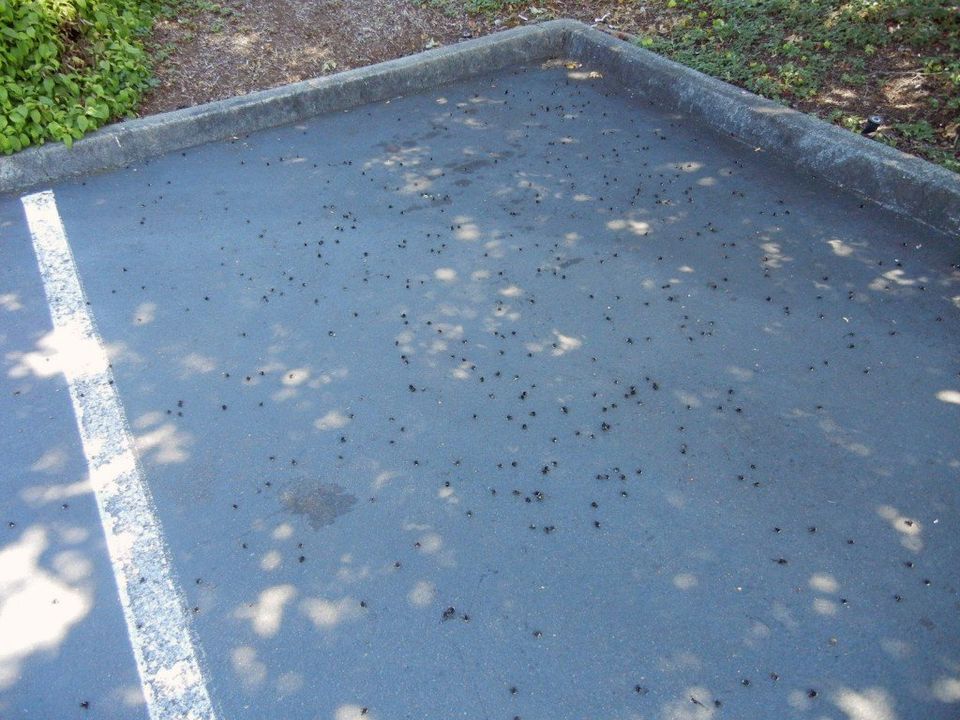