The Beijing-based artist and beekeeper Ren Ri is a focused man. His new three-part series -- titled "Yuansu" in reference to the Chinese word for "element" -- turns bees into his collaborators. Yuansu II features sculptures made by bees, of beeswax. 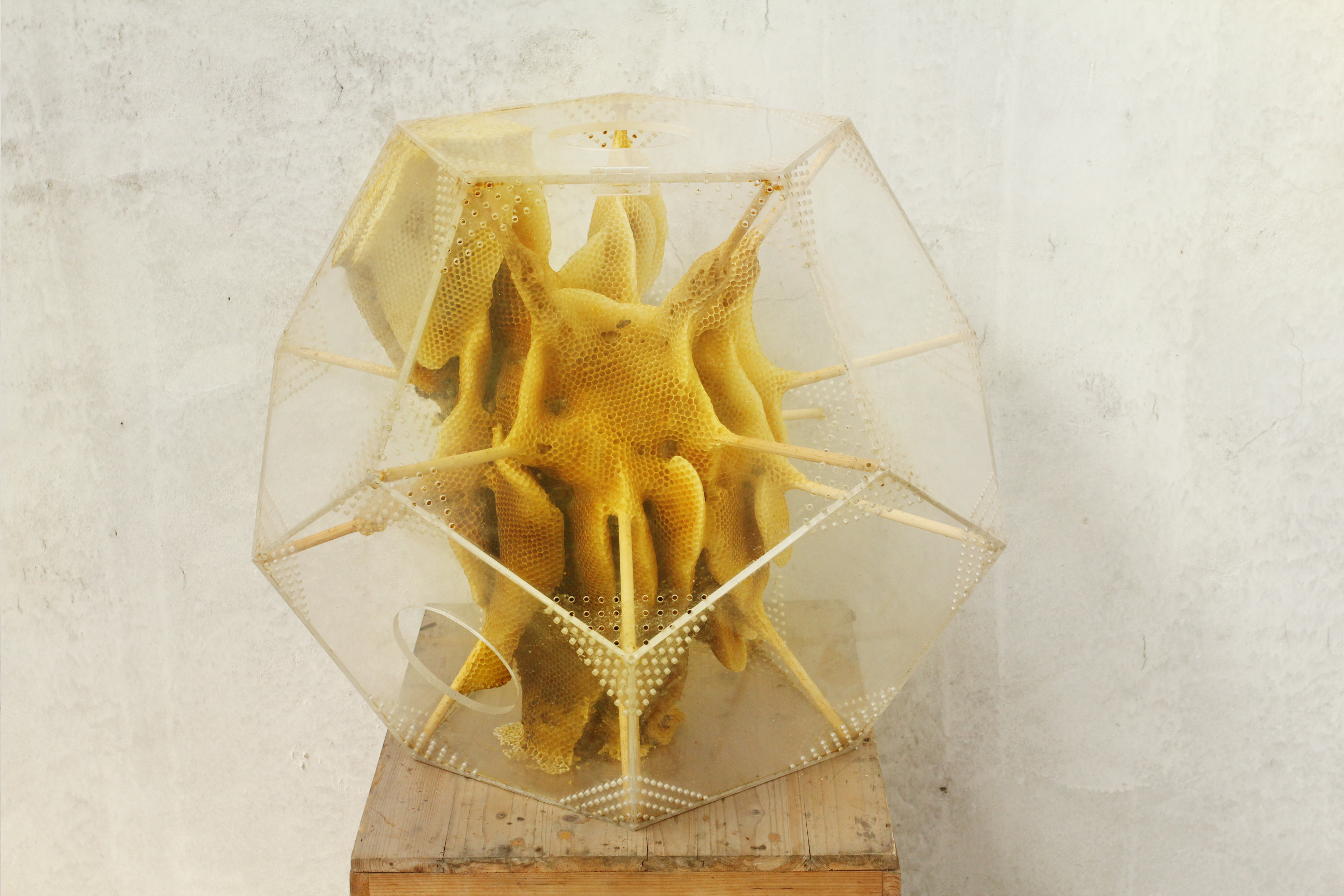 In an interview with CoolHunting, Ren explains the "special" properties that make beeswax such an interesting material:

“It’s unstable and can change shape with temperature. The structure of wax cells is orthohexagonal, which is an inconceivable feature in the natural world and it’s a peculiarity of honeybees." 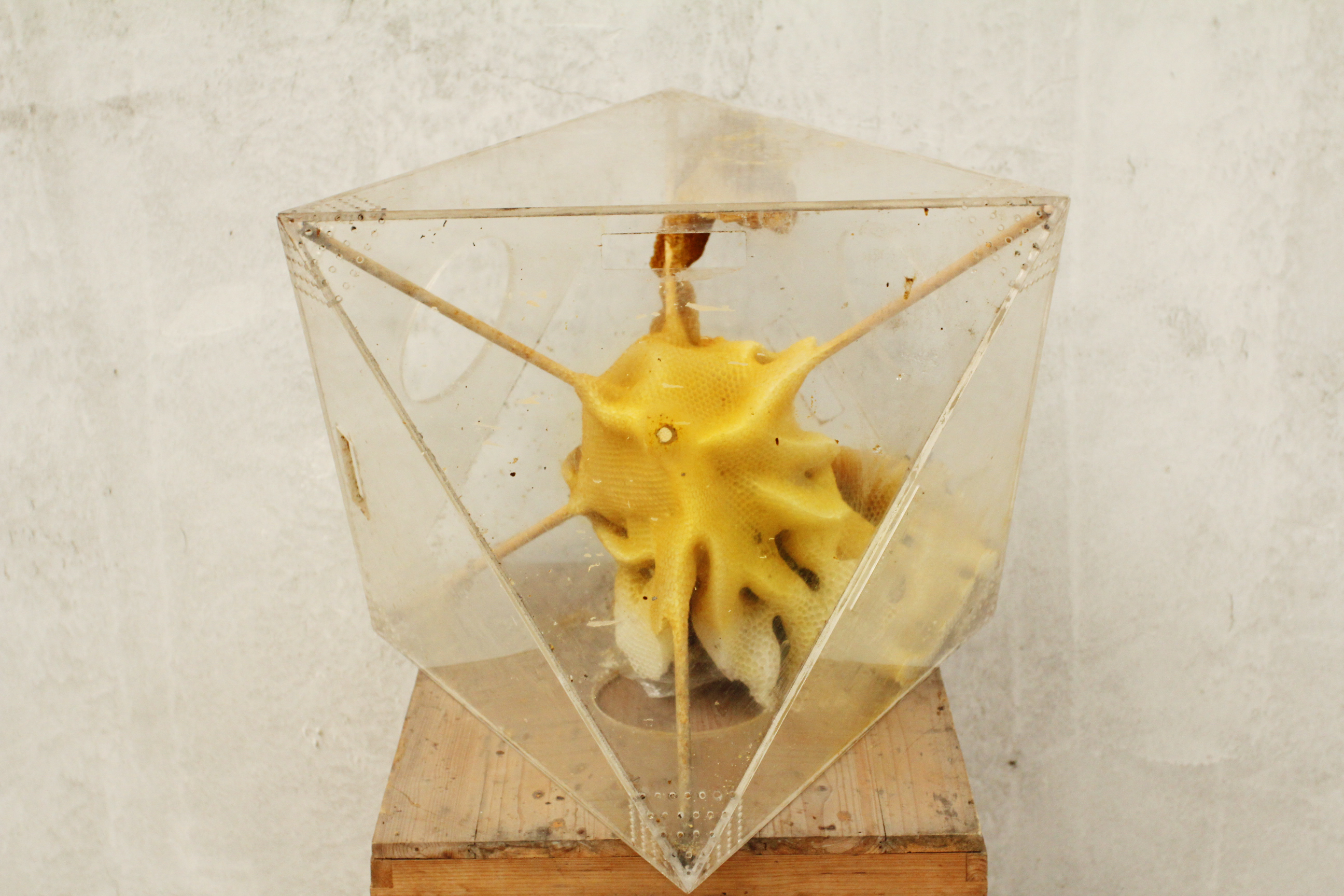 The sculptures are housed in transparent plastic polyhedrons. At the center of each is the queen bee, positioned thusly so as to enable the worker bees to build around her. They build symmetrically, due to the even planes of the polyhedrons. Every seventh day, Ren changes the gravity of the structure by rotating the box onto a different side. The act is in reference to the biblical concept of creation, but introduces a random element. Ren determines how to shift the box by the roll of a dice. Each time, there's no telling how the bees will react to their new environment. 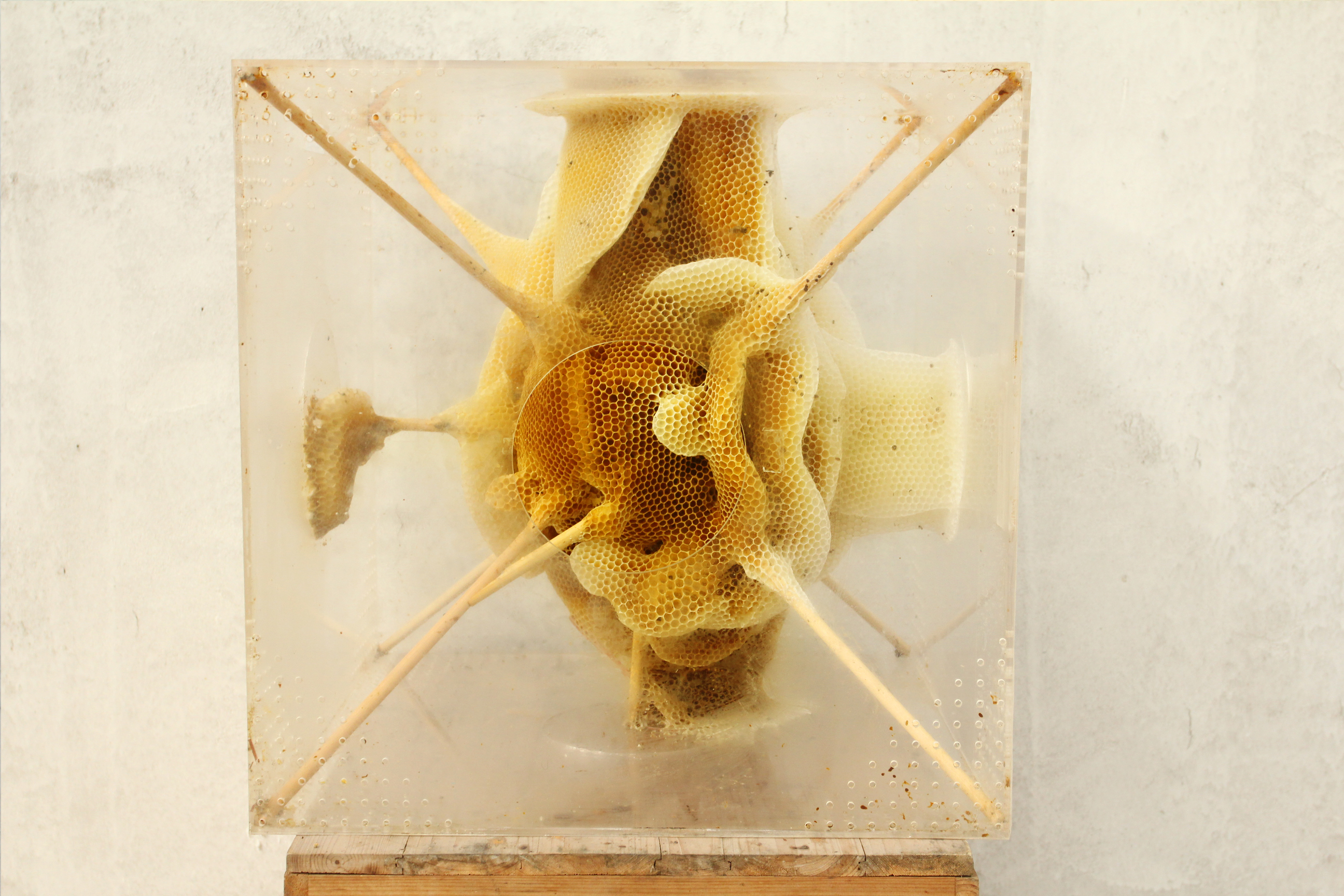 Ren is concerned with the ways of nature. He's also interested in cutting out human intervention. One of the purposes of Yuansu II is to "eliminate the subjectivity of the artist" via "the mediation of bees," Ren explains in the interview. 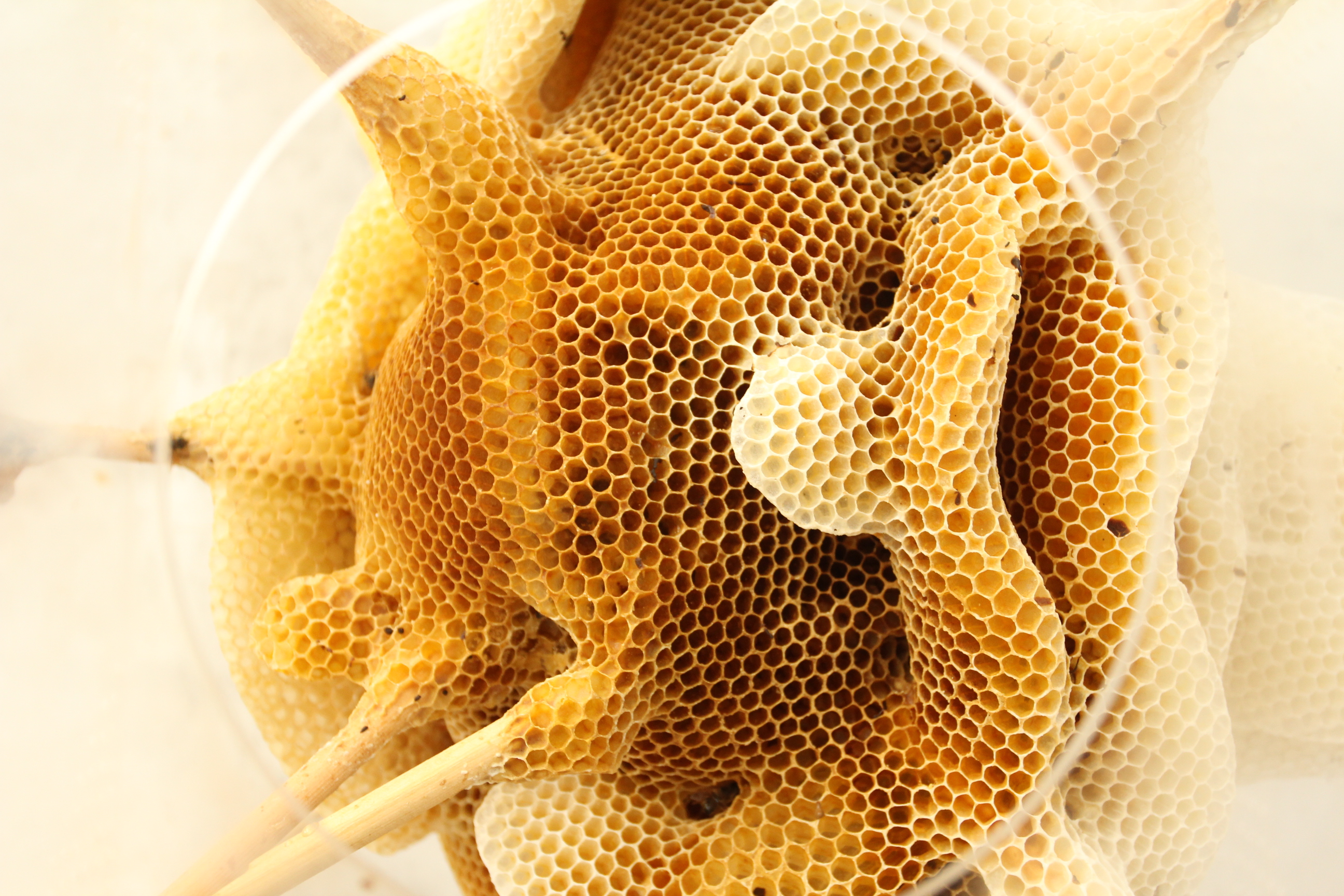 The sculptures can be seen at the T Museum for Contemporary Art in the Chinese city of Hangzhou until early August. For more on Ren's work -- including a performance piece that involves (steel yourself) Ren pressing bees to his face -- visit CoolHunting.

Arts On Our Radar Performance Art 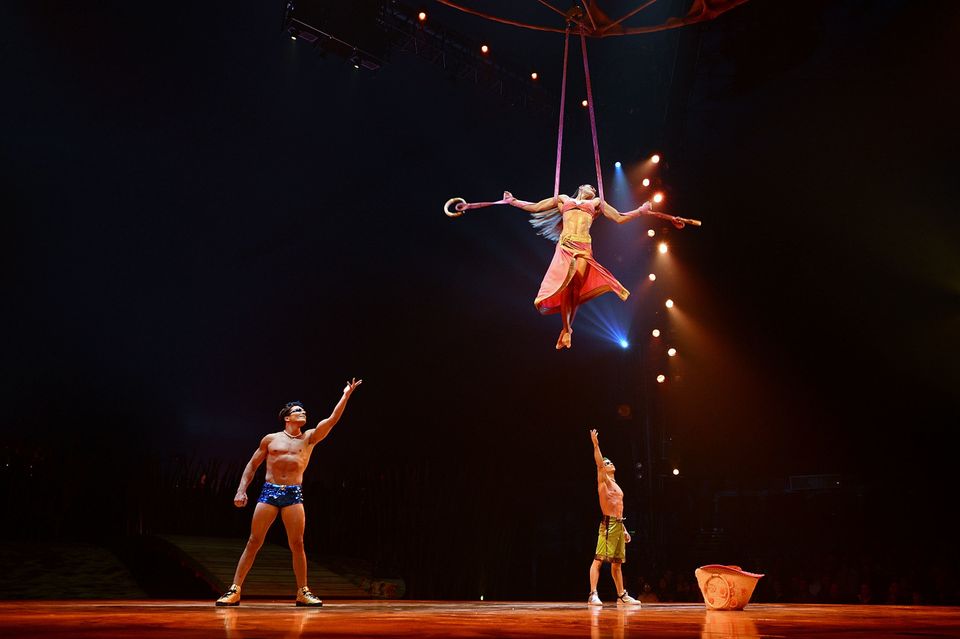