The BeetleCam is back and it's taking Kenya's Masai Mara by storm with some incredible shots of the precious wildlife on offer.

Capturing shots from less than a foot away from a lion, even the most fearless of photographers couldn't hope to capture such breathtaking photos.

The brainchild of William and Matthew Burrard-Lucas, a pair of British brothers and wildlife photographers, BeetleCam made its debut on its first trip to Africa back in 2009. Since then, a second camera has joined the safari photo mission.

Armed with a Canon 550D, the first rover to embark on the 2011 mission focused on taking still shots. The second was a more advanced model, providing a live video feed from a Canon 1Ds MK III, according to the brothers' blog.

For those keen to learn more about Beetlecam's adventures, worry not. There's a documentary in the works that follows the every move of the fearless duo.

For a look at more incredible wildlife, check out these photos and videos of threatened orangutans, scaly anteaters, and big cats.

Check out a slideshow of the BeetleCam 2011 project's images of big cats in Kenya's Masai Mara below, followed by the BeetleCam preview trailer.

PHOTO GALLERY
Beetlecam Gets Up Close With Lions In Kenya

BeetleCam Project 2011: Lions Up Close At The Masai Mara (PHOTOS)
Beetlecam Gets Up Close With Lions In Kenya 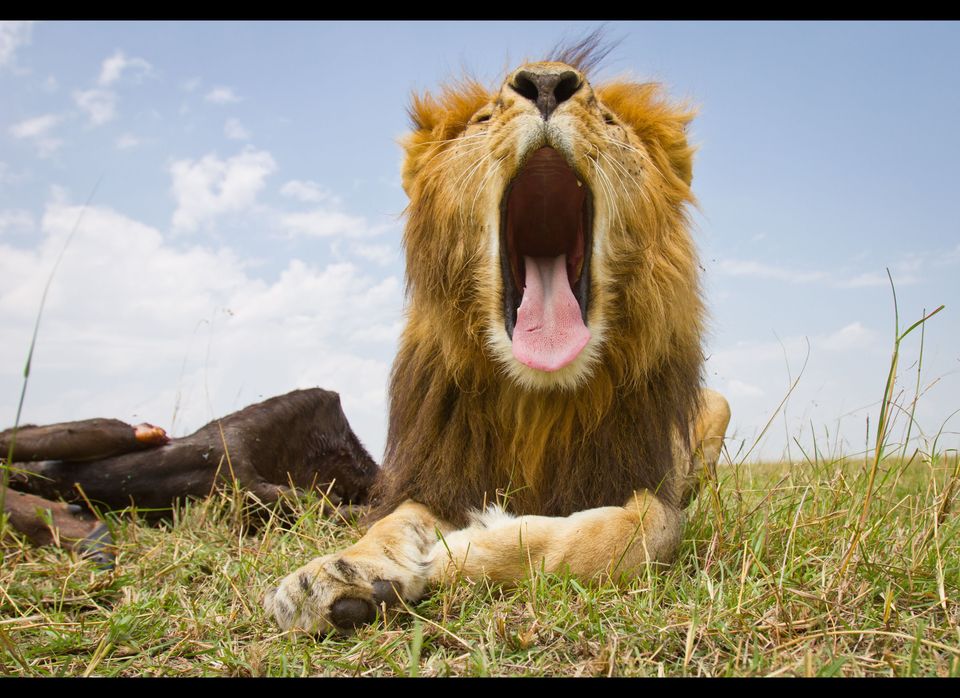 1 / 4
Beetlecam Gets Up Close And Personal With Lions In Kenya
A male lion is photographed with the Beetlecam in Masai Mara National Reserve in Masai Mara, Kenya. Credit: Burrard - Lucas / Barcroft / Landov.