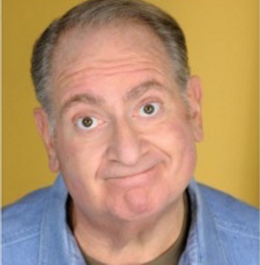 It doesn't matter where in the world you live.

It doesn't matter what your politics are.

The negative, nasty and vindictive tone of the US presidential election--from all sides--has affected us throughout the globe.

Saturday Night Live, the famous US comedy show, has been skewering both presidential candidates for the past few months...so well, in fact, that if you were to close your eyes while watching, it would be hard to discern the satire...

Last night (I write this on a beautiful Sunday morning in Boston where I got an extra, blessed hour of daylight saving time sleep), Saturday Night Live did the ultimate and turned the tables, yet again, making the target of their biting satire the ugliness of the rhetoric:

Truth is, I was going to write a piece on elections in general, across the globe, about poor voter turnout and younger people not bothering. My worry is that we're lost in some Reality TV Universe where we think that "liking" and sharing is the same as actually doing something important like voting.

Then I saw the SNL opening and I felt compelled to share with you, my readers, an event of last week that saddened me and many others, but even in its devastating sadness brought a smile to my face along with some uncontrollable belly laughter.

After a protracted battle with cancer, Max Alexander passed away.

Max was a solid...Vegas, movies, TV. He was a comic's comic, friends with the greats, always working good gigs, fastidiously dressed, topical to the minute and unafraid to take on any subject. I provide you with a clip, but put the drink down first...you know that laughing-and- liquid-up-the-nose thing.

Max was the gentlest of souls. The nicest, sweetest human imaginable.

He was friends with the greats and older legends like Jerry Lewis, who loved him, but he was also kind to the young up-and-comers.

Chris Rock tells a story about how Max once drove him home after a stand-up gig because he had money only for the subway and it was 2 in the morning.

Read the posts on Max's Facebook page from all the comics that he mentored and coached...never with self-aggrandizement, never with ego and never with agenda.

And see what the current greats have to say: 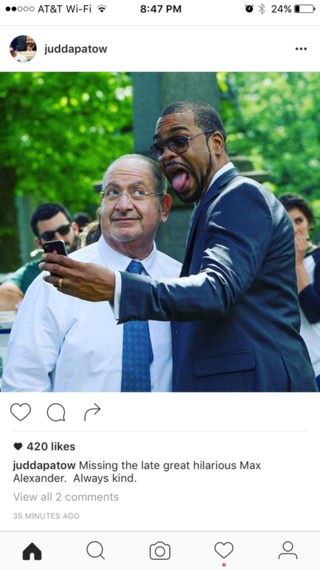 He was simply a good person.

In a twist of fate, his kidneys failed a number of years ago and as he said--in a scenario that no one would ever have believed if he'd used it in on stage--his brother the rabbi gave him his kidney.

And then fate struck again--while the kidney transplant was a success, Max suffered a stroke and had to relearn to walk and talk. He did return to stand-up and movies and writing lines...albeit it at a slower pace.

While he was in rehab, Max would visualize the joke in his head before he could manage to get all the words out, which would cause him to start laughing before he could reach the punch line. And then he'd laugh even more--and so would we--as he made it all part of the joke

But then the final twist--cancer and myriad complications were too much; that great heart just could not take it anymore.

Max never wallowed in self-pity. He never asked for anything. His breath gave what he knew how to give best: the love of laughter.

His comedy was never nasty; he never sought to put down others. He never forgot where he came from and he always appreciated where he had gotten to and he shared his success.

When he visited you, he didn't bother bringing some bottle of wine he'd quickly purchased on the way over; instead he showed up with some interesting thing that was all about you...never about him.

I will miss dining out with him. Waiters used to crowd our table not knowing who he was, but hearing that some guy one of them was serving was hysterical.

I will miss our talks. No matter how bad it got for him, he never descended into gloom or negative spaces and he never let you fall either.

And I will miss his posts, his random FaceTimes, his texts and his excitement about such things as having the latest unsalted potato chips. As he would say, "Now there's a joke!"

Those of us who knew him were blessed. Those of you who didn't know him can be blessed by his legacy...

So as I contemplate Election Day in the United States and as I listen to the hatred being spewed by all, across all channels, I think of Max. And I smile and I laugh and I hope that when the dust clears, we can all somehow do the same.

RIP, my dear friend. As sad as I am, you still make me laugh.

Thank you all for reading. I will share one last lesson from Max...

There are words that are funny. Some comics assume that the raunchy or nonpolite version of the word is what makes people laugh. Not true. Next time you go into KFC, ask for the chicken bosoms, if you dare.

P.S. As I go to vote on Election Day here in the US, I will be thinking of Max and that bucket of chicken bosoms. Somehow I do believe that will make the world just a little bit kinder...