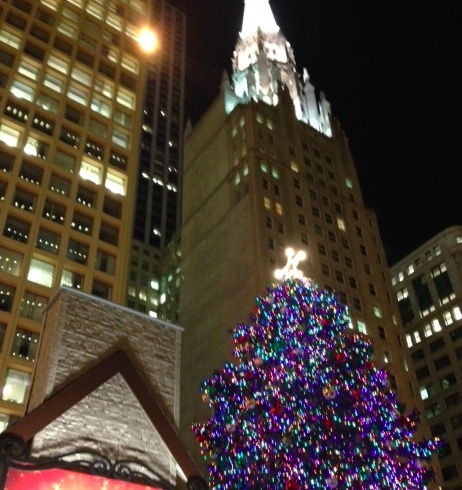 It's that time of year, I guess. The supremely ironic "If you want to piss a liberal off, wish them a Merry Christmas" and "Merry Christmas, so there!" posts have commenced. Most recently, I was compelled to respond to one such social media post by an otherwise tactful acquaintance of mine -- I just couldn't let it go as it was. Happily, it was well received, at least in appearance. My full take on what I believe is a serious issue as regards this holiday, with a quote from my literary idol, Charles Dickens, follows:

When Emperor Constantine legalized Christianity in 312 AD (the Edict of Milan) he assigned a date to celebrate the Christian savior's birth to coincide with the Winter Solstice and to fit into his new calendar. Historians, Christian and other, calculate Jesus of Nazareth's birth to have occurred in early Fall, based largely on census records and astronomical guides.

In addition to the actual birthday celebration being fully symbolic in its relegation to time as measured and charted by men (and I do mean males) of power, and being that almost all of our tangible Christmas traditions are based on pagan celebratory practice, from trees to wreaths to lights, figural foods and feasts, it seems to me this is a holiday anyone can embrace as literally or figuratively as one's philosophical view guides them. Virtually every aspect of this Christian holiday is indeed a contrivance; indeed, we witness its fallout in the paradox of Mankind's often difficult Everyday, where the difference between holiday sparkle and magic lies in painful contrast to the stark and disenchantment that is reality for so many, on so many levels.

Here's my fave quote on this whole holiday thing, by Charles Dickens, as through the voice of Ebeneezer Scrooge's nephew, in his classic A Christmas Carol, which by force of its publication alone revitalized an entire holiday and gave birth to the holiday industry as we know it, something we to this day enjoy and are equally beholden to, for better or worse:

"... I have always thought of Christmas time, when it has come round -apart from the veneration due to its sacred name and origin, if anything belonging to it can be apart from that- as a good time; a kind, forgiving, charitable, pleasant time; the only time I know of, in the long calendar of the year, when men and women seem by one consent to open their shut-up hearts freely, and to think of people below them as if they really were fellow-passengers to the grave, and not another race of creatures bound on other journeys. And therefore, uncle, though it has never put a scrap of gold or silver in my pocket, I believe that it has done me good, and will do me good; and I say, God bless it!"

My question is this: Where is the Spirit of Christmas in aggressively posited greetings, especially when done with the intention not to spread good will but to antagonize?