"I've played some Dads in my day."

Anyone familiar with Eugene Levy's filmography knows that the above statement is true. After all, this Canadian comedy legend played Jim Levenstein's Dad in all eight installments of the American Pie sex comedy series. Not to mention that hyper-competitive papa in Cheaper by the Dozen 2. And let's not forget that Eugene is currently appearing alongside his own children - Daniel & Sarah Levy -- in Pop's popular dysfunctional family comedy, Schitt's Creek.

So given that he's already played so many patriarchs, what made Levy decide to add one more Dad to his repertoire by voicing Dory's father Charlie in the highly anticipated follow-up to Pixar's Finding Nemo ? 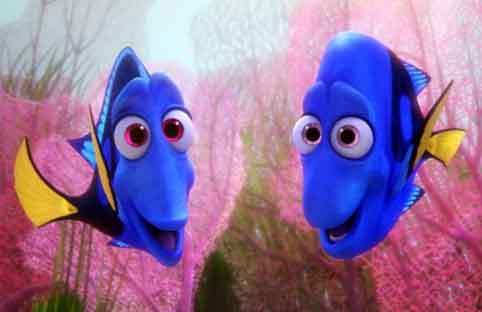 "To be honest, they didn't have to pitch me on this thing," Eugene recalled during a recent phone call. "I mean, it's Disney Pixar. They're the absolute best at what they do. Which is creating these great animated features that brilliantly blend comedy and emotion. Plus - what with Finding Dory being the sequel to Finding Nemo - you had the sneaking suspicion that this movie was going to do okay at the box office. So given that I was being offered the opportunity to work with the very best people in this field, that's pretty much all it took for me to say 'Yes. I'm in. Thank you.'"

Mind you, Levy agreeing to come voice a character for this new Disney Pixar production had something of an Old-Home-Week component to it. Given that the first big Hollywood production that Levy worked on - Ron Howard's Splash -- was one that he made for the Mouse.

"Splash was the very first film that Disney released under its new Touchstone Pictures production banner. If I'm remembering correctly, the thinking behind Touchstone was that it was going to allow Disney to start making movies with more adult appeal," Eugene said. "Lowell Ganz & Babaloo Mandell had written this script that was kind of Disneyesque in that it had a mermaid in it. But their screenplay also had this smart, funny, contemporary feel to it. Which was quite a departure from all those corny Don Knotts comedies that Disney was producing at that time. No disrespect to Mr. Knotts, by the way." 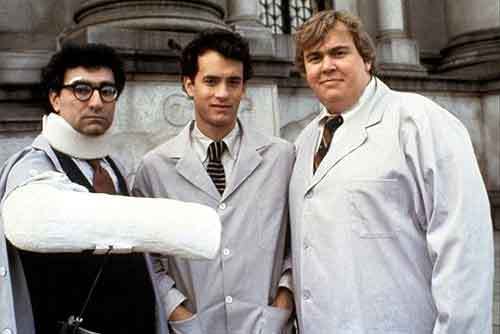 "Anyway, Ron Howard was this big SCTV fan. Which is why he wanted myself and John Candy to come work on this movie. And when I look back at Splash now and realize that there were really only four characters in that film, I realize what a huge opportunity this project was for a Toronto kid like myself," Levy continued. "Never mind that I got to work on the historic Disney Lot. Or that we shot scenes for 'Splash' on location in New York City and down in the Bahamas."

But what really sticks in Eugene's mind now as he looks back over the 30+ years since he shot Splash ? That Levy was part of Tom Hanks' big screen debut. 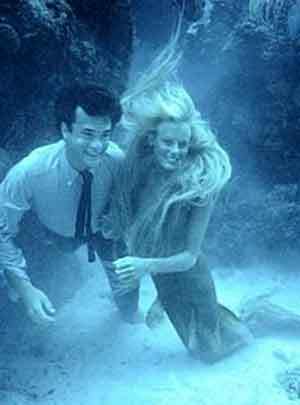 "And I remember being on set watching Tom work and thinking 'Man, this kid is sensational. He's so good. He's so natural,' " Eugene enthused. "This was why - when we were working on Splash - you just kind of had this sense that you were working on something major. Something special. And then when the finished film came out and was such a huge hit -- or for that matter, to see how well Splash had held up over the years - it's been such a pleasure to be associated with that project."

So does Levy expect to have these same sort of feelings when it comes to Finding Dory a few years down the line? Eugene admitted that voicing a character for an animated feature comes with its own unique set of challenges. 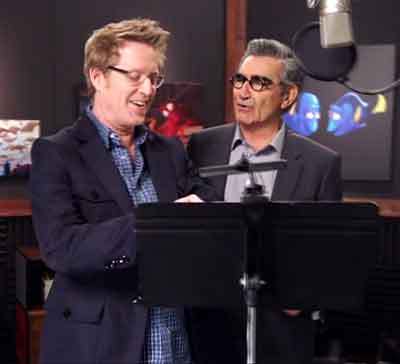 "I've been doing voice work for animation since Heavy Metal back in the early 1980s. And when you work in this field, it's all about giving the director choices. Making sure that you're giving him the sort of vocal performance that he can then actually work with," Levy said. "Of course, what's really helpful in a situation like this is if you're working off of a strong script. And in the case of Finding Dory, the script was just terrific."

"I don't think that I've ever played a father like this before. One that - because he and his wife are dealing with this (SPOILER ALERT) learning-disabled child - have kind of this dark cloud hanging over them all the time. My heart goes out to any parents who are dealing with this sort of situation in real life. Where - because their child can't retain something as fundamental as looking both ways before they cross the street - you know that you just can't ever let that kid out of your sights," Eugene continued.

"But that's what so great about the way the people at Pixar have written & conceived Charlie. Another parent might have been beaten down, been riddled with angst & anxiety if he or she had a daughter with short term memory loss. But not Charlie," Levy said. "He and his wife Jenny are clearly working hard at remaining positive, trying to stay upbeat. Doing everything that they can to try & help Dory have as normal a life as possible. And it was that aspect of this character which really made voicing Charlie interesting to me." 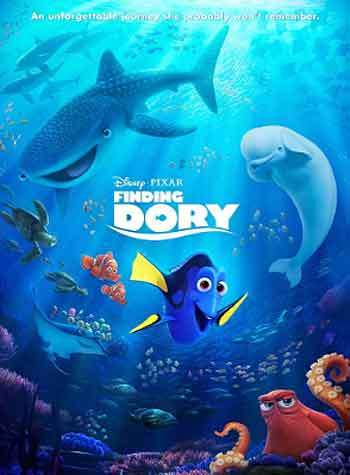 And clearly the movie-going public was interested in finding out what became of Charlie's daughter since the original Finding Nemo first arrived in theaters back in 2003. According to initial box office estimates, Finding Dory earned a record breaking $136.2 million domestically over its opening weekend.

Which showed that Eugene's initial instincts about this project were correct. More to the point, given that this great bit of box office news broke on Father's Day 2016 and Levy is now Hollywood's go-to guy when it comes to Dads ... Well, how appropriate is that? It's certainly a better Father's Day gift than a tie, don't you think.

Mind you, to Eugene Levy's way of thinking, the core message of Finding Dory (i.e., that " ... family is probably the most important thing in our lives when you get right down to it") is the real gift when it comes to this new Pixar film.