“No Arrests Made At Peaceful Women’s March In Washington.”

This, from People.com, was just one of dozens of headlines that sprang up in the wake of Saturday’s march, a demonstration that may have been the largest in American history, with marches held in at least 500 cities across the nation.

The fact that the protests in Washington, D.C. and around the country went off without incident has been touted as a cause for celebration. In stark contrast to the Inauguration Day protests that resulted in damaged property and over 200 arrests, the Women’s March was a shining beacon of the “right” way to voice dissent.

Of course, it is always a good thing when citizens are allowed to exercise their right to protest without anyone being harmed or detained. But there’s a question that should be asked and acknowledged, even as we celebrate the success of the protest:

Would the outcome have been the same if the march had been exclusively organized by and mostly comprised of women of color?

Let’s be real. A large group of mostly white women wearing knit pink hats is simply not going to be policed in same way a large group of people of color would be. This is not to say that there isn’t long history, stemming all the way to the suffragette movement, of white women being harassed and detained by police for standing up for what’s right. But in today’s context, large, peaceful groups of white women are simply not seen as threats to the same extent as non-white women.

From the Civil Rights movement of the ‘60s, to the Black Lives Matter movement (started by three black women) and the protests at Standing Rock, peaceful protests organized, led and attended by women and people of color have been met with hostility and militarization by the police.  Meaning, police have arrived to these protests already in riot gear, already with their tasers and tear gas poised. There’s an implicit assumption that any gathering of brown or black folk equals trouble.

It’s a double standard we’ve seen too many times.

Many of us remember the now iconic photo of Ieshia Evans, a Black Lives Matter protestor in Baton Rouge, peacefully confronting police officers clad in militarized riot gear, their body language tense and on high alert as Evans, wearing a patterned sundress, stands calmly before them. It was a flower-in-the-gun-barrel moment, a photo that so vividly illustrated the way black bodies and black lives are seen as inherent threats.

But people are perhaps less familiar with the photo snapped just seconds after the one above by photographer Jonathan Bachman. It’s an image that captures the true reality of being a black protestor today, as Davis is shuffled forward by two Baton Rouge officers, with a long, impressive line of other riot-gear officers looking on.

Was Davis’s behavior any less peaceful than the crowds in D.C. on Saturday?

This isn’t about planting seeds of division, or pointing figures. No one is asking white women to feel bad about themselves, or ignore the very real oppression and threats to their rights that prompted so many to make their voices heard.

But a theme of the Women’s March was the importance of inclusion and intersectionality, and being accountable to and responsible for one another. In the spirit of that theme, there’s nothing wrong with acknowledging that the presence of white women at the march served as a kind of buffer to police.

Black and brown women came out in solidarity despite the complex politics of the march, despite the 53 percent of white women who voted for Trump, and despite the threat of possible arrest or unpleasant encounters with police. That’s sisterhood. It’s a relationship built on respect and trust. Hopefully, in the interest of continuing that relationship, white women will use their privilege in the future to protect those who march against issues that affect POC communities specifically.

Before You Celebrate The Zero Arrests At The Women’s March...
Portraits Of Women From The March On Washington 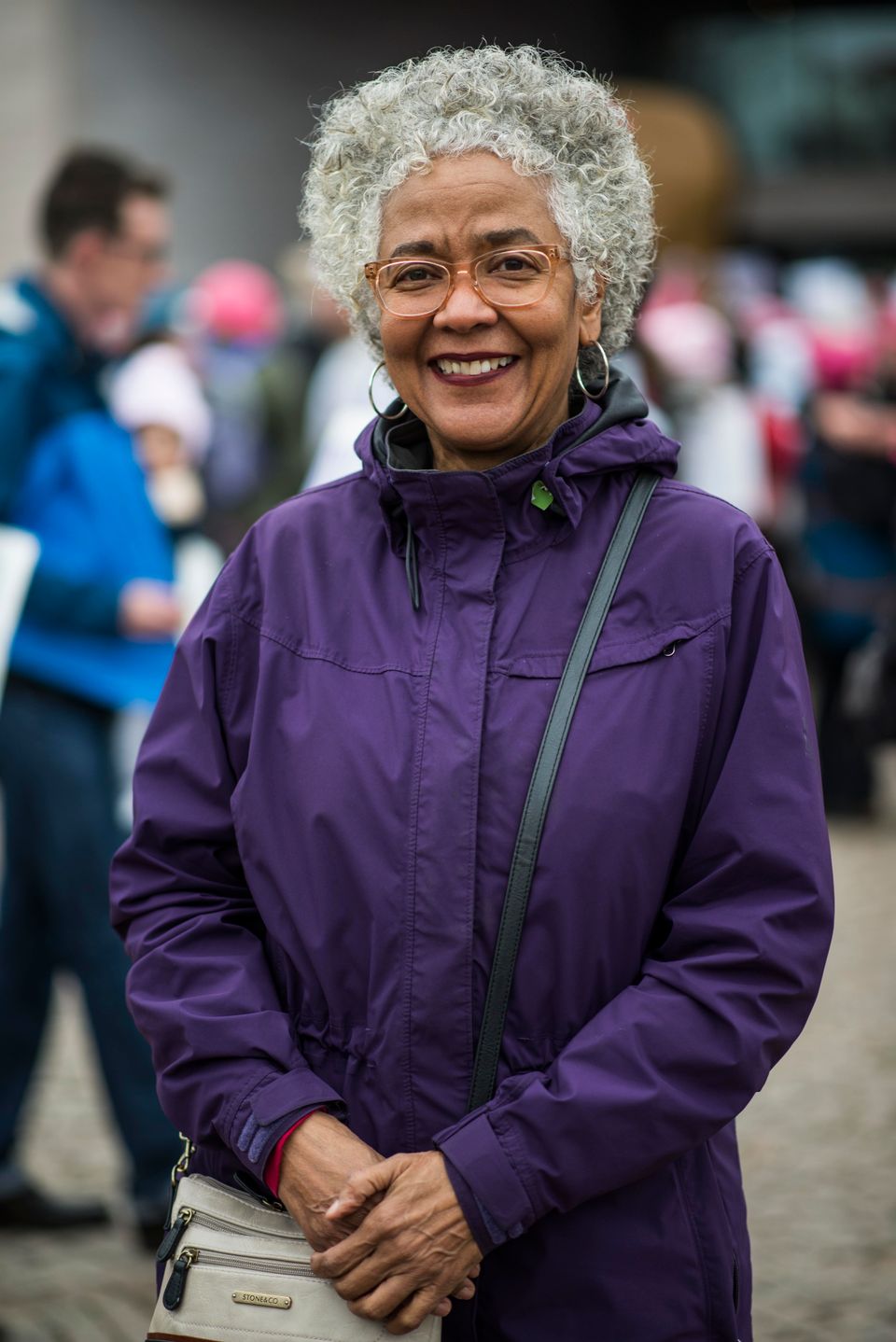