So you say you're not photogenic? That the camera puts on unwanted pounds? Or you're just too camera shy? From the Facebook news feeds I see, this isn't the case anymore. People are photographing themselves in selfies and group photos and are sharing them all over social media. But, what if those selfies and friends and family photos could be a little more flattering with just a few tweaks in the process?

Selfies or not, people want to know the reason why the camera mysteriously adds the famous yet unpopular five+ pounds, let alone how to avoid it. Fear not, you didn't gain any pounds the instant the shutter released. The truth is, most of the time the excess "weight" is due to lighting, camera angle, or the lens' proximity to its subject (remember, most selfies are taken at arm's length).

Even as a professional photographer, most of the photographs I capture of people are when they are in their element. These captures tend to be when I have no time, let alone space or the luxury of electricity, to set up studio lighting. I embrace the challenge of capturing flattering images with the light given, and as such, I've learned a few tricks of the trade along the way.

These three tips and tricks are ones that can be implemented in selfies, family gatherings, graduations, celebrations, parties, backyard barbeques, or any other time a face is being photographed. Before the shutter is released, share this information with anyone who aims their smart phone, point and shoot, or DSLR at you. 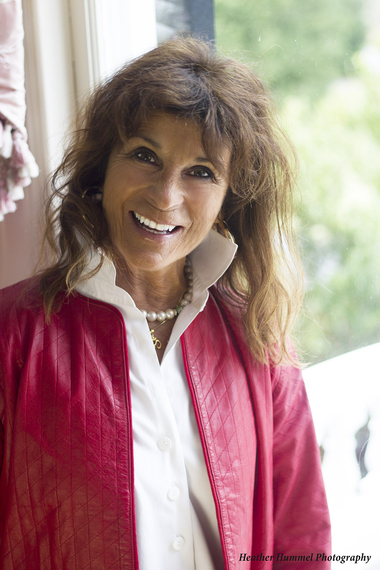 Photo Credit: Heather Hummel Photography
This first tip is twofold because both of these are factors that should be looked at together.

Second, when possible and room allows, it is better to stand back a bit from your subject and zoom in just enough with a telephoto lens. This applies to more advanced photographers, especially those with a DSLRs and point and shoot cameras. If your camera, and therefore lens, is too close to your subject, it creates a distortion that can be unflattering (i.e. making a nose and face appear larger and wider). Instead, step back and zoom in to create a more flattering effect. 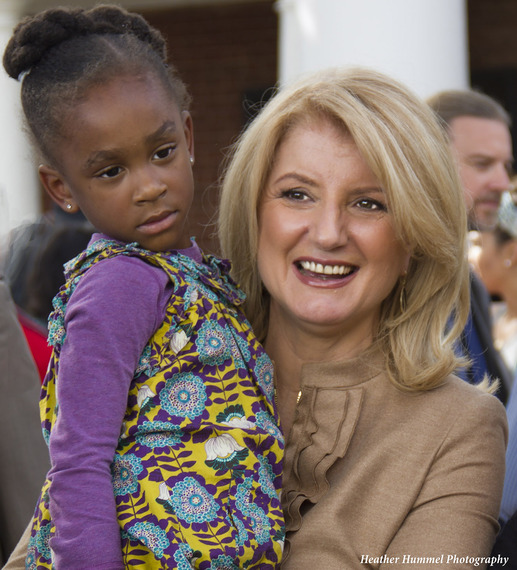 Flat light is the effect I used in this image of Arianna Huffington and a little girl. For a softer look, go for less contrast, which creates unwanted shadows. What's known in the industry as "flat light" means there is a consistent and even light across the entire face.

Before they say "cheese" look at your subject's face and ensure the light isn't casting unwanted shadows. If it is, have them turn into the shadowed area, which will give a soft light across the entire face, creating a more flattering effect than bright light. 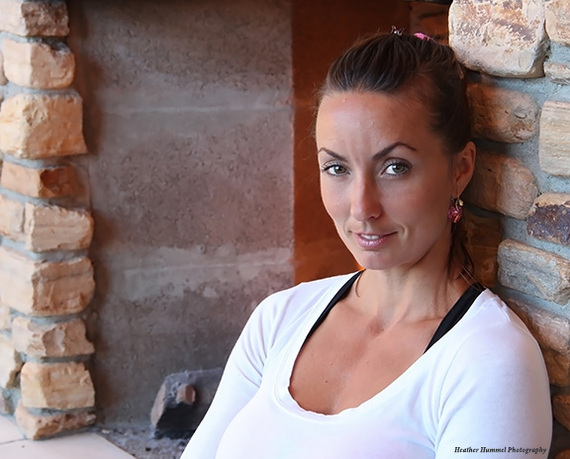 Now let's look at the angle of your camera and how to position it for the best results. A photograph taken from above the subject's eye level, and looking down on a slightly jetted chin (photographed on the shadowed side), is one of the most flattering angles. Why? Because extending your chin (a bit like a turtle) helps to make the double chin magically disappear. If the photographer holds the camera a little higher than the subject's eye level, the chin is no longer in the shot. It's called camera angle magic! 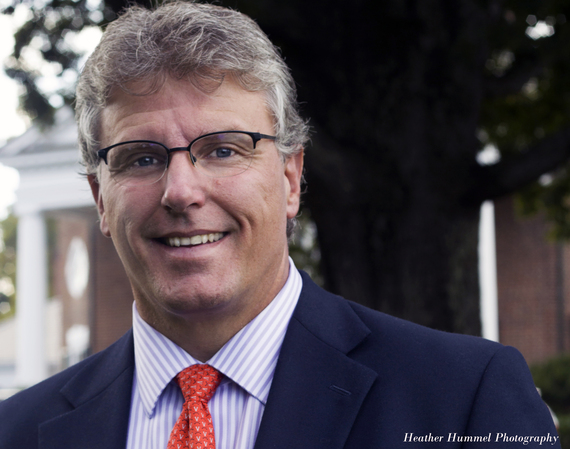 In this photo of a gentleman, I was able to photograph him from a lower than eye level angle because he has strong facial features that didn't need to be minimized. I also didn't need to worry about camouflaging his neck. As a headshot, this angle worked because the viewer subconsciously looks up at him as though they would someone in authority.

Naturally we're not all being photographed by a portrait photographer who knows better. Instead, selfies and friends and family tend to be the ones who photograph us the most. Now that you are armed with the knowledge that a flattering photo is about the lighting and the camera angle, you'll be looking better and thinner in photos in no time and soon enough you will be receiving more and more "Likes" on your photos and deleting fewer from your camera.