There is a short period between when I receive the new issue of Sinister Wisdom from the printer and when it goes to into the mail to subscribers. I love this time. I carry my personal excitement about the beauty of the new issue, my bliss at the milestone of completion, my anticipation of how women in the world will receive it. It feels like I have a secret, but only for a brief interlude. Soon, a lesbian world shares in my joy as women around the globe open their mailboxes to discover Sinister Wisdom 96: What Can I Ask: New and Selected Poems 1975-2014 by Elana Dykewomon. 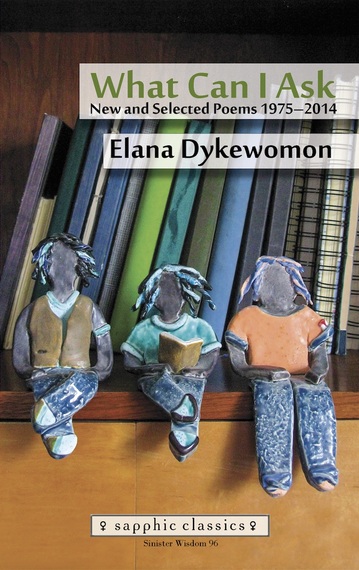 Sinister Wisdom's third Sapphic Classic, co-published with A Midsummer Night's Press, is Elana Dykewomon's collection of poems, What Can I Ask: New and Selected Poems 1975-2014.

I started Sinister Wisdom's Sapphic Classics series to keep collections of lesbian poetry in print and available to reach new readers. Collections of lesbian poetry fall out of print too quickly; they are not collected enough by libraries. Lesbian work is too easily forgotten, erased, rendered obsolete. Books by lesbian poets sometimes need time to find their readers -- and for their readers to find them. Sapphic Classics return them to the world for new discovery and conscious re-engagement. Minnie Bruce Pratt's Crime Against Nature was the first book to sing; then Cheryl Clarke's Living as a Lesbian shared its tune. Now Elana Dykewomon's What Can I Ask is poised to be heard by women who listen.

A challenge that our most established lesbian poets face is publishing collections of selected poems. Selected -- or collected -- poems signify a poet's accomplishment to larger communities of poets and literary critics. They mark a distinguished body of work, a body of work that needs and deserves serious critical attention. With this third Sapphic Classic, Sinister Wisdom addresses the dearth of selected work by lesbian poets. 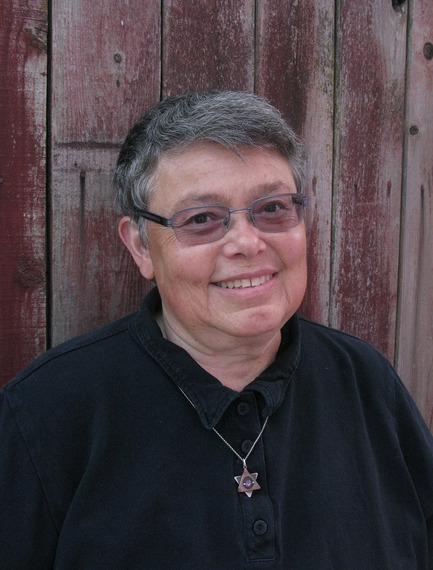 Generations of lesbians have found themselves reflected in the pages of Elana Dykewomon's novels since Daughters Publishing Company Inc. first published Riverfinger Woman in 1974. Dykewomon's powerful debut was followed by two other novels, Beyond the Pale, originally published by Press Gang in 1997, and Risk, published by Bywater Books in 2009. This work, in conjunction with her collection of short stories, Moon Creek Road (Spinsters Ink, 2003), establish Dykewomon as an important novelist -- and as a writer who engages lesbian experience and sensibility. While Dykewomon's novels now enjoy new audiences through reissues from lesbian publishers and as e-books, finding her poetry has been more difficult, until now. What Can I Ask: New and Selected Poems returns Dykewomon's poetry to print for contemporary readers to discover her powerful poetic voice.

In "A Fool for love," Dykewomon writes:

I want to imagine a world
in which we thrive
where difference engages us
and root holds fast with root.

Dykewomon's vision of lesbian communities in this poem expresses my modest hope for this book. I want What Can I Ask to be a root for Dykewomon that holds fast, binding her poetry to the roots of other righteous lesbian-feminist poets, providing a site for engaged reading and interpretation, and operating as a source of "comfort, guidance, moral values, [and] prophecy."