Purim is most closely associated with costumes, triangular pastries called Hamantaschen, and howls of hatred each time the name of the Jews' genocidal nemesis, Haman, is read from the Book of Esther. In Israel, the tradition of drinking "until you don't know," meaning, until you can't distinguish friend from enemy, is one of the few religious obligations taken up with gusto on the streets of Tel Aviv. 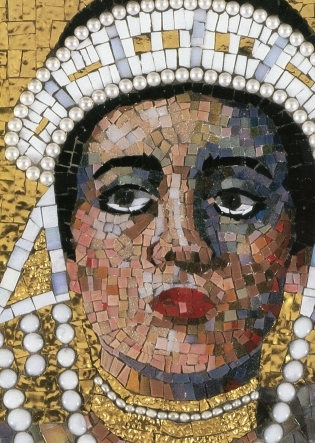 But beneath Purim's festival costume is a history of imperial decadence, sexual depredation, internecine politics and--more than anything--power. In his recently released God and Politics in Esther, Israeli political theorist Yoram Hazony presents a political reading of the Book of Esther, deriving from it a political philosophy that cuts to the heart of the archetypal relationship between the weak and the strong, and what that means for those who have power and those who need it.

Published by Cambridge University Press, God and Politics is in reality an updated and expanded edition of Hazony's 1995 book The Dawn, a little-known but disproportionately influential work that brings to mind Brian Eno's famous comment about the Velvet Underground's first album: few bought it but everyone who did went on to form a band.

On its first page, God and Politics addresses the question of what place a tale of "kings and queens and evil grand viziers" has in the biblical cannon. Hazony explains that in codifying teachings about Purim, rabbis of the Talmud made a breathtaking claim, asserting only two sections of the Bible "could never be abolished"--the five Books of Moses and the Book of Esther. This fact takes on even greater significance considering Esther is the only one of the Bible's books to never mention the name of God.

The telling of Esther begins with a woman and her act of defiance. As ruler of the 127 provinces of his empire, the Persian king, Ahashverosh, declares a six-month-long bacchanale to display "the riches of his glorious kingdom and the honor of his excellent majesty." At the climax of the festivities, Ahashverosh decides to bring out the real jewel in his crown, his beautiful queen. There's only one problem: she refuses to come. In front of the empire's aristocracy, the king's inability to summon his own wife is a literal (albeit not physical) form of impotence, and one the rapacious and supremely insecure Ahashverosh cannot stomach.

Vashti's act of defiance is much more than the whim of an over-pampered queen but something closer to an act of civil disobedience on a grand scale. According to Hazony, the great Talmudist Rav explained that Ahashverosh considered his wife a "vessel" for his "use." When the vessel suddenly says no, the "it" becomes a "she" and there are disturbing implications for the man accustomed to simply filling it.

Though it doesn't take long for the king's advisers to realize Vashti's asserting her volition as a woman is profoundly destabilizing to the empire, it's not the prospect of invading armies that has them worried. One of the king's advisers declares:

"It is not the king alone who has been wronged...but all people in all the provinces...For this deed of the queen will become known to all the women, and their husbands will become contemptible in their eyes."

With the opening of Esther, the reader is presented with an unshakeable truth about the nature of power: rarely can you speak about a power structure--and almost never about an expressly political one--without facing the question of woman's role in it. The question is what the Book of Esther, which in addition to being the only biblical book to omit God's name is one of only two named after a woman, says about that relationship.

What helps resolve the scriptural paradox between the perceived flippancy of Purim and the serious role it plays in the biblical canon is that it's a book about exile, which "describes a world in which the Jews are distant from their land, their tradition and their God." Living in post-prophetic times, the Jews of Esther cannot hang their hopes on last-moment divine salvation. In this sense, Esther represents the beginning of political history for the Jewish people: their ability to amass and properly wield political power is all that can save them.

In the wake of the shocking blow dealt the empire by Vashti, the king responds with a "masterstroke," as Hazony has it, convening a council of advisers to address the matter, which has the effect of foisting his personal humiliation onto the state itself. Published in every language across the kingdom, the incrimination of the queen includes a decree "that every man should rule in his own house," which amounts to a "gift of power to every adult male in the kingdom," making them tyrants over the women.

But with the king missing his other half--or at least an other half--a young cohort of advisers suggests a contest to find a replacement. Despite the Orientalist's version of "The Bachelor" it calls to mind, Hazony maintains the search is in actuality an "institutionalization of rape":

"The virgins are not asked whether they wish to love [the king]. They are merely to submit, each inexperienced girl alone facing the might of the empire, giving up her own hopes and dreams and her own loved ones, and daring not object for fear of her life."

It's here we're introduced to a lowly Jew named Mordecai and his orphaned cousin Hadassah, who's conscripted into the king's search and is advised by her cousin to hide her Jewish identity and go by her Persian name, Esther. Aware of the precariousness of her situation, Esther makes her first trade in the currency of politics by currying favor with the keeper of the king's harem. When she finally visits the king, the rabbis explain that "If he wanted to find in her the taste of a virgin, he found it; if the taste of a married woman, he found it."

But it's not submissiveness that makes Esther successful. According to Hazony, in politics as in sexuality, "the limp submission of doing what is told, while superficially appearing to grant power, in reality grants very little. The feeling of power over others is greatest when one feels control over something of independent worth, something which might have resisted fiercely if it had so desired..."

After Esther is enthroned, an anti-Semitic vizier named Haman rises to the position of the king's right hand and quickly declares open season on the Jews. Mordecai's maneuvering creates the conditions for Haman's defeat but only when Esther risks her life by appearing in front of the king uninvited (a capital offense) are the tables turned.

Drawing on biblical narratives, Hazony finds the distinction between political good and evil in the core competitiveness of politics itself. The difference between the relatively benign tyranny of Ahashverosh and the dangerous villainy of Haman isn't simply that the latter was intent on wiping out the empire's Jewish population. Rather, it's the difference between the absolute rule of a single viewpoint and the inherently political process of choosing among many competing views, even if it's an authoritarian making the final choice.

Hazony's basing of the legitimacy of power in a competitive epistemology presents a fascinating and morally coherent understanding of politics, one which has important implications for doctrines of political realism and idealism. As Mordecai says to Esther, who is understandably afraid of approaching the king about the vizier's plans:

"Do not imagine in your heart that you, of all the Jews, will escape because you are in the king's palace. For if you insist on remaining silent at this time, relief and deliverance will come to the Jews from elsewhere, but you and your father's house will perish."

In other words, the pursuit of political interest is a necessity in this world, but without final action motivated by moral imperatives, it's also meaningless. Though it bears important implications for the powerless trapped in any political situation, the idea is particularly resonant when it comes to woman's relationship to power.

As the history of feminism illustrates, power understood in this way sense is similar to a speech act (and, in many instances, actually is one): saying so makes it so. But that can only be true if there's an ethical motivation behind it.

God and Politics in Esther presents a serious political philosophy as well as a sophisticated reading of a Jewish festival too often cast in terms of a mere costume party. With expansive readings of the story of Joseph, an exegesis of the idea central behind the destruction of Amalek, and an interpretation of the political meaning of idolatry, it's not for the faint of heart. And though Hazony's style sometimes bends toward the archaic, it's a small price to pay for the bigness of his ideas.