Break out the puffy shirts and grab a marbled rye, it's time to celebrate Jerry Seinfeld's birthday.

The comedian's show was an entertainment staple in the '90s and is still insanely popular today. Hulu even grabbed the streaming rights for a total amount that Vandelay Industries could only dream of.

Now, 26 years after the show premiered, the comedian turned 61 years old, and there's definitely nothing wrong with that. To celebrate Jerry's big day, HuffPost Entertainment spoke with some of the former "Seinfeld" writers -- Spike Feresten, whose Esquire show "Car Matchmaker" is onto its second season; Jeff Schaffer, co-creator of "The League"; and Andy Robin, who is now a medical doctor -- to learn about the behind-the-scenes stories fans might not know about.

1. After getting denied by the real Soup Nazi, Jerry sent his girlfriend in his place to get soup.

Before the eighth season of "Seinfeld," Jerry went with the writers to get food from the real "Soup Nazi" in New York, despite Feresten telling him the guy was not happy about the episode. Feresten says Seinfeld was berated and denied service, but the comedian sent his girlfriend back in the restaurant later: "The Soup Nazi did not recognize her, and he was able to get his soup, but I think he believed me after that."

2. George's answering machine message was inspired by a real one that the writers would listen to before meetings.


Feresten says Jeff Schaffer found a girl's answering machine message that was "The Greatest American Hero" song, and the staff would laugh about it in brainstorm meetings: "For two weeks, that’s how we started every kind of brainstorming session-- listening to this girl's message. Then somebody said, 'We’ve got to do this as a story. We’ve gotta give it to George.'" They added it to an episode and left a message on the woman's machine saying, "Watch 'Seinfeld' tonight."

3. Sometimes the writers had no idea what happened in a pitch meeting with Larry David and Jerry. 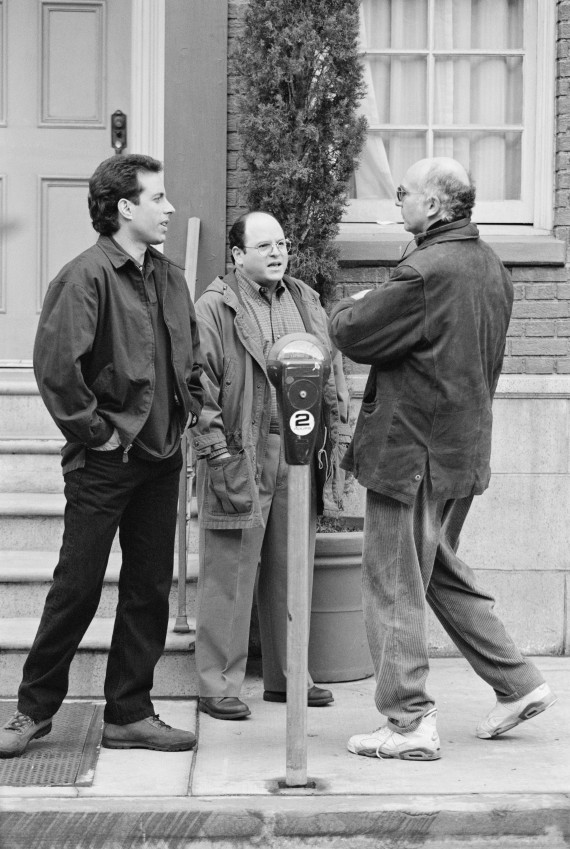 Both Feresten and Robin said they didn't quite know what had happened after their initial pitch meetings with Larry and Jerry. Robin said he had booked the job in the meeting, but he still had no idea until his agent called a week later. Feresten said he was just telling the pair about this "weird soup guy" he went to, and they said, "That’s your first episode. You're doing the Soup Nazi." Feresten added, "Then they told me to get out. I was so confused."

4. The Junior Mint was originally supposed to be popcorn.

Robin's original idea for "The Junior Mint" was to have popcorn fall into the patient because Kramer was treating surgery like going to a movie. Robin said, "I was on the phone with my brother, running the story by him, and he said, 'No, make it Junior Mints because it's funnier.'" So he did.

5. The movie name and slug line for "Death Blow" were taken from a real ad.

In one episode, Jerry is forced to bootleg a movie called "Death Blow." Feresten says he came across the ridiculous concept in a real ad: "Some kid had money, or perhaps his dad gave him money, to sell his idea called 'Death Blow.' We took the actual pitch and name of that movie from the ad and put it in the episode."

6. The writers painted a traffic cop vehicle like a fighter plane and drove it through the "Gilligan's Island" set on breaks. 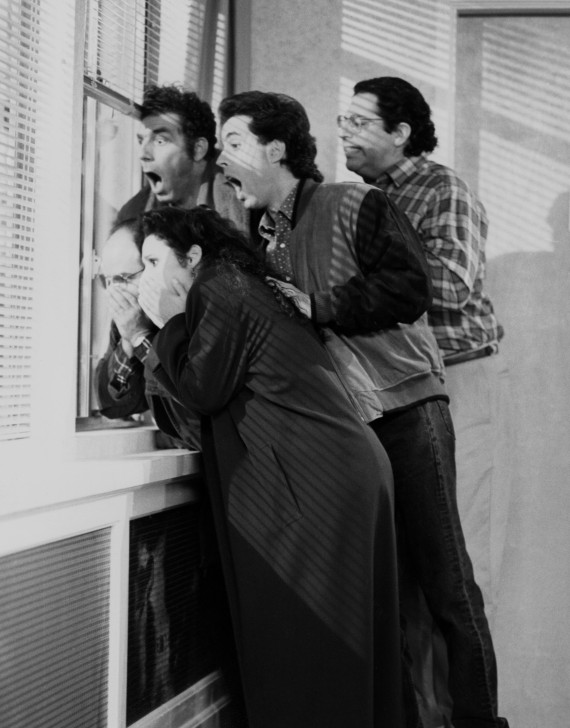 "So we’re all sitting around, and we decided to get like a Cushman [utility vehicle] like what traffic cops have, and we ended up buying it and getting it painted with like a big mouth and evil grin," explained Schaffer. "The Radford lot used to have the old set of where 'Gilligan's Island' was, so we would drive it into Gilligan's lagoon."

7. Everyone thought some of the most memorable episodes would ruin the show.


In addition to thinking "The Soup Nazi" might fail, there were also a lot of doubts about Elaine's wacky dance in "The Little Kicks." Feresten says Larry David was against the story, and he only got it approved after David left.

"I remember walking through at rehearsal," the writer recalled. "Jennifer Crittenden pulled me aside after Julia [Louis-Dreyfus] did the dance for the first time and said, 'Are you sure about this? Are you sure you're not ruining Julia Louis-Dreyfus' career?' 'No, I'm not.' That's the year she won an Emmy."

8. The "Dolores" joke was yelled out by an audience member.

In "The Junior Mint," Jerry struggles to guess his girlfriend's name, which supposedly sounds like a female body part. For a final joke, he yells, "Dolores!" out of his window. Up until an audience member shouted out the name, Robin said the girlfriend's true name was going be a mystery.

"When the audience member shouted it out, and the audience laughed, it was like this is a great exclamation to put on the end," said Robin.

9. The writers often put their real friends' names in scripts to "give them a thrill." 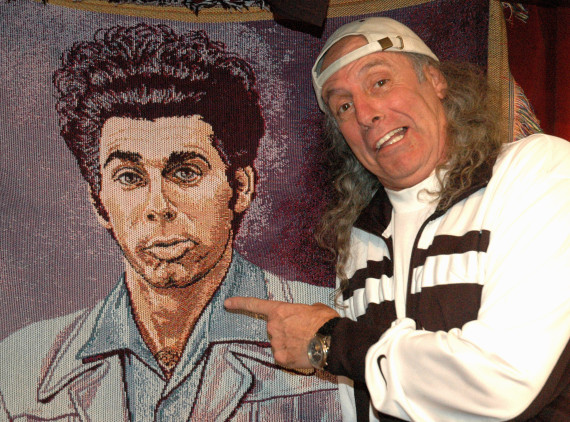 Robin told HuffPost that Bob Sacamano, a mysterious friend Kramer often spoke of, was a real acquaintance or friend of writer Larry Charles. Feresten says a number of other characters were also based on real people. The real Kramer even had a real bus tour.

10. Some episodes have running gags only the writers notice, like the phrase "heat pump." 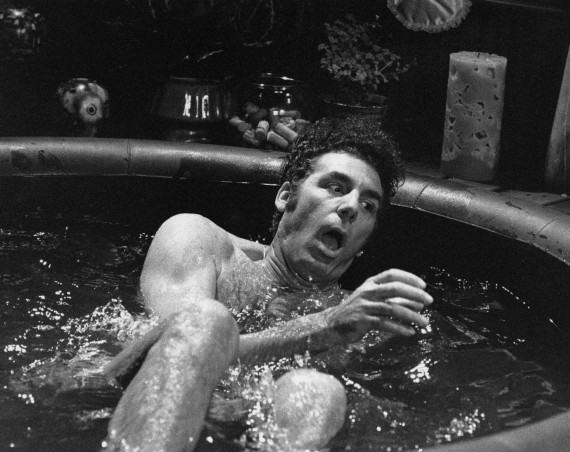 Robin says there are a lot of little inside jokes in episodes, "heat pump" being one of them. He explained, "Gregg [Kavet] and I were kind of nerdy, and we just liked making sort of these obscure science-y references. We weren’t looking to get the phrase into the scripts. It just sort of worked out that way."

11. Festivus was a real holiday invented by the father of one of the writers.


Schaffer says Festivus was an actual holiday celebrated by writer Dan O'Keefe's dad: "There was a pole, and an airing of grievances for sure. [...] A lot of times, the stories of real life are still better than sitting there and manufacturing stories."