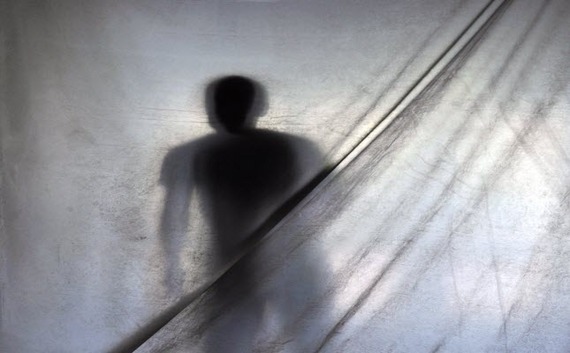 "It is a peculiar sensation, this double-consciousness, this sense of always looking at one's self through the eyes of others, of measuring one's soul by the tape of a world that looks on in amused contempt and pity. One ever feels his two-ness -- an American, a Negro; two souls, two thoughts, two unreconciled strivings; two warring ideals in one dark body, whose dogged strength alone keeps it from being torn asunder." -- W.E.B. DuBois, The Souls of Black Folk

In the computer lab of our after-school program is a cluster of pictures of famous and inspiring folks who at one point or another made Georgia their home. Next to the portrait of Ambassador Andrew Young and to the right of Flannery O'Connor hangs a pensive-looking portrait of W.E.B. DuBois.

I have often looked at that picture and wondered if DuBois would wish to be thought of, in any context, as a "Georgian". DuBois weathered horrific racism in Atlanta, including the 1906 race riots where 10,000 white men beat, killed and attacked black families indiscriminately, all due to fallacious and fabricated headlines meant to sabotage a white politician. He resolved to not remain "a calm, cool, and detached scientist" when he saw the knuckles of Sam Hose on display in a store-front window in Atlanta-a reminder of the recent lynching of a young black laborer who had killed his employer in an act of self-defense. DuBois channeled that rage into writing -- eventually producing one of the greatest works of American non-fiction-The Souls of Black Folk. DuBois' son, Burghardt, fell ill at age two with diphtheria. When no white doctors would treat his son and the lone African-American doctor in Atlanta failed to respond, Burghardt died, crushing DuBois and his wife Nina.

In many ways his experience in Georgia gave DuBois the courage, passion and fire to write his most profound works, and yet it took pounds of flesh and blood in the process. As I look at his picture on the wall, my eyes fall to the children seated below it each week -- third graders, seventh graders, seniors in high school. I realize that a hundred years later this city is doing the same thing to them.

DuBois wrote of the Veil between White Americans and Black Americans -- that invisible scrim that allows the Souls of White Folk to waltz and wander, work and fall in love in complete security and freedom, hampered only by the fear of personal harm by an act of malice and even then with the promise of swift justice for the offender. Meanwhile, as DuBois rightly notes, African-Americans move about in the shadows beyond the Veil, a mystery barely worth noting for those on the other side, who carry on their revelry in complete security. This Veil leads to an awareness of two selves -- a "double consciousness" -- whereby the African-American is aware of both his or her American-ness and their black identity.

As a white, middle-class male who grew up in the suburbs of Atlanta, I first learned of this concept of double consciousness somewhere between middle school and high school. I confess, I did not understand it then, and aside from intellectual curiosity, I had no reason to -- I could keep dancing behind the veil and ask my fellow revelers, conjecturing about what life must be like on the other side.

In my current context, it is far more difficult. The majority of the children and families who are our friends and neighbors bear the brunt of hundreds of years of racial and systemic oppression. Most of them rarely speak of the pain this has inflicted and rarely let it show (further evidence that DuBois was spot on -- most of the time those dancing within the veil have no idea the folks on the other side have any cause for grievance). Every once in awhile though, there are glimpses behind the Veil. Like when a 16-year-old asks me "Trey, what's it like to be white?" or when the local public school hangs up a giant portrait of a "founding father" and my friend says "that man owned slaves -- what is that telling our kids at this school?" I get a glimpse behind the Veil when a friend posts a video to Facebook of him being detained by police in Washington D.C. because he "fit the description" of an African-American male in a suit. And then there are the times -- rare, but significant -- when we all get a glimpse behind the Veil.

Trayvon Martin. Oscar Grant. Michael Brown. Too many others. Too many "next ones". These instances are real for me because they could just as easily be any of the gifted, hilarious, gregarious teens who we see week in and week out.  These tragically famous names are examples for all of us, but often they are relegated to whispered conversations while the waltz of the White, Wealthy and Powerful  saunters on. "Tragedy about that. Just awful. Think of the parents. Someone really should do something." And the conversation turns quicker than the news cycle, the stories of children little more than conversational anecdotes on current events.

But then there are the large moments. Montgomery. Birmingham. Selma. Ferguson. The ones where the Veil is lifted -- even, perhaps especially when there is something people don't want you to see. These are the moments when the music stops and the dance ends. These are the moments when one can keep humming the tune and twirling like nothing has changed or stop to realize that those beyond the Veil have no cause for dancing.

It is in these places that the Veil becomes visible, and, for those with ears to hear, a new song emerges--one forged of rage, pain and indefatigable hope. This is the song I heard when a friend and colleague, in the wake of the endless footage of arrests, sniper rifles aimed at unarmed citizens and a pastor with a bullet wound, wrote these words: "As an African-American male in this country I feel that I am being tolerated, not accepted." Like a glimpse behind the veil, I asked my friend to explain this dichotomy. In his words:

Being TOLERATED means something that has more power than me is allowing me to be a part of it or be in it's presence. I am TOLERATED, as long as I stay in line of what is expected by the majority that is in power. My differences are not seen as positives, but as a detriment to the existing power. If I was ACCEPTED, I would be seen as equal.

I cannot deny the veracity of those words and I grieve for my friend's experience. I grieve because this is not an experience I can share. I can never fully comprehend his experience behind the Veil, but I can believe him when he tells me it exists and I can choose to recognize that the music has stopped and not everyone is attending the same party. And that means I have to do something.

Cornel West famously says "Justice is what love looks like in public." As a Christian minister, I cling to an ideal of justice -- the kind Dr. King called down when he quoted the prophet Amos, the kind that rolls down like rushing water, the kind that we are called to pursue for the widow, the poor, the marginalized, the outcast, the estranged, the oppressed. I believe God's justice is the rule of God's Kingdom. This Reign of God surpasses human understandings of gender, governance and polity. It is a bold vision of equality and resources for all, not just a select few. This is what we speak of as the essence of faith.

When justice fails as it has in Ferguson, when justice fails an entire population because it is unfairly and unreasonably targeted, exploited and deprived of basic human rights, it is tempting to take justice into our own hands. Personally, there is a part of me that delights in the creative ways people have found to challenge injustice, but at my very core, injustice reminds me most of all that the Reign of God isn't here yet.

If we are to work to see the Reign of God here and now then it is my duty to dismantle the principalities and structures that perpetuate double consciousness, knowing that if we never see if fully removed we were part of dismantling it for good. These glimpses are not for our intellectual curiosity or entertainment -- they are to compel us to labor and work, to stand alongside. To ask to see and to begin to see the world through eyes not our own the self-limiting, disabling, bigoted, oppressive systems we ourselves have helped build. These glimpses are an opportunity for repentance and for rebuilding. For preparing and throwing a new party, one where the music is loud and all are treated as equal and fully beloved of God -- a vision of a new kind of life beyond the Veil.