Despite hazardous levels of smog and limited visibility, you can still enjoy the sunrise in China's Beijing. You'll have to watch it on TV, though.

Amid a thick grey haze, the giant video screens in Beijing’s Tiananmen Square on Thursday beamed out images of the rising sun. The glooming pictures appeared to be part of an advertising campaign for China's Shandong province and provided a stark contrast with the thick grey clouds that have taken over Beijing in previous days. 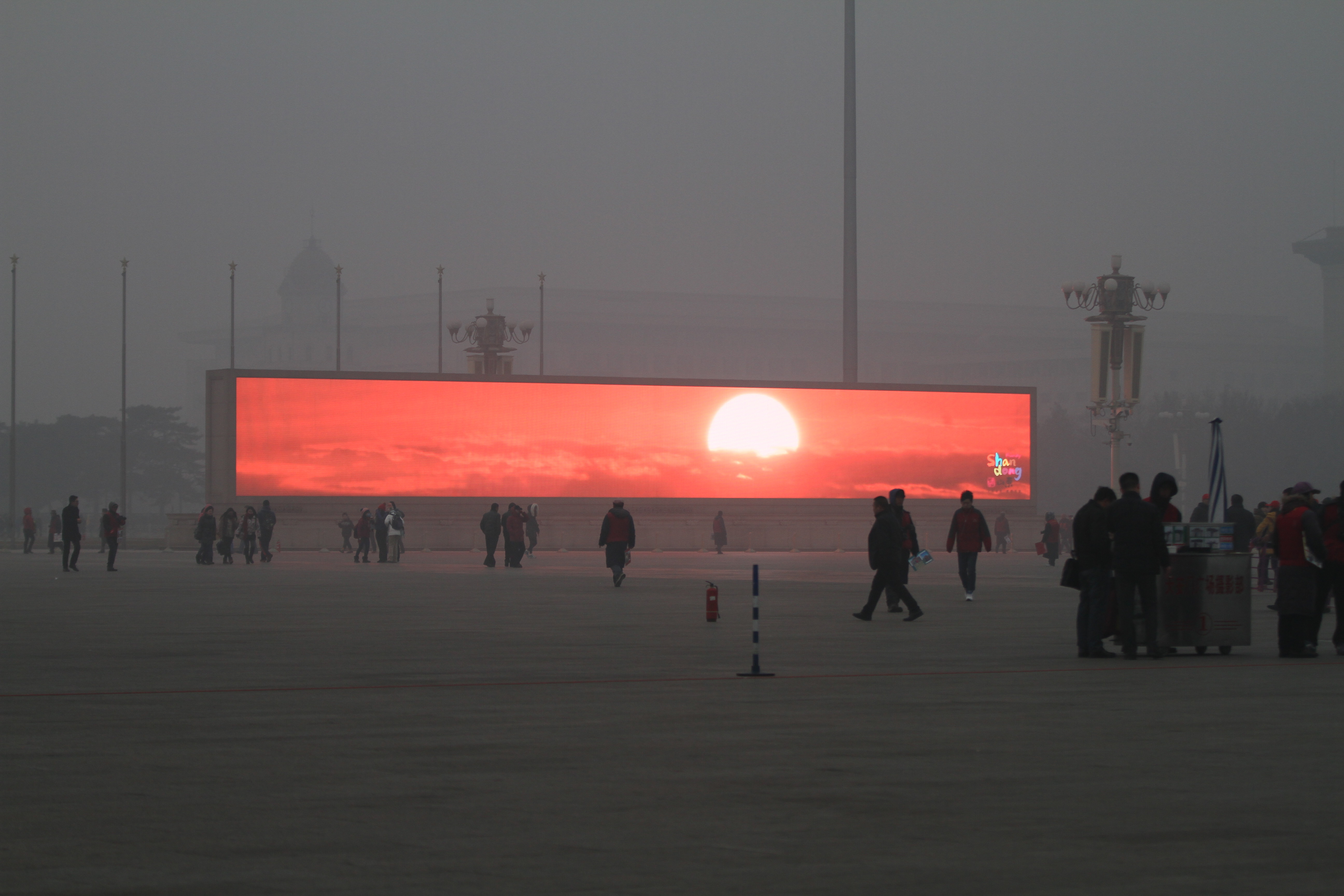 The LED screen shows the rising sun on the Tiananmen Square which is shrouded with heavy smog on January 16, 2014 in Beijing, China. (ChinaFotoPress/ChinaFotoPress via Getty Images)

The severe smog this week is the worst China has seen since January 2013. Similar images circulated then, when the LED screens in Tiananmen Square broadcast clear blue skies during an air pollution crisis that was termed the “Airpocalypse.” 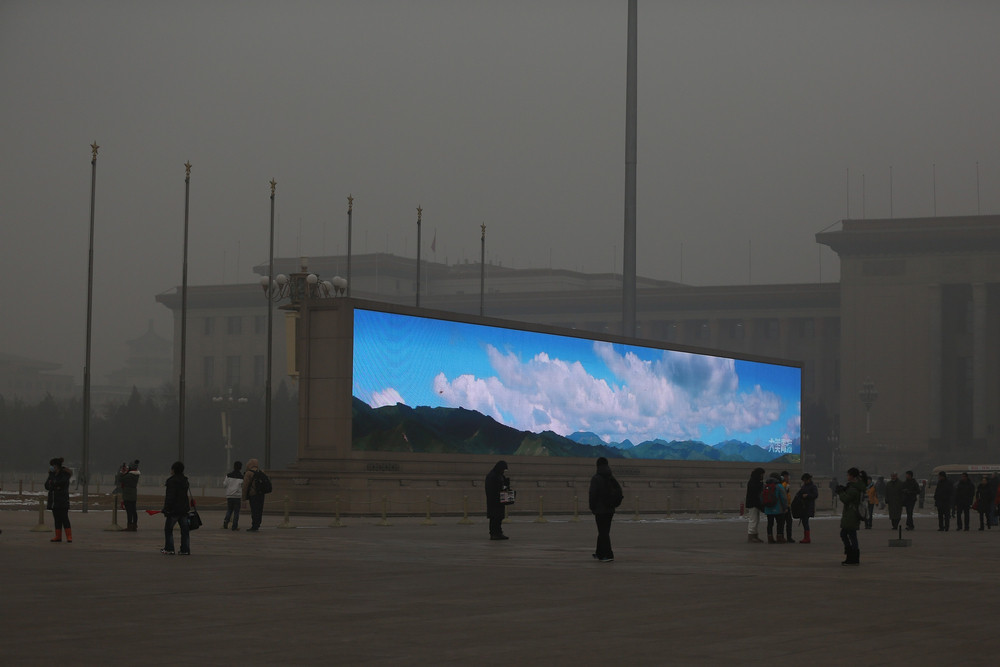 The LED screen shows the blue sky on the Tiananmen Square at dangerous levels of air pollution on January 23, 2013 in Beijing, China. (Feng Li/Getty Images)

Air pollution topped 20 times the World Health Organization’s recommended exposure levels this week. NBC notes that city officials told residents to wear protective masks outside, while the US embassy in Beijing said “everyone should avoid all physical activity outdoors”.

Terrifying air pollution is a recurring problem in China, particularly in the winter when stagnant air conditions combine with an increase carbon emissions, the AP explains. 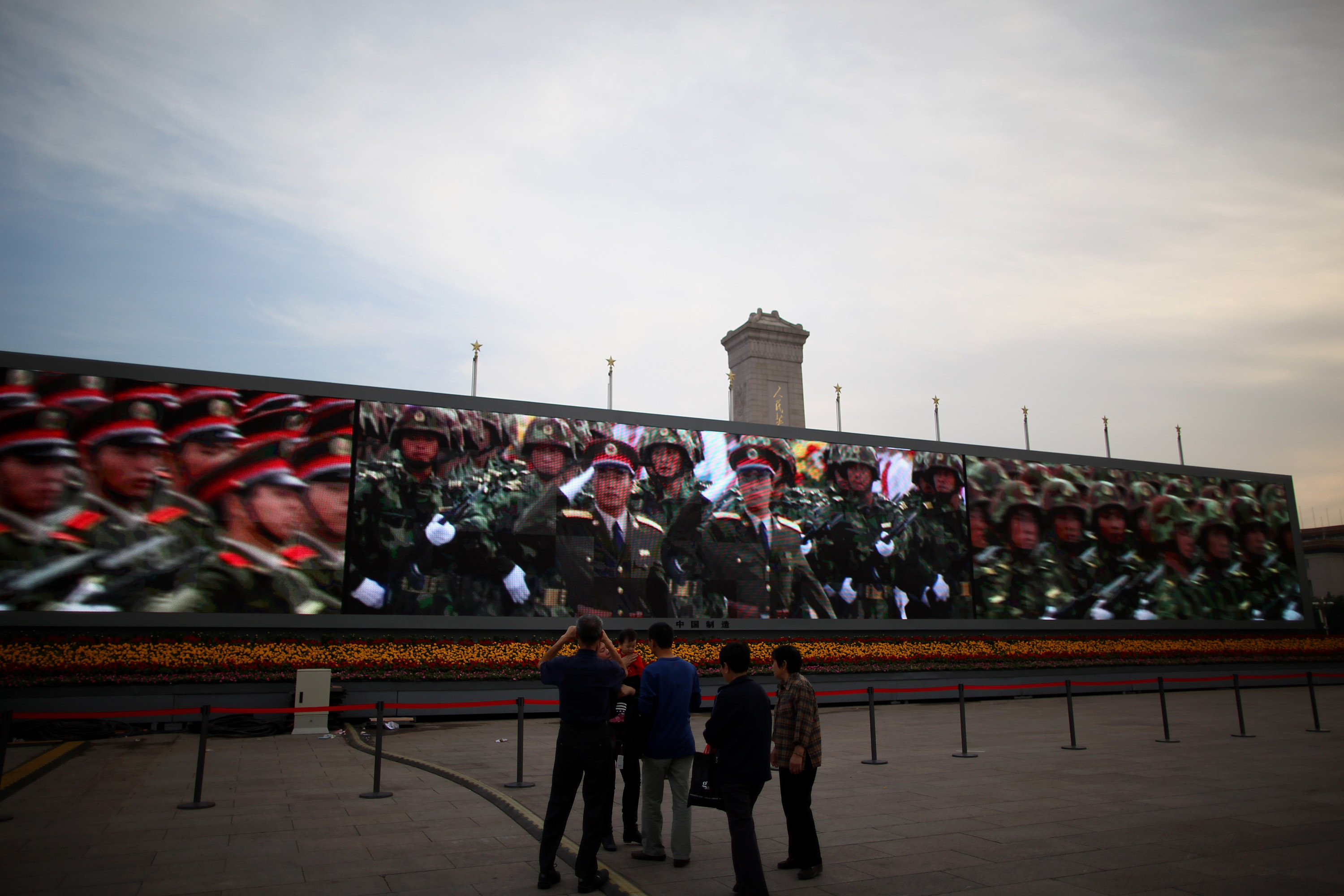 The giant screens in Tiananmen Square were erected in 2009 to mark the 60th anniversary of communist China. They are used to showcase tourist destinations and convey other government-sponsored messages. The Telegraph reports that on Thursday, the screens carried the hopeful slogan: “Protecting atmospheric environment is everyone's responsibility.” 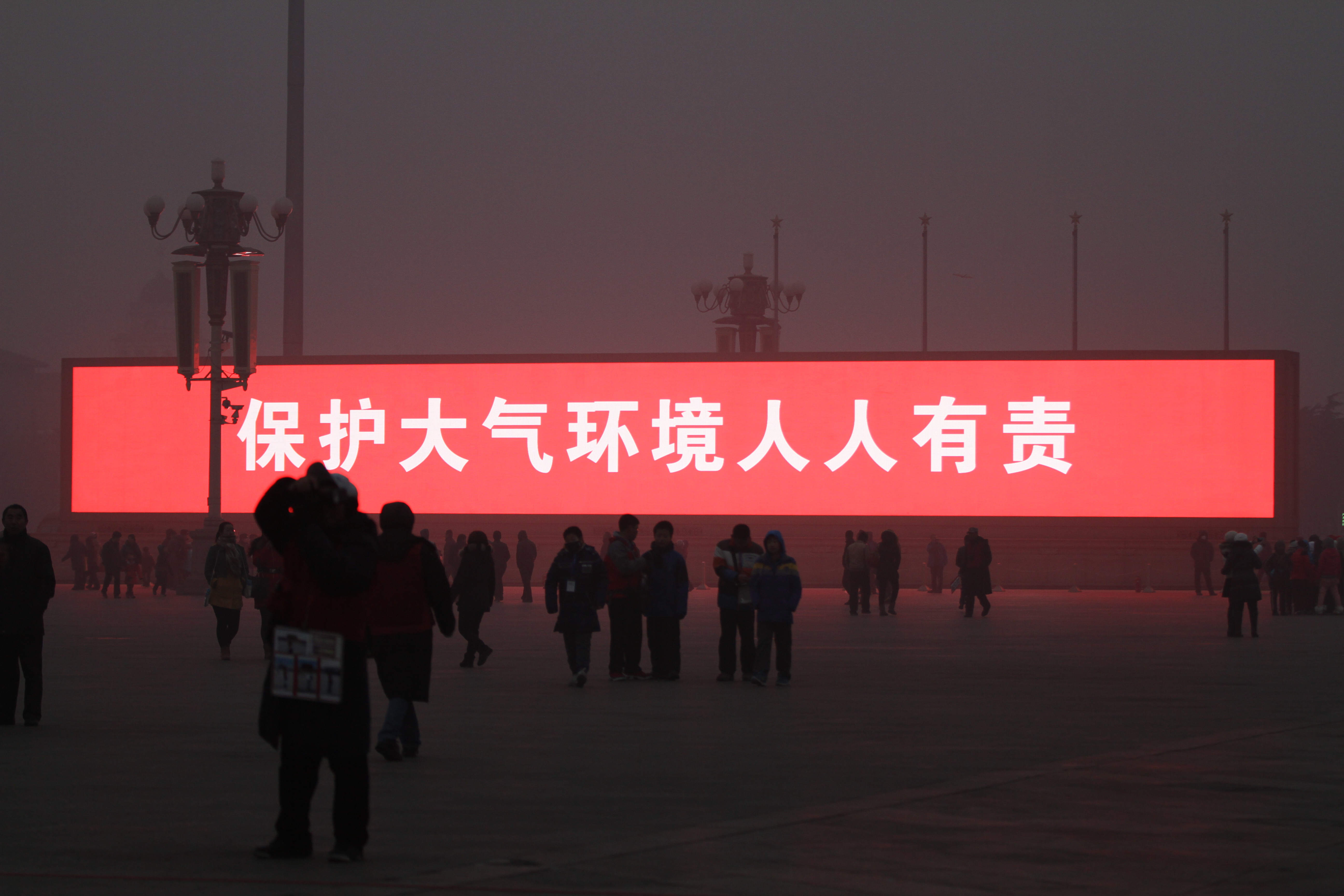 The LED screen shows the slogan 'protecting atmospheric environment is everyone's responsibility' on the Tiananmen Square which is shrouded with heavy smog on January 16, 2014 in Beijing, China. (ChinaFotoPress/ChinaFotoPress via Getty Images)