Maybe, just maybe, there’s a light at the end of this smog-filled tunnel. Two years after the Chinese government declared “war on pollution,” the air in Beijing and surrounding provinces is showing some signs of improvement, according to a new report by Greenpeace East Asia. The report dissected a major new batch of official data, and found that Beijing saw a 13 percent annual improvement in a crucial measure of air quality during the first quarter of 2015. Hebei province, the coal-belching and steel-producing province that nearly encircles Beijing, saw a massive 31 percent drop in concentrations of PM2.5 particulates, the microscopic cancer-causing particulates that plague China’s air. But those improvements are in comparison to a morbid baseline, and throughout the vast majority of Chinese cities the air quality remains awful: According to the Greenpeace analysis of 360 cities, over 90 percent failed to meet national air quality standards. Average PM2.5 concentrations across the cities were almost double the national Grade II standards, and levels in Beijing were still approximately quadruple the levels recommended by the World Health Organization. 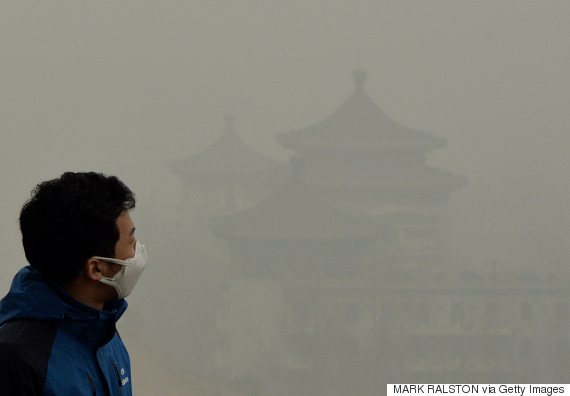 Slumping steel markets and pollution curbs combined to make 2014 the first year in over a decade that China’s coal consumption shrank. Representatives from Greenpeace East Asia credited the government’s aggressive anti-pollution measures with producing improvements in targeted areas. “Our analysis shows that the government’s strict pollution control measures are working, at least enough to record a modest improvement on last year in certain cities such as Beijing,” Zhang Kai, Greenpeace East Asia Climate and Energy Campaigner, said in an emailed statement. “However this is the only silver lining in a situation where 90% of cities still record levels of pollution that far exceed China’s own air quality standards.” 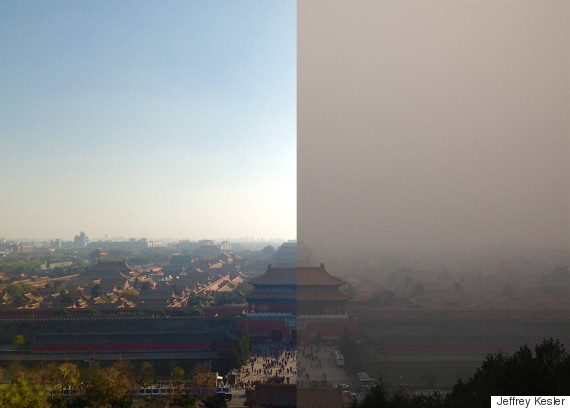 Beijing's Forbidden City as seen on a clear day during 2014 APEC conference, and a polluted day one month earlier. China has shown its ability to produce squeaky clean skies during major international events such as the Olympics, but those skies often come at the cost of strict vehicle restrictions and a near total halt in industrial production around the city. Worries persist that the government will simply export pollution to other parts of the country, shifting the problem away from high-profile urban centers such as Beijing. Greenpeace East Asia’s rankings of Chinese cities showed many central and even some far western cities were among China’s most polluted. Beijing ranked as China's 52nd most polluted city, while the award for most polluted urban center went to Baoding in neighboring Hebei province. Those rankings were made possible by an unprecedented release of air quality data by the Chinese government. China’s leaders have long resisted the release of comprehensive air quality data, initially labeling the United States Embassy’s public air quality readings to be an illegal interference in China’s domestic affairs. But as public awareness over air pollution grew in recent years, the central government has begun mandating public release of air quality readings. China is undergoing dramatic changes in its economy as the nation weans itself off a decade-long building binge that saw the nation produce and consume record-breaking levels of coal, steel and cement. That infrastructure-intensive development model produced nearly a decade of 10 percent economic growth and also dire environmental consequences. 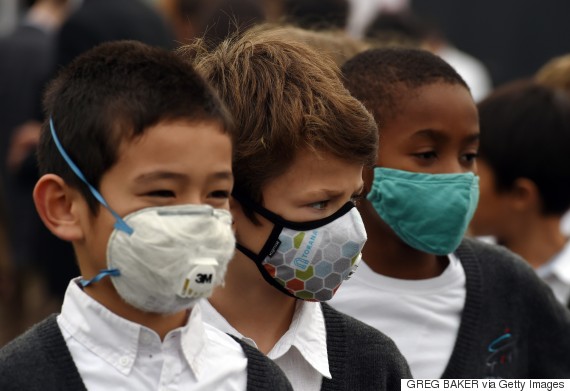 Now China is attempting to move toward a more technology-intensive and service-oriented economy, a transition that would be fantastic for China’s skies but very hard on its industrial rustbelt. Whatever the signs of improvement, the economic and environmental challenges ahead remain immense. “Despite modest improvements in high profile cities like Beijing, the figures paint a grim picture overall,” Zhang of Greenpeace East Asia commented. “It is essential for our health and the health of our children that we bring back our clean air.”