If bigger really is better, then Beijing's new airport is going to be incredible. A hub designed for the still-under-construction Beijing Daxing International Airport is set to become the largest airport terminal in the world. 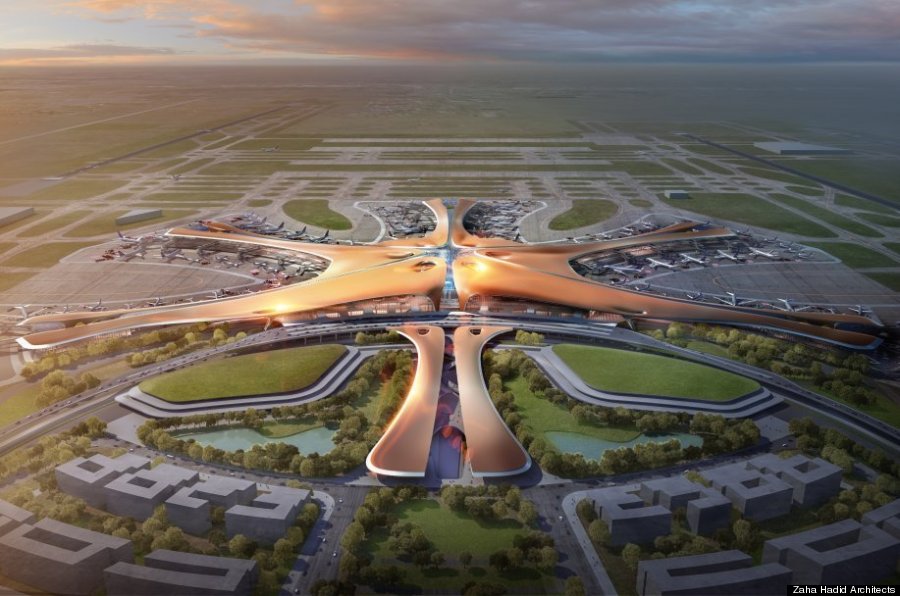 In a press release, Zaha Hadid Architects says that the new terminal "will provide an exceptional passenger experience with minimal walking distances and increased connectivity." The 6-prong layout, designed with a traditional Chinese aesthetic in mind, will make it easier for passengers to get from ground transportation to their gate. Due to the unique shape of its "airport piers," the terminal will be able to accommodate more planes than most airports.

Beijing Daxing International Airport should finish construction in 2017, and the proposed terminal will be built by 2018. Once completed, the airport will accommodate "the world's fastest growing aviation sector," according to Zaha Hadid Architects. Until the airport is finished, all travelers to China's most populous city will continue to fly out of Beijing Capital International Airport. 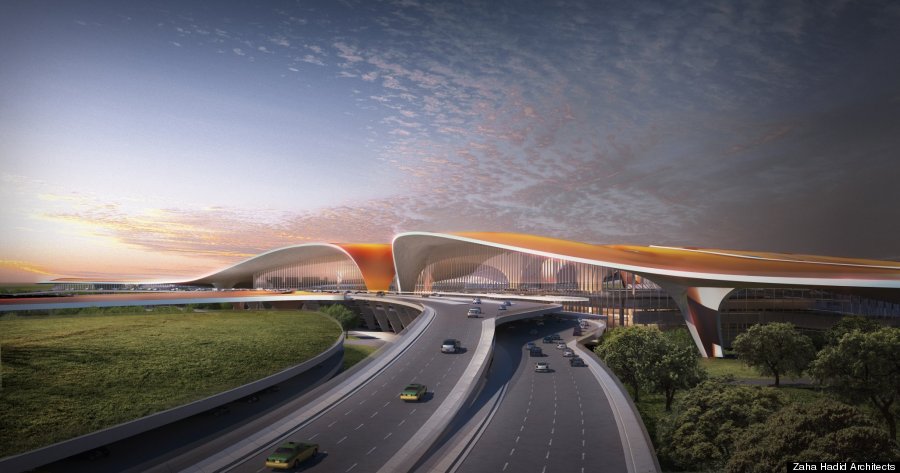