The Beijing Penis Restaurant, officially known as Guolizhuang, doesn't just serve cock. You can get absolutely anything there. 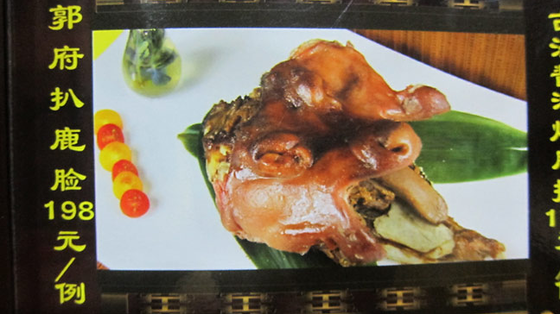 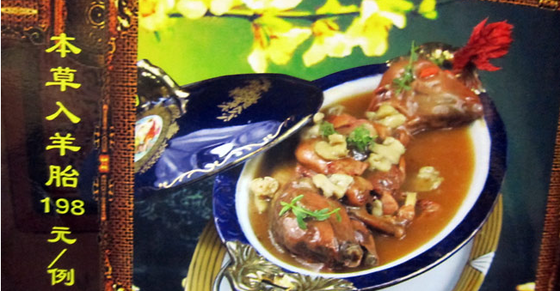 And the peacock's name was as poetic as the plating. It was called A Set of Palms from Heaven and Earth.

"Do you have any regular food," I asked, nervous.

The waitress assured me she did, and then proceeded to flip through the entire menu twice. She was sure there was something. In the end, she found us a plate of shredded tofu skin. Normal.

There was dog cock served with peppers, the baculum sticking from the bowl like a culinary erection. 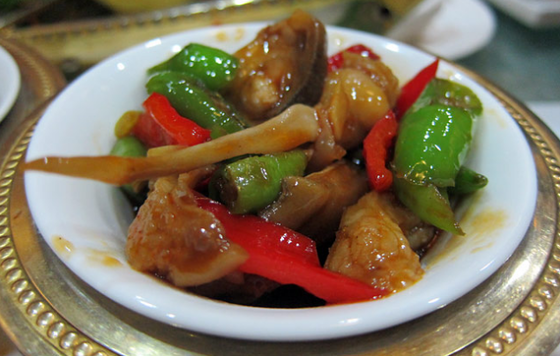 "This will give you magical powers," said the waitress, pointing to the penis bone.

The magical fool behind this meal, Blake, suggested I wear it around my neck as a talisman. I wanted to vomit. But I took a piece anyway. It was chewy. Nauseatingly chewy. I worked, and I chewed, and I worked some more, and I swallowed.

"Nice job getting that dong down, kiddo!"

The carpaccio-styled deer penis was easier. It was served alongside a furiously spicy wasabi dipping sauce. The gag reflex was more familiar this time. Just like sushi, or horse sashimi. 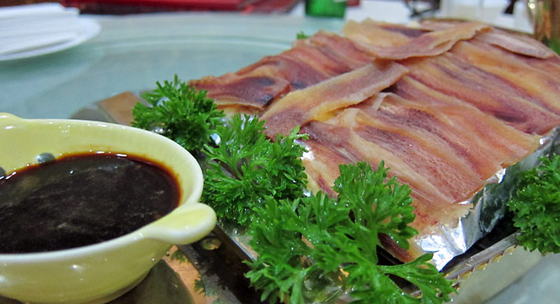 "Never thought a mouthful of cock would be so hard to get down," someone said.

"Yep," someone else responded with a grim face. "Dick meat really is chewy."

According to the menu, the world's greats all love a bit of cock. Napoleon, the Duke of Dong... 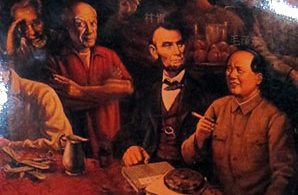 Our main course was a pot of cock. 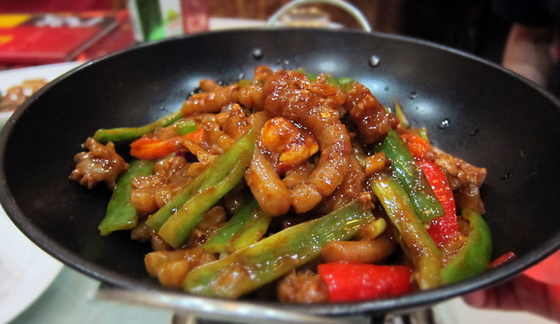 Was it really cow, deer, ox and horse penis stew? Did the waitress insist all of these cocks were once a meter long? Perhaps my memory is clouded by the deer blood whiskey she handed out, but all of this rings true.

And the dish rang positively horrible as well. One of the cocks was a small white glob that resembled uni or snot in texture. Unlike those, it wasn't even edible. It would get stuck in the back teeth, refusing to come out until you picked at it furiously.

"At least the balls aren't chewy," said Blake, munching down on another piece of spiced fried testicles in capsicum. 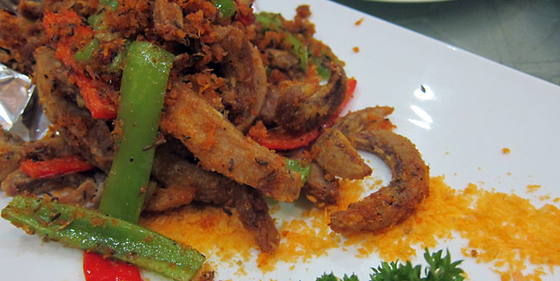 "Don't eat that," warned the waitress, waving madly at Michelle.

"You can try it, but only a little piece. If you eat it, you'll grow an adams apple, and a beard!"
Michelle's mouth dropped open. The waitress was serious.

"Is there something else I can eat instead?"

"Yes, yes, yes!" The waitress grabbed a spare menu, flipped through it, and immediately found the dish she'd recommend. 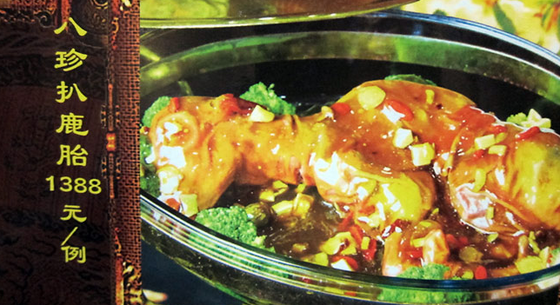 Michelle clenched her face, and ate maggots and worms instead. At least those wouldn't give her a beard. 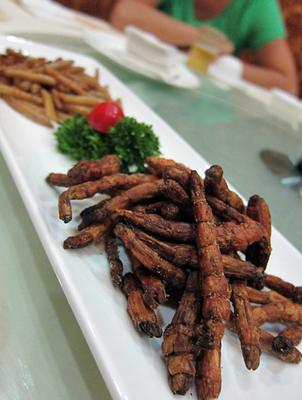 The waitress had warned of the fire that would start in the face: twitching ears, a burning nose, red cheeks. It would slide down through the body. The chest would rise, the breath would race. As the fire continues to burn, it would climax furiously in the middle. Your loins would blaze.

She said I'd be going all night.

To be honest, the only "going all night" for me was a relentless series of trips to the toilet. But it was all night.

In retrospect, I'm confused that we didn't order this pineapple. The name appears to be "Flaming Cock and Balls." How absolutely wonderful.