When another nurse asked me for a quick favor, I agreed. It's an unspoken rule among Emergency Department nurses that, when you've got a free moment and a coworker's crazy busy, you help.

Because in ten minutes the position could be changed.

So when Rhonda asked me to put an IV in a patient for her, I didn't think twice about it. I just went into the room to put it in. Thankfully, she'd warned me to wear a mask.

Some GI (gastrointestinal or stomach) bugs absolutely stink. This poor patient had a nasty, stinky GI bug and needed some IV fluids. Unfortunately, as I popped in the IV, this poor patient's insides decided they'd had enough. Things went spraying out of both ends and it was all I could do to not join in the spew-fest. You see, I was just pregnant enough to be sick to my stomach, though not far enough along to have told anyone except my husband. 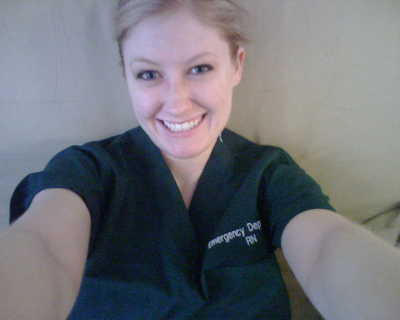 Thankfully, I didn't vomit. And, by some miracle, I'd jumped out of the way in time to avoid being sprayed by any bodily fluids that weren't mine. Then I got to clean up the mess. Oh, that was fun.

Being a nurse taught me to enjoy telling stories.

That was just fifteen minutes of one single shift. Having worked as long as I have, I've got so many other stories I could share. And the longer I do this motherhood gig, the more stories I get there, too.

Some of the stories are painful -- like the times we had to care for a baby that we knew wouldn't make it. A baby who shouldn't have been in our Emergency Department at all -- except that someone couldn't take the crying.

Others are miraculous -- like the time that several small children walked away from a wreck (that should have left their bodies broken and bleeding, if alive at all) with only a few bruises. We couldn't explain it, but those kids were certain angels had been there to help them. I believe them.

And some of the stories are just so ridiculous that they're hilarious. I'll never be able to let my boys ride Pogo sticks after the crazy injuries I've seen.

But, if you get a group of nurses talking, we'll start telling stories. And suddenly, it'll be three hours later and we're all laughing and crying at the stories.

It's the same way being a mom -- only it's my kids instead of someone else's.

It also taught me to get down on my kids' level.

In a hospital setting, kids are (understandably) terrified. Getting down on a knee and explaining why they need an IV (a straw in the blue lines in their hand) to give their body a drink makes it a lot less scary for them. They'll still scream, but they'll hold still (mostly). 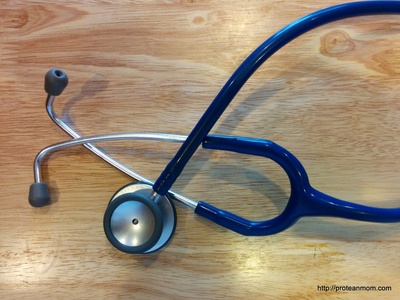 It taught me the importance of teaching in language that they can understand. Some days Bee goes full caveman mode and I'm pretty sure he's using his selective hearing on maximum, but if I get down on his level and hold him, he's a lot more likely to at least consider listening to me.

More than just teaching, though, it taught me to listen. Like when Prime is telling me all about the new truck he made to pass the latest level of his Angry Birds Pig game, what he's really saying is that he wants me to spend time with him. He wants me to see what he's doing. And then he wants me to help him beat the level, because he's stuck and he's quite frustrated.

Being a nurse taught me to appreciate a mother's intuition.

Sometimes a mom brought their kids in to the Emergency Department because something wasn't right. And while sometimes it was a false alarm, other times it saved the child's life.

One morning I woke up early to check on Bee. He'd had a nasty cold and had been coughing badly all night. As I went in to check on him, my nurse instincts kicked into overdrive. I knew that, as a nurse, he was sick and needed oxygen. I'd officially reached the end of what I could do for him at home. And we booked it to the hospital, where my coworkers all rushed in to help my sick little boy who couldn't even sit up because it took too much effort to breathe. A few hours later, he was doing much better. 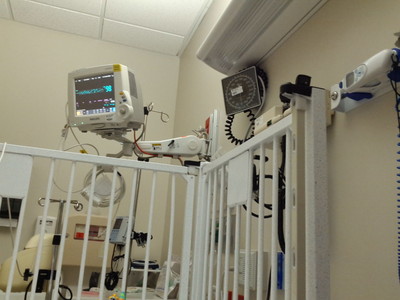 On the other hand, last night baby Jazz was screaming every hour or so. And while part of me thought, "this can't be normal...", the nurse and my mother's intuition reassured me that he was fine. Each part had to pull together to get me to believe it. But that little stinker, bless his heart, just wanted to nurse all stinking night because he's decided to grow.

Most of all, it taught me to appreciate this moment of life

When we'd get a code, we'd try everything we could to save that patient. We tried fluids and drips and medications and CPR. Sometimes, with some divine help, we managed miracles. Other times, we only bought enough time for the family to say goodbye.

But as I watch my boys angling their mini trampoline to jump headfirst into the couch; or as Bee trips and goes pin-balling off the walls with his head because it's past bedtime; or as my boys snuggle up against me for a story; I've learned that this life isn't something that's to be taken for granted. 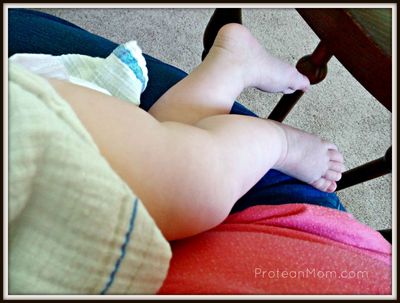 Because right now is my time to enjoy them. One day, it'll be time to let them go -- off to school, off to college, off to start their own families, or just as I head back in to the Emergency Department. But until that day, this moment with them is mine.

Do me a favor, will you? Go hug your loved ones. Let them know you love them. And then go hug a nurse.