Asian-American students in today's education system share the anxiety. Princeton researcher Thomas Espenshade and Alexandria Walton Radford of RTI International found that Asian-identified students had to score 140 points higher on their SATs to gain admission to prestigious colleges compared to white students. Espenshade's statistics are even more striking when comparing the admission rates and test scores of Asian-American students to students of other minority backgrounds.

But instead of constructing an objective reality of the college admissions process, Epenshade and Radford's statistics have intensified competition among minority students who have no choice but to view college admissions as a zero-sum game. The statistics have diverted attention from the greater issue at fault: a debilitated education system that fails to account for racism, historical oppression, and ethnic diversity. 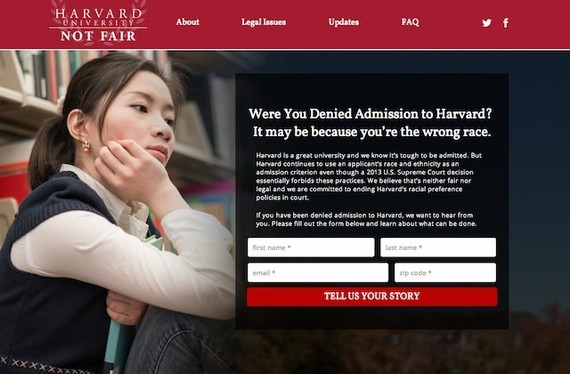 Using Asian-American faces and stories in anti-affirmative action efforts unfairly creates competition and division among minority communities. For example, during debate on the proposed referendum that sought to restore affirmative action in higher education institutions in California, a number of Asian-American legislators withdrew support for the California affirmative action SCA-5 after public criticism from vocal minorities of the Asian-American community, particularly Chinese American voters in Silicon Valley and the Los Angeles suburbs. This is in spite of records showing that about 2 in every 3 Asian American registered voters in California support affirmative action. In response, a number of black and Latino lawmakers and interest groups withdrew endorsements for Senator Ted Liu, a Chinese-American facing another Democrat in his congressional race. Black and Latino assembly members also withheld votes from unrelated legislation regarding the state's carpool system by Assemblyman Al Muratsutchi, a Japanese-American Democrat from Torrance.

The United States is quickly becoming a country with a majority-minority population, but white students still comprise over 60 percent of the college student population. As minorities, why do we have to fight over spots in the college admissions process when the "majority" refuses to budge in the first place?

We as Asian-Americans cannot afford to pit ourselves against other minority groups by buying into rhetoric of college admissions as a zero-sum game. We cannot subscribe to the idea of the "Asian-American whiz kid" and disregard the significant disparity that exists within groups of the larger Asian-American community. We cannot ignore individuals who, in spite of identifying as Asian-American, still struggle to obtain a higher education and better future.

We cannot let the anti-affirmative action debate, framed by those who have historically benefitted from the current education system, rupture our solidarity with other people of color.

Hand in hand, we as Asian-Americans and other minority communities must together frame the affirmative action debate among ourselves.