Two weeks ago I was celebrating the biggest win of my career, and maybe the biggest win in school history. Myself and friends -- Derek Schell, Kevin DeMille and Sean Smith -- had a nice dinner and ended up at a club in New York City. It happened to be drag night and we enjoyed an hour-long show. A few years earlier I could never have imagined celebrating this way. Yet, here I was and there were not many other people I would have rather been with. 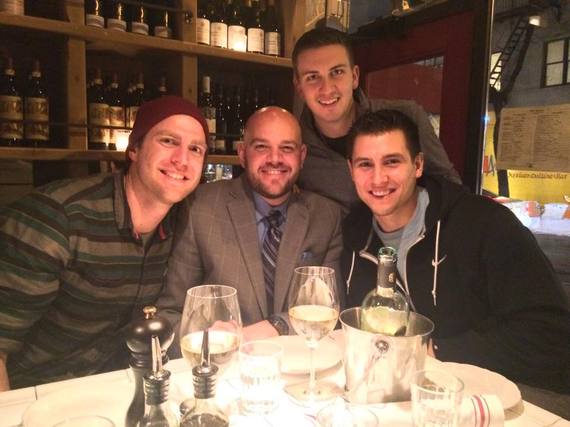 The remarkable thing is how much better my life has become. Twenty months ago, I was coming off of a difficult season. I had questioned my ability as a leader and whether I was going to continue coaching. This stemmed from a sub-par, frustrating season combined with personal problems. I had been closeted for 35 years and my charade was wearing thin. I knew that I needed to be myself, but fear of not coaching would not allow it. Hiding my true self, combined with a brutal break-up where I was betrayed had changed me as a person. I had become less trusting and much more guarded.

After coming out and being embraced by my players and community all of that changed. We had a great season that included my players wearing #Betrue shirts to our first game. We fell short of a playoff win, but knew we would be in much better spot a year later.

During the eight-month off-season I was able to find my authentic self. I lead conferences on leadership and inclusion to athletes in Denver, New York and Portland. I was able to speak at various schools and promote the acceptance and inclusion of LGBT athletes. And of course, I returned to the LGBT Sports Coalition Summit in Oregon. Taking a leadership role at the summit was amazing and just as empowering as the previous year.

Being more comfortable led to opening up and creating amazing friendships. Derek Schell, Sean Smith, Micah Porter, Kevin DeMille, Cyd Zeigler, Conner Mertens and several others are all people I couldn't imagine not having in my life. All of them are constantly there for support and love. The connections are amazing and I would not trade them for anything in the world.

As this season began, I knew that it would be special. Over the four-month period we won 17 straight games, captured the Yonkers City Tournament, the Gugliotta Tournament on Long Island, an undefeated league championship and the school's first sectional semi-final berth since 1982. Some of my above mentioned friends were able to watch practice and attend our games. You Can Play Executive Director, Wade Davis addressed the squad in December and my players repeated his message all season long. My two lives that were once very separate for a very long time had finally merged. I couldn't be happier.

Prior to the playoffs my peers voted me Conference Coach of the Year. It gave me a feeling of personal validation and pride. I was proud to be gay. Proud to be myself and find such great success. Over the next two weeks, I won my first playoff game. Afterwards I was flooded with emotions. A week later, we took home a quarter final game victory and advanced to our Sectional Semi-Final. 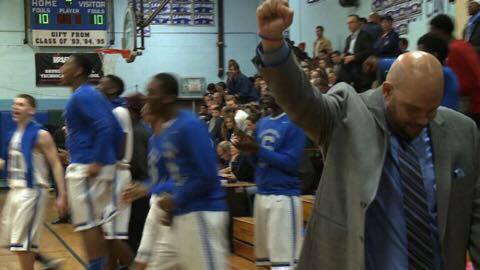 The hype leading into our game with national powerhouse Mt. Vernon was awesome. The public debate, media coverage and crowd was spectacular. As I took the floor I was met by my mentor and friend Henry Sassone. He was one of the first people I came out to and has been supportive of not only me, but the entire movement. As we embraced I saw tears in his eyes and had to contain my own emotions. At this point I recognized how important reaching this level was. We suffered a 84-74 loss to a better team. As always, I thanked the team and told them I love them. They responded in kind and have continued to do so these last few days.

We will celebrate the success of the season over the next few weeks and begin preparing for 2015-2016. I often wonder how much success we would have if I was still in the closet. I believe it would have been very different.

Coaching with a clear mind has allowed me to be better at my job. It has allowed me to open up to my team and share experiences. It has made us closer. I have friends that I truly could not live without and are active parts of my daily life. We are a unique family that exists from similar experiences. 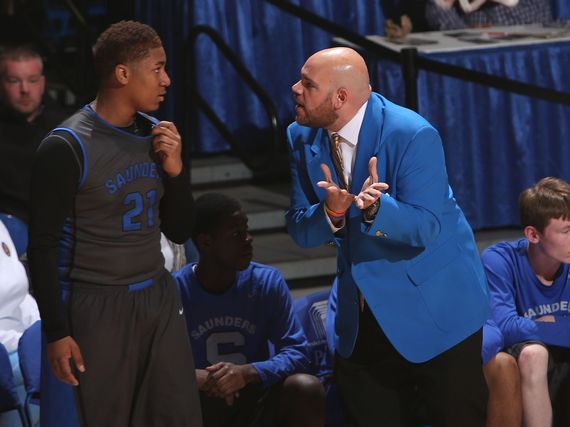 We often hear people question "Why does someone need to come out?" The answer is simple; visibility. There are thousands of coaches and athletes who felt the way I did for 35 years. They fear rejection, and the possibility of not being able to do something they love is terrifying. Well, it can be done. My players, peers and community have embraced me for who I am. The results are evident in the most memorable season of my career as a coach.

LGBTQ Queer Life Queer Voices You Can Play The Tackle