A portrait series inspired by a Twitter hashtag on being black and Muslim is exploring the challenges many people face at the intersection of two marginalized identities.

Visual artist Bobby Rogers published the powerful portrait series Wednesday night on his website and social media accounts. The project was inspired by #BeingBlackAndMuslim, a Twitter conversation initiated in 2014 by the Muslim Anti-Racism Collaborative (MuslimARC).

For the past few months I've been creating a portrait series inspired by the #BeingBlackandMuslim hashtag. I'm ready to share it with ya'll.

”My #BeingBlackandMuslim series was created to challenge the mainstream meaning of what it is to be ‘Muslim,’” Rogers, who identifies as Muslim, said in an email to The Huffington Post. “There is, and always has been, an erasure of Black Muslims from our historical teachings in America, just as there is an erasure of Black and Muslim cultures worldwide.”

There are more than 1.8 billion Muslims in the world, according to Pew Research Center. Muslims make up roughly 1 percent of the U.S. population, at more than three million.

American Muslims make up one of the most ethnically diverse faith communities in the country. A 2017 poll by the Institute for Social Policy and Understanding found that a quarter of Muslims in the U.S. are black, with slightly smaller percentages of white, Asian and Arab Muslims.

Some of the earliest Muslims in the U.S. were African slaves, at least 10 to 15 percent of whom are believed to have been followers of Islam. But despite this long history, many black Muslims feel like their converging identities are overlooked in conversations about both racism and Islamophobia.

“The erasure of Black American Muslims undermines efforts towards developing a unified front in the face of our greatest threat,” wrote black Muslim activist Margari Hill in a 2015 HuffPost blog. “Groups working in the field must take into account the ways in which their anti-Islamophobia work alienates Black American Muslims.”

Anti-Muslim sentiment in the U.S. spiked after the September 11 attacks and has surged again in the wake of terrorist attacks at home and abroad. Much of the work being done to combat Islamophobia has centered around promoting tolerance of immigrant communities, Hill noted, which ignores the experiences of black Muslims “whose Muslim identity is homegrown.”

“With my series I want to show society that Black Muslims have always been an integral part of American history, as well as, Islamic history,” Rogers said.

The artist said his project aims to bring awareness to challenges black Muslims face “as a result of occupying the axes of two of the most marginalized groups in society.” But through exploring these challenges, Rogers said he hopes “for others to understand the true beauty & resilience of being Black and Muslim.”

“When we speak about Islam we should recognize Blackness as an equal and integral part of the conversation, and additionally, truthfully acknowledge the scope of Black Muslims throughout history.”

Scroll down to see more powerful portraits on #BeingBlackAndMuslim: 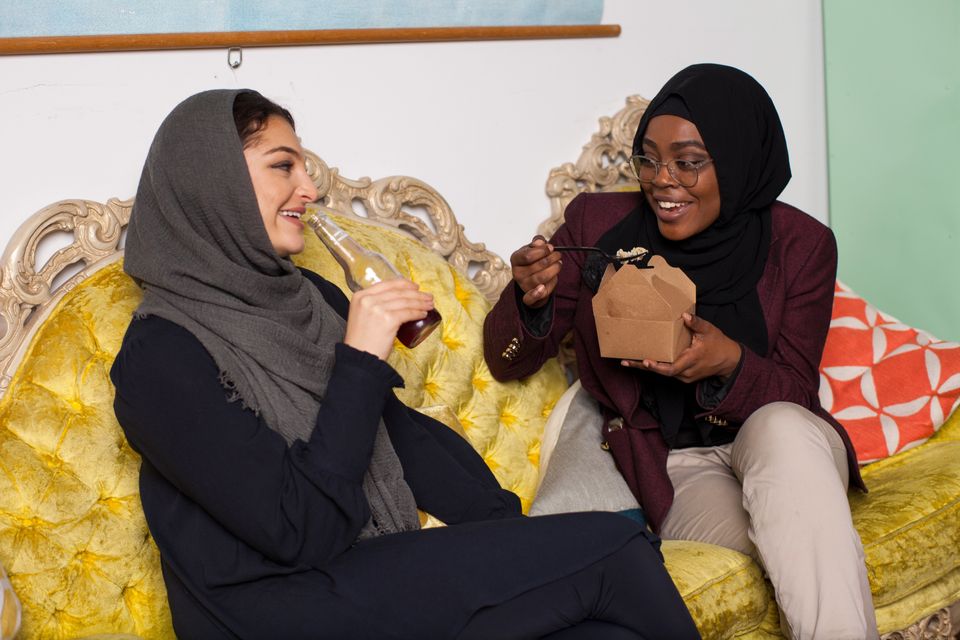