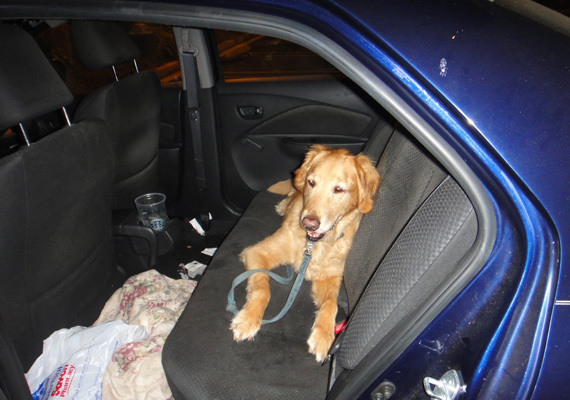 November 12, 2009: My dog Cody and I were getting ready to sleep in the Denny's parking lot. [Photo by Daryl Deino]

I have rarely revealed this to anybody and even people who know me will be shocked to hear this: I was mostly homeless for four years. I spent most of my nights sleeping in my car from October 2009 to October 2013. And I'm not ashamed to have done so. In fact, the experience of having it all and then losing it, which forced my homelessness, made me a better person and taught me a lot of important lessons.

Despite dedicating my life to helping others through jobs as a social worker and a junior high/high school English teacher, I found that since I was down, there weren't many - including people once close to me - who wanted to help me or even just comfort me. There were no phone calls to see if I was okay. There weren't even any emails. I never asked for money, but just wanted some type of support. Nobody wanted to be associated with a homeless person, especially one who actually had a college degree. I became toxic to many people who knew me. Soon, I kept my homelessness a secret to new people I met, just so I wouldn't be judged.

Let's backtrack a little bit. I was one of the victims of the economy in 2008. My golden retriever Cody, who actually found me in 1998, was my best friend and I swore I would never give up on him. I no longer had my own place and it was difficult to find housing that allowed dogs. I had to move into questionable places that put myself and Cody in harm's way. In the Fall of 2009, I discovered that I not only lived with a dangerous ex-convict, but that some of my things were stolen.

I moved much of my stuff to a storage unit and kept the necessary things in my car. I couldn't believe that I was homeless, but tried to be positive about it by realizing I at least had a car. If it was any place other than Southern California, I couldn't do it. The nights were cold enough, but I couldn't imagine what it would be like trying to sleep in my car in cities where the temperature dropped below 40 degrees.

The first couple of nights, Cody and I slept in the Denny's parking lot in Irvine. I was scared at first and kept a sharp army knife and mace under the seat. Then, I got used to making my car my hotel room and learned to just not look at people as they passed the car to bring attention to myself. Cody loved his new home. After all, going for trips in the car was his favorite pastime and now he was on a permanent vacation.

I had a Bally's Total Fitness Membership (replaced by 24 Hour Fitness one year later), so I took my showers every morning at the gym. It was working out well. Then, Cody and I would hang out at Starbucks all day. Sometimes, we would travel to San Diego or Laguna Beach. At times, we would stay in a hotel room for a couple of nights though excellent deals on Priceline. Being homeless wasn't as awful as one would think; if I wanted to live in San Diego one night and Laguna Beach the other, I could. For a couple nights, I "lived" in Beverly Hills - something I dreamed of as a kid.

Cody died in the back seat of my car in late 2010 and it was one of the saddest nights of my life. One would think that I would have moved to an apartment or found a roommate now that it would be a lot easier to. But I didn't, especially because I was still overflowing in debt with student loans. I became accustomed to living in my car and traveling from place to place. By 2011, I started getting writing jobs and some other temp jobs, which enabled me to save enough money to get a cheap motel room two days a week. In 2012, I started doing background work for television and films again after ten years, so I had to "move" to Burbank. 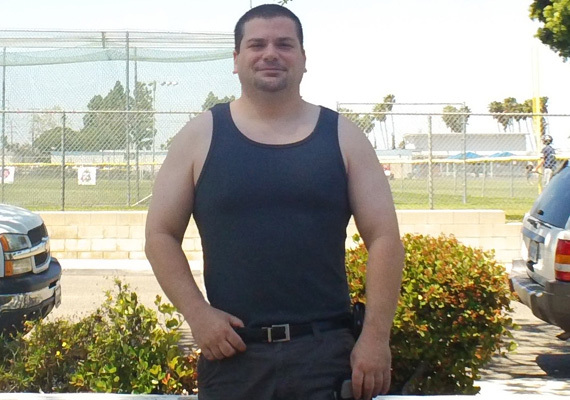 I stayed in the parking lot at the Rancho Margarita Shopping Center, which was probably safer than any apartment I ever stayed in. There were two other guys who I met there who were also sleeping on their cars, so we would watch out for each other. There was a Starbucks there, and I often used their bathroom to wash up. But I would always end up going to 24 Hour Fitness in Burbank to take a shower and work out. However, the Winter of 2012-2013 was pretty brutal, and not only did I get sick, but I found myself finally realizing I couldn't tolerate this lifestyle much longer.

In October of 2013, I finally got a decent-paying full-time job and found a house with roommates. Luckily, it was a decent living situation and I haven't been homeless in two-and-a-half years. I currently work out of my apartment as a freelance writer for several different websites. Some of the "friends" who ignored me for several years have suddenly contacted me again, usually because they think I can use my writing position (I write mostly about technology and entertainment) to promote their useless apps, awful music, or other lame projects. I have no problem telling them what I think of them and where they could shove it.

I may not be rich now, but I am earning enough money where I don't have to worry about sleeping in my car for the time being. However, I look back at my car-sleeping days with fondness, even though it's something I really never want to do again. But if I ever had to, at least I know it wouldn't be so bad.