Are you watching Mad Men? You have not been getting a truly balanced view of what it was like to be gay in advertising in that time period.

I beg to differ on the show's representation of the single gay character, Salvatore, who was fired by the fictional ad agency for being more open about his sexuality. According to the show's creator, Matthew Weiner, as quoted in The Advocate, "I felt it was an expression of the times that he couldn't work there anymore. It's the ultimate case of sexual harassment."

But there were plenty of gays who, like me, didn't bother to stay in the closet, succeeded, and thrived in this tough world.

Yes, some agencies were like the one where Don Draper works. But these stuffy, old-line agencies were the big ones -- BBDO, J. Walter Thompson, Leo Burnett -- not agencies like Draper's. They were top-heavy with upper-level management from Ivy League schools; they were agencies where women could only be secretaries or work in what was called the "Women's Division" (food, fashion, and cosmetics). In those kinds of agencies, if you were gay, you were probably closeted, like that poor character on Mad Men. But more likely, if you were gay, you didn't stay long at such an agency, as many of the smaller agencies were quite different -- fun agencies to work for, where being gay was not an issue.

The fact that no one at the Mad Men agency changes jobs is very unreal. In the advertising world I knew, you rarely worked anywhere more than two years, as other agencies wanted you for your knowhow on whatever account you had been working on. And your salary soared. You almost doubled your salary each time you moved. I went from $95 a week when I started at Kenyon and Eckhardt to something over $22,000 a year at Hockaday Associates in four agency moves. In the early 1960s that was good money. I spent two years at BBDO and only about a year at J. Walter Thompson, and voilà! Everybody did it. Why didn't Salvatore?

After I left BBDO, a friend told me he'd overheard comments about me in the elevator, along the lines of, "So, they were in a lot of trouble here when the queer that was writing all the great stuff left. But then they found another queer who could write just as fancifully."

When I finally hit Hockaday Associates, a small agency specializing in high-end fashion, furniture, cosmetics, and the like, it was a different world. 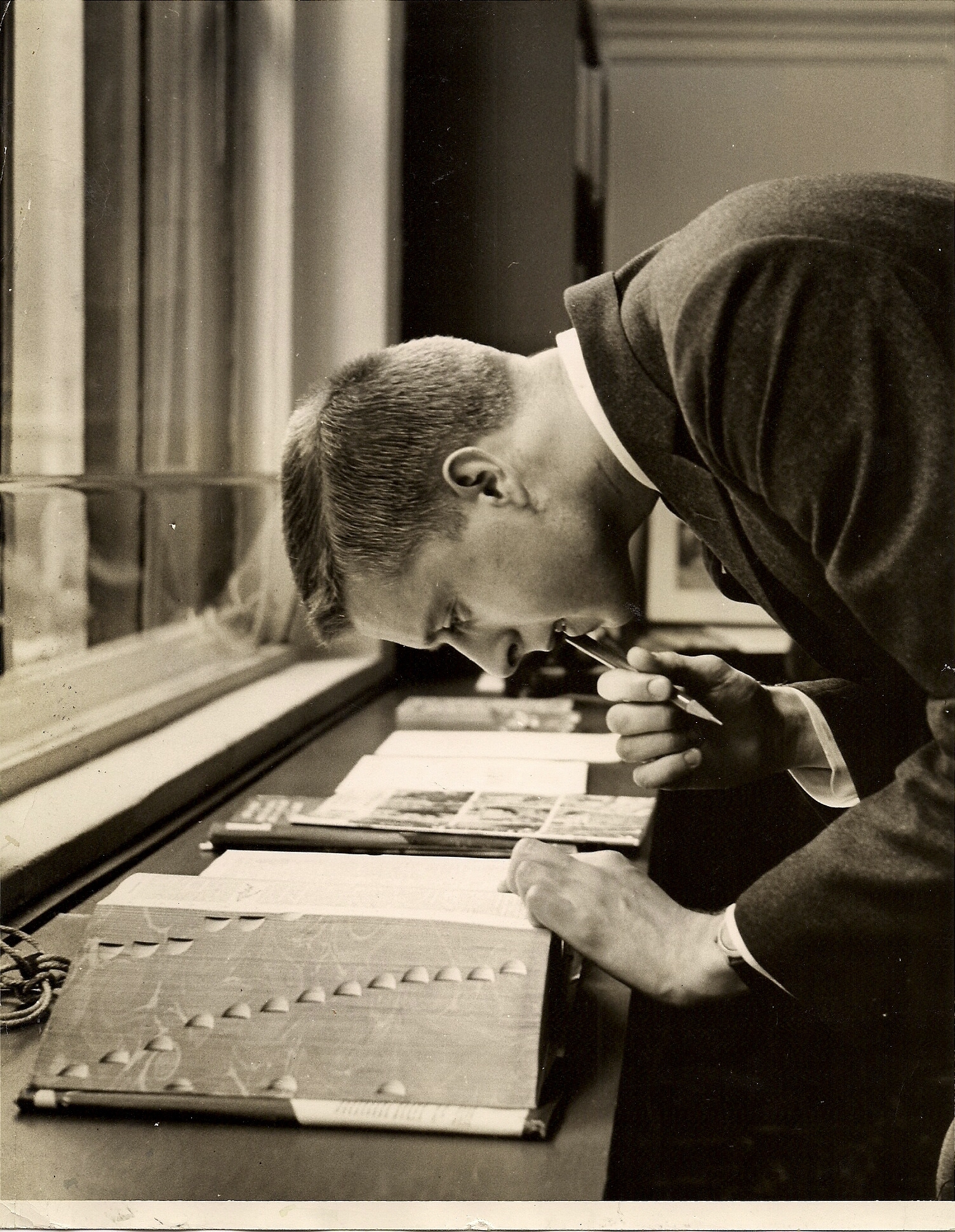 All the art directors were gay, and all the account executives were women. The agency president was in fact a Miss Hockaday, and she had her own take on the 1960s. Everyone really dressed to the nines. Everyone was good-looking, and there was wall-to-wall green carpeting in the foyer. A lady with a cart served tea every afternoon at 4 o'clock. Clients came in and were overwhelmed by the chic and wonder of it all. We were famous in the advertising world because Miss Hockaday dropped the Elizabeth Arden account. After Miss Arden kept her waiting for an hour for a meeting, Miss Hockaday swept in and said, "Miss Arden, you are a tyrant. We do not want to have this account," and swept out.

Can we please have more scenes like this on Mad Men?

The gay men on staff knew everything there was to know at the time about clothes, interior décor, you name it. I learned a lot. This was the early 1960s; being witty was important then. And let's face it: This was New York, where being gay was hardly a hidden-away phenomenon. In Greenwich Village the gay men were lined up every night along the western side of Washington Square. They sat and lounged against the low pipe railings there, which were called "the Meat Rack." You could drop in at Mary's on Eighth Street or go dancing at the Cherry Lane bar (men did the two-step there, clasped in each other's arms), right next door to the Cherry Lane theater. There was a large sign by the door: "Out of Bounds to Military Personnel." If you were gay in New York, you didn't need to run around hiding it.

And there were plenty of places in the advertising world where you could work and it just didn't matter. What outsiders little realized was the tightrope danger of the advertising industry. There was not a day you went to work that you couldn't get fired, regardless of whether you were straight or day. If the client vamoosed, the entire group servicing that client was fired. Immediately, to not waste salaries. You deserved "flight pay," we called it, like the pilots in the Air Force. Employees who could hang onto those slippery, shifting clients were highly valued. I was one of those employees. And I didn't care who knew I was gay. I was myself. Lots of ladies in the office told me that their closeted gay friends would sigh, "If only I could be as openly gay as Leddick."

And then I went to Grey Advertising...

I always said that everything I was or ever hoped to be in advertising I owed to Revlon. I was hired as the Worldwide Creative Director of Revlon at Grey Advertising in the mid-1960s. Grey Advertising was huge, the largest agency in the U.S. It was not like stuffy BBDO and other biggies. It was like Hollywood. It had scale, it had dough, and it was heartless. Revlon was the same thing, but only more glamorous, with more money, and heartless in their way, but very loyal to those they valued.

I was never "in" the closet, and actually, I enjoyed making all those white, heterosexual, tough guys face up to the fact they had to have me in that job, because Revlon liked me; they liked a creative director who was taller, blonder, and better-dressed than anyone else in their meetings. When they screamed and cussed and bellowed in their meetings, I would say, "Keep this up and I will lose my enthusiasm."

And during a tense meeting, when I took out my lip balm, my crew knew the meeting was over.

Every year on Advertising Age's "worst clients list," Revlon was always voted the number-one worst client in the United States. And I didn't care, because Revlon liked me, and they liked me for what I could do.

In meetings with Revlon, a head honcho would be chewing out the president of Grey Advertising, saying things like, "You guys are useless. You don't know what you're doing. You're a waste of time. The only reason you have this account is him!" And they would point to me. Gee, it felt great. They were loyal to those who truly were on their team.

At one point, my staff went on strike and told management that it was either me or them. They didn't want to work for me anymore. The head account executive called Revlon while they sat in front of his desk in assembled mutiny. He spoke briefly to the client and hung up. He said, "They like David. You're all fired." I only found out about this later.

Revlon spent $34 million a year on advertising. They were a big deal. That's $246 million in today's dollars, and the agency got 17 percent. We had enormous budgets and tremendous creative freedom, to an extent that was never seen again. One of my favorite creations was this commercial for Revlon's Jontue fragrance:

Some people call it "groundbreaking" and "iconic." I just thought it was a lot of fun.

Their world included major gays like Mr. Kenneth the hairdresser, Bill Blass the designer, and Mr. John the hat designer. And Halston, who went from hats to being a major design name. Believe me, none of those guys did anything but roar around town looking swell. One of my female writers said, "Some people think homosexuality is a crime. And some people seem to think it's a sin. But you, David, seem to think it's a luxury." Well, Mick Jagger wasn't out there acting very butch, nor was David Bowie and a host of other entertainers. This was the '60s, which I have always thought prefigured our 21st century.

And I think the gay advertising world of the '60s that serviced the major beauty and fashion clients like Revlon anticipated the gay liberation that is still in full-swing today. These were big people handling money and taking big chances. They didn't have time to care about what other people did in bed. They only cared about what you did in the office. It was refreshing, liberating, tough, and unprejudiced. They were only prejudiced against the untalented, and a little bit against those who were not good-looking and didn't know how to dress.

Revlon was the megastar of the cosmetics industry. It was headed by Charles Revson, whose head creative director at Revlon (and my counterpart) was Kay Daly, the highest-paid woman in the U.S. (hint, hint, Mad Men writers). She was paid $100,000 a year back then, a stupefying salary when writers started at perhaps $9,000 a year. My own observation is that as women became more and more liberated, attitudes toward gays became more liberated, too. Women in business simply did not care. The presence of gay men in the office did not make them examine their own inner sexual feelings as it did straight men.

Revlon was exemplary for this -- very macho, but not in the Ivy League, Brooks Brothers tradition. Revlon was much more European, and they realized that they were in a woman's business. Kay Daly led us to create the Revlon woman: single, beautiful, with a good job, and certainly not a virgin. She was welcomed by millions of women. Headlines like "Fire and Ice" and "Jungle Peach" let us all know something sexy was going on.

In many ways it was also very American: If you can do it, you can be it. As a French friend recently said to me while visiting me in Miami Beach, "The great thing here is that you feel anything is possible." And so it was, back then, in many parts of the Mad, Mad advertising world. But it wasn't all just Mad men. Much of it looked ahead to the world we are finally beginning to find ourselves in now. We were anticipating the 21st century about half a century before it arrived.

Every year I negotiated a new contract, and toward the end I was only working 32 weeks a year, finally. When the management at Grey asked Revlon if this would be OK, they said, "As long as he's here when we need him." I lived in Paris part of the time and would fly into New York on the Concorde for meetings late in the morning and go back the same night on the 7 o'clock Air France flight.

That was glamour. The fact that I was gay meant nothing and never came up. 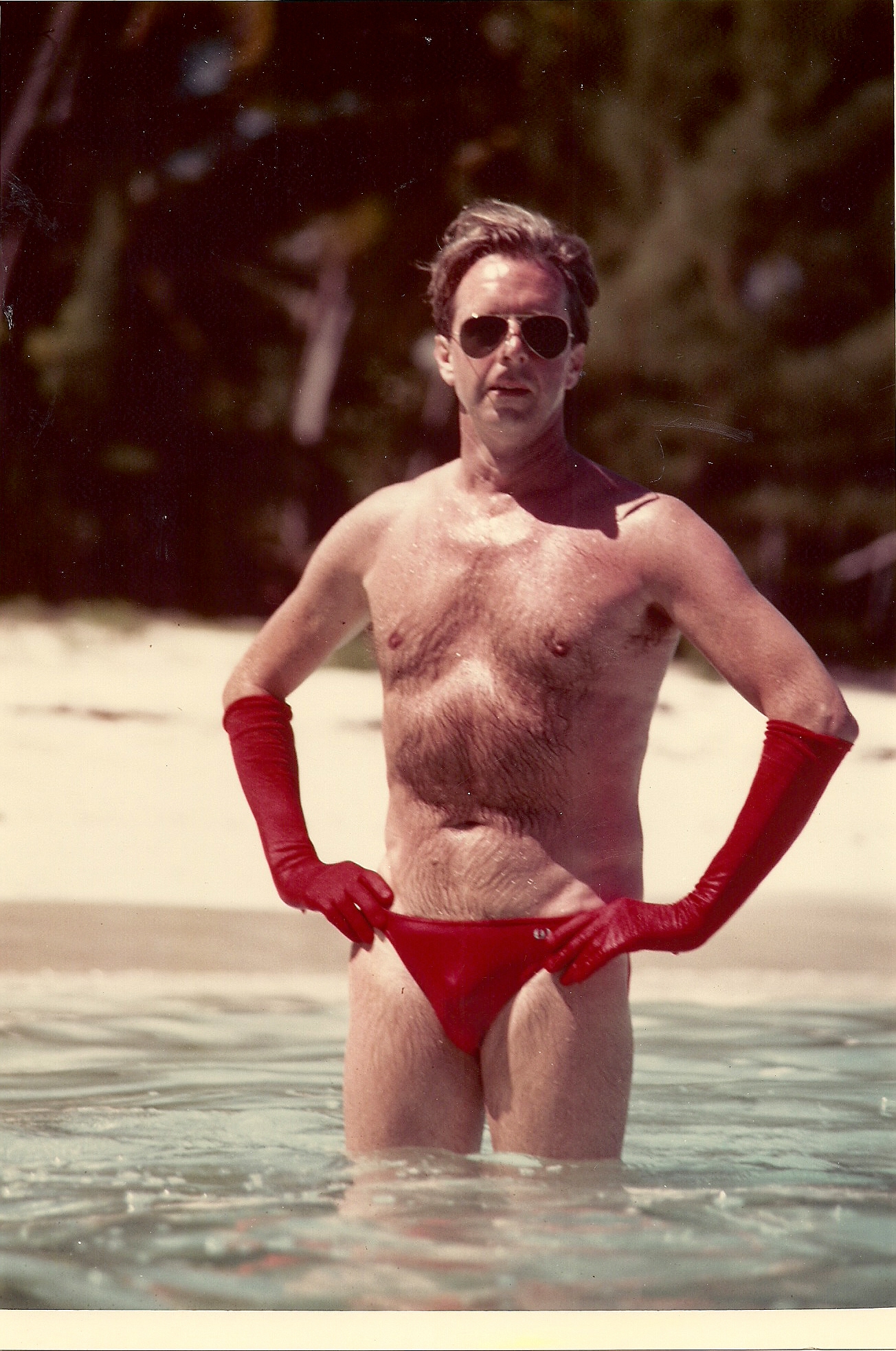 Just when you thought it was safe to go back in the water...