All around me, people use the word "retarded" without a second thought. Sometimes, I'll say "Um, dude, really?" and they'll say "Oops, my bad! But really! I was being so retarded!"

Sometimes, I let it slide. I realize that it's a word that's ingrained in our society's vocabulary and people use it without a second thought to its meaning.

But what does it mean to be retarded? Well, I know what it doesn't mean.

It doesn't mean not being able to choose something for lunch despite 100 choices in front of you.

It doesn't mean not being able to find your car keys.

It doesn't mean saying the wrong thing to a person.

It's not something to describe yourself when you've spilled your coffee, or tripped on a crack in the sidewalk.

It's not something to describe your computer, car or phone.

According to Merriam-Webster, the word "retarded" means: slow or limited in intellectual or emotional development or academic progress.

For me, it's not just any old word -- it's my daughter. My beautiful, bright, happy, loving, amazing daughter who is slow or limited in intellectual development and academic progress.

In our household, being retarded means something different.

It means not being able to fully care for yourself.

It means not understanding what the doctor is going to do to you.

It means not being able to explain what hurts when something hurts.

It means not being able to ride a two-wheeler. Or read. Or ever be able to live on your own.

But ever the optimist, I also know that in our household retarded means...

...never realizing the negativity behind the word "retarded."

...never realizing the ignorance of people.

...never knowing how other people view you.

...finding joy in the smallest of things.

...not realizing that there are limitations. 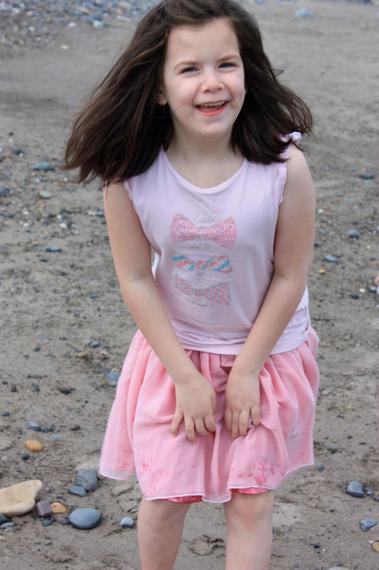 This is Maura. Her diagnosis? Cognitively disabled. Which means retarded. When you call yourself retarded, you're also calling my child stupid. Because you use the word as just that -- another form of stupid.

Let's get something straight here.

But Maura is not stupid.

In her own way, Maura is very smart. Maybe smarter than us at times. She has more self-confidence than anyone I know who's called themselves "retarded." She is a better judge of a person's character than anyone else I've ever known.

Yes, she is slow to learn things. But she is not stupid.

I know that most people don't use the word "retarded" maliciously. Most people I know use it in a self-deprecating way. And when I point it out, they go "Oh wow! I'm sorry!" and they truly feel like a heel. But the thing is, you're still using it in the way that people who do use it maliciously use it -- to describe stupidity.

So why not just use the word "stupid" instead? Because I know what "retarded" is. I live with it in the form of my daughter. And in our world, "retarded" doesn't equate to "stupid."

March 5th is "Spread the Word to End the Word Day," a campaign by the Special Olympics to help end the use of the "R-word." Find out more at r-word.org

This was originally posted at phoebeholmes.com.

More:
special needsintellectual disabilitiesr-wordParentsspread the word to end the word
Newsletter Sign Up
Raise the kind of person you'd like to know
Subscribe to our parenting newsletter.
Successfully Subscribed!
Realness delivered to your inbox