Full Definition of matriarch according to Merriam Webster dictionary,

: a woman who rules or dominates a family, group, or state; specifically : a mother who is head and ruler of her family and descendants.

In fact, they can look like any of us. One day I looked around, and except for some aunts, I realized that I was the oldest woman in my family. A matriarch. Sheesh. Now how did that happen?

Of course, I know how it happened -- just like I know why I have wrinkles around my eyes and mouth and my bones sound like Rice Krispies when I first get up in the mornings. Every day we live we are getting older; we can ignore it, we can deny it, or we can embrace it -- but it's going to happen no matter what your plastic surgeon tells you.

The View From The Bottom of the Stairs

When I was a young girl, I was convinced my mother and grandmother knew everything. There was no problem they couldn't solve. Until one day there was a problem they couldn't solve; my mother was diagnosed with terminal colon cancer. I promised her I would look after Grandma and I did. She lived with us the last few years of her life and it was an honor to care for her.

Grandma was the greatest matriarch I've ever known. She ruled her kingdom with kindness and love. All her children, grandchildren and great-grandchildren were in awe of her humble heart. We loved her so much that all she had to do was beckon and we came running to see what she needed.

After the death of my mom and grandmother I should have realized that I was now the matriarch but I didn't. Partly because I was too busy raising five children but also because I didn't want the responsibility or the worry that came with the title.

Matriarchs are supposed to have all the answers to all the family questions. Like, "What's Grandma's recipe for stuffing?" or, "Why did our great-great grandfather shoot someone on the town square?" And while I happen to know the answer to those two questions, (recipe here --http://nanahood.com/over-the-river-and-through-the-woods-to-grandmothers-house-we-go and shooting story to appear in the near future on my blog) there are treasure troves full of stories I have forgotten.

Unlike my grandmother my kingdom's subjects don't always come running when I beckon. In fact I can be buried under mounds of dirty laundry and scream bloody murder and no one would think anything about it.

"What's that noise?" one son would say to the other.

"It's mom screaming again," says the other son. "Something about dirty laundry."

"Oh, can you turn the television up? I can't hear ESPN."

Maybe Lady Violet would do things differently, but my family is stuck with me. A forgetful, slightly ditzy matriarch who loves her tribe beyond measure. 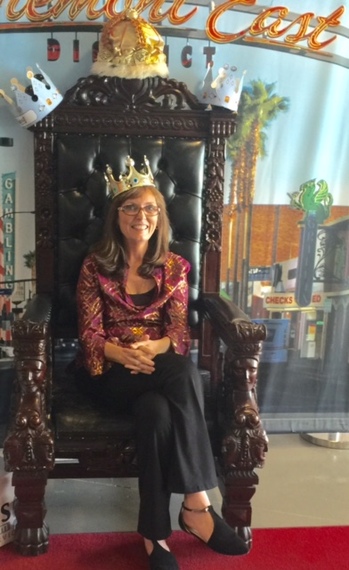