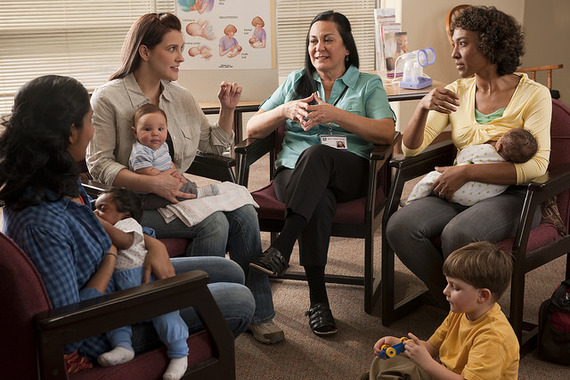 I facilitate a weekly new parents support group in my Boston neighborhood. We chat about challenges surrounding the transition to parenthood, including sleeping, feeding our babies and the choices we make as parents.

One day, during one mom's turn to check in, what started out sounding like a standard set of questions about daycare ended up taking a different turn. This mom had found a family daycare down the street from her home, and she described the provider as a kind and loving woman with years of experience with babies and children. She then paused in hesitation before continuing, "I don't know if I should even be worried about this, but...my daughter will be the only white baby at the daycare. I don't know how that will be for her and if I should be concerned about it?"

Her question immediately triggered years of memories, and I felt my face burn. I am a woman of color, a child of Indian immigrants. I grew up in a white Connecticut suburb and was often the only person of color in a room at any given time. As a child, I often fielded questions such as, "What are you?" and "Are you black or white?"

At the time, I didn't have the vocabulary to describe those comments, but now I can name them as microaggressions* the "everyday verbal, nonverbal and environmental slights, snubs or insults, whether intentional or unintentional, which communicate hostile, derogatory or negative messages to target persons based solely upon their marginalized group membership." For many people of color, microaggressions can feel like death-by-a-thousand-cuts since they happen so quickly, casually and frequently. Moreover, since microaggressions often fly under the "real racism" radar, many white folks may not notice these slights or may dismiss concerns that folks of color raise about microaggressions. How many times have we heard, "Oh, she didn't mean it like that"? And how many times will we have to explain that intent and impact are not the same?

Back in the parents group, I was reminded that racism can rear its ugly head at any moment, even in my progressive neighborhood. Quickly scanning the room, I noted two other women of color present, and I realized that I needed to let them know that they were safe at this group and that I would speak up on their -- and my own -- behalf.

However earnest and benign the intent, the new mom's question underscored her white privilege and the comfort and power that comes with it. Not only was her question potentially insulting to folks of color, but the fact that she felt that it was appropriate highlighted her lack of awareness about her privilege and the impact her words could have on the other women present. Her remarks implied an assumption that this public space was for her, and that her point of view was everyone else's point of view -- without any information about the other moms present. In contrast, people of color don't have that privilege, and in "mainstream" spaces, they cannot assume that the space is theirs and that white people share their viewpoint.

Becoming a new mom is an intensely vulnerable time. We are exhausted, figuring out a crazy learning curve, and dealing with the responsibility of taking care of a teeny person who's completely dependent on us. As new parents, we often come to a new moms group to find a place where we feel like we belong and like we are not alone.

For white women, a moms group can be another place where they never have to think about race or directly address it. Yes, white women can choose to speak up in response to racism and microaggressions, and they risk alienating their peers if they do so -- but they can also choose to say nothing at no cost to them.

Not having to think about race is a luxury that women of color do not have. We moms of color often walk into a new moms group knowing that we may be the only person of color in the room, and if we see another woman of color, we may be pleasantly surprised and relieved. White women, though, can and will assume that they will not be the only white woman present. While we all can assume some common ground with the other moms present, since we live in the same neighborhood and have the resources to attend a new moms group, we moms of color take a risk when we enter a room full of strangers, since we have no idea if and when racism will appear.

For women of color, the vulnerability of being a new mom is compounded with the vulnerability to racism and microaggressions, and that is again compounded with never knowing if anyone will speak up for us or understand our viewpoint. Our vulnerabilities are synergistic: on top of the stresses of being sleep-deprived, recovering from childbirth, and caring for a colicky, screaming baby, moms of color can't always feel safe in the supposed safe space of the parenting group.

Regardless of whether we women of color respond to a racist comment or stay silent, our safety and sense of belonging is compromised. We are in a bind: we have to choose between disturbing the peace of the group by advocating for what's right, or just silently absorbing hurtful remarks and not rocking the boat. Choosing to call out racism carries a greater risk for women of color because we can never guarantee that anyone else shares our point of view. And when we do call out racism, we often hear invalidating responses like, "you're being so sensitive" and "this isn't about race."

The fallout is that many moms of color then stop attending that new moms group. The cycle of silence among communities of color continues. Consequently, the loss is two-fold: first, moms of color lose the connection to a mama village and support system during a time of need. Second, since we moms of color are no longer physically visible in that new moms' space, white women's reality and vantage points are the only ones present, heard, and perceived as real.

So, upon hearing that mom's comment, I knew I had an obligation to the other women of color there that day, and I couldn't just let the comment go. But what if no one came back to my group? What if I was written off as an "angry brown lady"? What if the women present told all the other new moms in my community that I was rude, unwelcoming, and dismissive of valid concerns? What if they told everyone that they just wanted a place to meet other new moms and I had to go and ruin it by talking about racism and white privilege?

I responded, "Putting our babies in childcare can be very stressful and full of unknowns. But it sounds like you feel comfortable with this daycare provider and that you like the place. I also wanted to add that as a woman of color, I am frequently the only person of color in any room, and to not have to experience that is a luxury. It can be helpful to keep privilege in mind as we think through our concerns."

The woman who made the daycare comment never returned to my group. Neither did one of the women of color who was there that day. But nearly everyone else did. Weeks later, I ran into one of the moms who was there that day, and I asked her if she felt I had been out of line with my response. Thankfully, she said, "No way. You said what needed to be said. You made the rest of us feel safe, and you set a tone for what's OK and what's not OK. It's one of the reasons I'll keep coming back. Thank you." 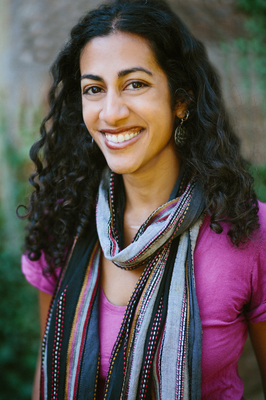 Divya Kumar survived growing up brown in Connecticut, tried to be a rock star, went to public health school, and carved a meandering career path to what she thinks are the best jobs in the world: running support groups for new parents and providing comprehensive perinatal support at a community health center as part of a state-funded postpartum depression prevention initiative that she helped create. Irreverent and full of love, she brings a fresh voice, honesty, and humor to the madness of parenthood. A writer and an "in-person person", she creates community and brings people together with her relentless ability to tell it like it is. She lives in Jamaica Plain with her husband and two kids.