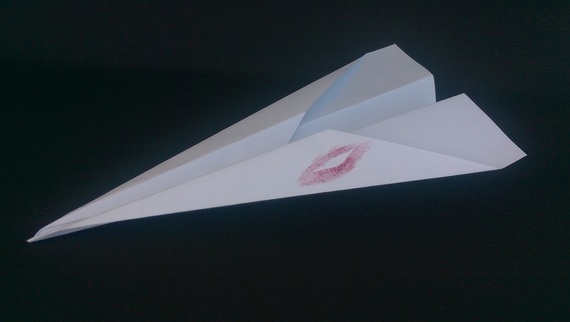 My kiss with Amanda would weigh on me for 21 years, well after I had gotten into the right body.

Oh I had such a crush on her. We met in preschool at the YMCA, where one morning my dad taught all the kids how to make paper airplanes, and the air filled with white sheets folded down to the nose.

We did not see each other again until water polo games twelve years later, when Amanda played for the team at the high school across town. Coupling up under the rivalry was in vogue among our friends.

It would be another year or so before I started dating guys, let alone gender transitioned. Maybe Amanda was a little bit of a tomboy, maybe it was the chumminess of water polo or just the gleam in her face, whatever it was smote me all the more.

I invited her to go down to the river; I wanted to kiss her there. In the years since, the growth of the subdivision out by our spot -- where someone tied up a rope swing that a generation had used to fling themselves into the water -- would transform the walk along the railroad tracks and down through the wooded grove into a series of backyards.

That afternoon it was still no man's land, it was everyone's and ours alone and we were the only ones there.

Of course the couple hours Amanda and I spent chatting at the water's edge with our toes in the mud amounted to torture. Each minute that passed meant another minute that I had frittered away. I hung onto every word she said, mostly because each one came from her lips. I wanted to kiss her more than anything.

The day started to wind down, and still I had yet to make a move. The next thing I knew, the sun was making its way toward the horizon beyond the bluffs. It would get dark eventually. The time had come to go home.

I walked as slowly as I could. We made our way up the hill and toward the trees. Soon we would be past the grove and out in the open by the railroad tracks again. It would be too late then, I could not wait another second.

So I clasped her wrist, and I kissed her. She sort of kissed me back, but she also sort of twisted away.

Amanda had not wanted to kiss me. I had made her unhappy.

I dropped her off at home. We did not really speak again for the rest of high school.

Two decades passed, over which I felt horrible whenever I thought of what happened.

Once we became Facebook friends, I kept meaning to message her an apology. But just as I dallied in kissing her when we were young, so I fell short in working up the courage all these years later.

Until she posted her senior photo!! There was the Amanda I had crushed out on, smiling and gleaming and cuter than ever in reminiscence.

I wrote to say how sorry I was for mucking up our friendship, kissing her when she wasn't into it.

Oh no, girl, she wrote back, she had wanted me to!! If things had seemed weird, it was only because I was... her first kiss.

I bet I wrote about it in my journal, she said. And 15 minutes later, I was reading a PDF of a piece of lined paper from 1993, with a description of how the sunlight bled across the sky and dappled the world through the trees as I kissed her.

So after all this time, the memory she took away was the moment I had wanted to give her, and more.

I threw all caution to the wind and asked about that morning in preschool with the paper airplanes. She remembered.

Today, with the weight of the past having turned to a feather, only the unbearable lightness of being human still lingers: how many other moments did the insecurity of living in the wrong body cause me to miss?

Perhaps just as many as the memories that being transgender has yielded. My life would not be mine if I could change how it happened.

And besides, after my sex change I got to have some of my own first times all over again -- and then experience them once more in writing a memoir I am working on.

Inhabiting the right body is no guarantee that anything will else will follow. All it means is that now life may work in the correct medium -- like a study for a portrait that the future will paint: 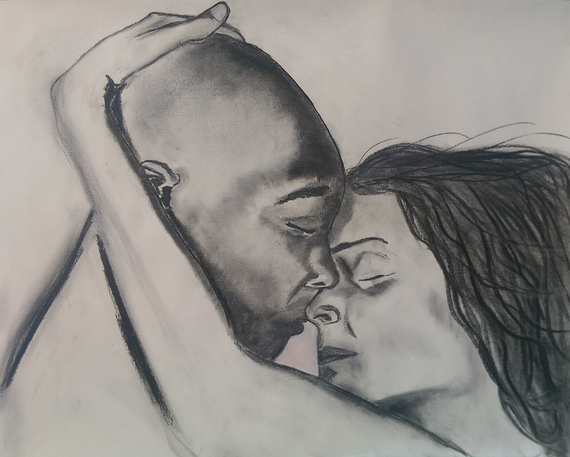 But that is another story, to be continued...

This post concludes Part One of Being Transgender -- Naked, a project in multiple media examining personal identity in society today. Thank you for reading, and please stay tuned for more.