The powerful hashtag #BeingFemaleInNigeria is trending on Twitter, sparking a conversation about the daily sexism and misogyny women in the West African country face.

Nigeria has made headlines world wide in recent months due to the kidnapping and rape of thousands of girls at the hands of Boko Haram, its recent banning of its recent ban on female genital mutilation which 41 percent of Nigerian women experience, ongoing debates about abortion rights, and other pressing women's rights issues within the country.

But as women and girls in the country continue to struggle with these harrowing social issues, there's been very little international discussion about the sexist microaggressions and social constraints that modern Nigerian women deal with on a day-to-day basis. #BeingFemaleInNigeria has become the catalyst of that badly needed conversation.

A Nigerian book group calling itself the Warmate Book Club created the hashtag earlier Tuesday (June 30), after a discussion on Chimamanda Ngozi Adichie's "We Should All Be Feminists" TedTalk transcript. Book club member Tinu Akinwande told The Huffington Post that the predominantly female, 20-person group began to share firsthand stories of sexism.

"When people started sharing experiences it was so bad and we just wanted the message of gender equality to go all out," Akinwande said. "We decided this afternoon after lunch to start the hashtag."

Akinwande and other book club members tweeted the hashtag, calling on fellow Nigerian women to share their own experiences. The call out yielded enlightening observations, with thousands of users making the hashtag the number one trending topic in Nigeria and six in the UK within hours.

"What we are trying to do is open people's minds to what some people in the society has termed as the norm," Akinwande explains. "We are happy the hashtag has gone worldwide. We never expected all the buzz. This conversation is never ending. And until we speak and create awareness about it this attitude will not change."

Tweets have covered a wide range of topics, including the pressures Nigerian women face to get married and have children:

#beingfemaleinNigeria when you leave a bad relationship and people tell you: 'why didn't you endure?'

Slut-shaming and double standards between men and women:

Several landlords rejected me because apparently it’s not proper for a woman to live alone. #BeingfemaleinNigeria

#BeingFemaleInNigeria where moral teachings are targeted at women because you know boys will be boys.

#BeingFemaleInNigeria "Your husband cooked? And you opened your mouth and ate the food? What kind of woman are you?"

#beingfemaleinnigeria if you do not live with your parents you's a hoe.

#BeingFemaleInNigeria your brothers can go out anytime they like, but as a girl you have to give two weeks prior notice n be home by 4pm. 😩

And beliefs that women are inferior physically and mentally to men:

#beingfemaleinnigeria I was asked: "You answer questions with certainty. "Were you a "tomboy" whn you were younger?" Is knowledge masculine?

#BeingFemaleInNigeria You are a lady you cant be seen to be too smart, sometimes pretend not to know anything, men like submissive women.

Some Nigerian men have also weighed in on the hashtag, some with anger, and others with empathy.

My fellow men, I think the appropriate response to #BeingFemaleInNigeria is empathy and a quiet resolve to help the situation, not edginess.

But there have also been uplifting tweets in the hashtag, highlighting the strength and ambition of Nigerian women:

#BeingfemaleinNigeria means being surrounded by strong women. You see them, you know them and a lot of times we are them!

#BeingFemaleInNigeria means you are more likely to start a business than a woman in USA. http://t.co/Dpo2kA6rnr

Only several hours old, the hashtag conversations have no signs of slowing yet. The observations, both negative and positive, continue to be honest and enlightening. 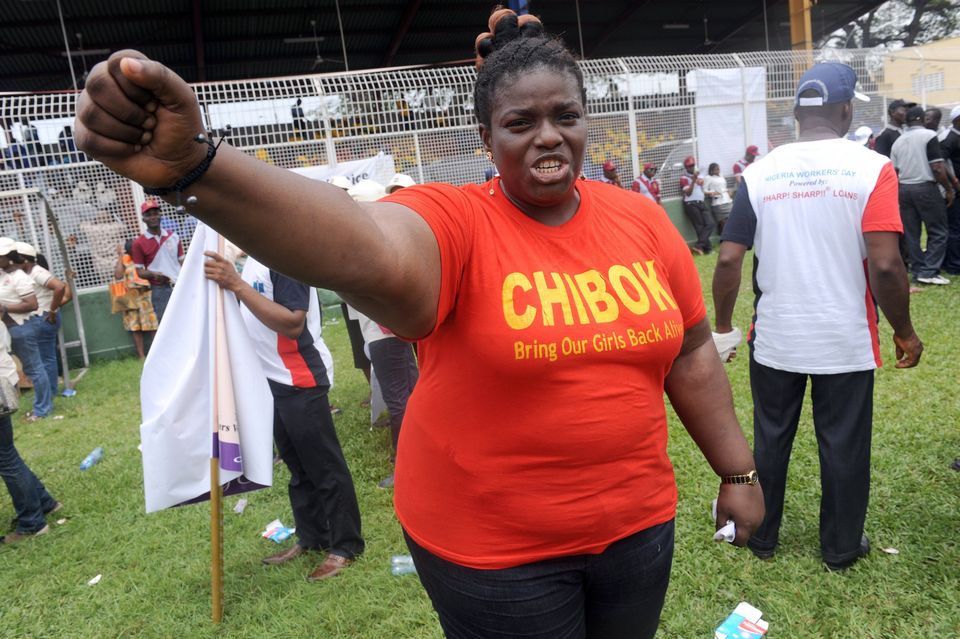