BEIRUT -- A large explosion targeted the convoy of a leading Lebanese political figure Friday morning, killing him and several others, and threatening to bring further instability to a country already tense over the Syrian civil war next door.

The explosion, which could be heard across Beirut and shattered glass in office buildings for several blocks, occurred in the city's upscale downtown area, not far from the site of the 2005 attack on the convoy of the prime minister's father, Rafik Hariri. The trial of four Hezbollah figures for that deadly attack is due to begin in a few weeks.

No group has claimed responsibility for Friday's attack. In the past few months, Lebanon has seen a steady uptick in violent incidents, including a massive, two-phase attack on the Iranian embassy in Beirut's southern suburbs in November.

Responsibility for that incident, which targeted a stronghold of support for the Lebanese political and militant group Hezbollah, was claimed by an al Qaeda-linked Lebanese group called the Abdullah Azzam Brigades. It was seen as part of a campaign of retribution against Hezbollah and Iran for their roles in defending the regime of Syria's president, Bashar Assad.

By contrast, Chatah was a well-known critic of Hezbollah and the Syrian government, dating back to his time as an advisor to the elder Hariri in the late 1990s before a popular uprising forced Syrian troops to withdraw from Lebanon.

Shortly before his death, Chatah sent out a tweet criticizing Hezbollah for its efforts to secure legitimacy in Lebanese affairs without the formal institutions of the state:

#Hezbollah is pressing hard to be granted similar powers in security & foreign policy matters that Syria exercised in Lebanon for 15 yrs.

Amal Mudallali, another longtime Hariri advisor, told The Huffington Post that Chatah's death was a loss for the forces of moderation in Lebanon.

Chatah was educated at the University of Texas, and was the Lebanese ambassador in Washington, DC, from 1997 to 2000.

"I'm devastated," Mudallali said. "It's such a tragedy."

NOTE: An earlier version of this article said the attack was the work of a suicide bomber. New information revealed the explosion was caused by a car bomb. The story was updated to reflect the new information. 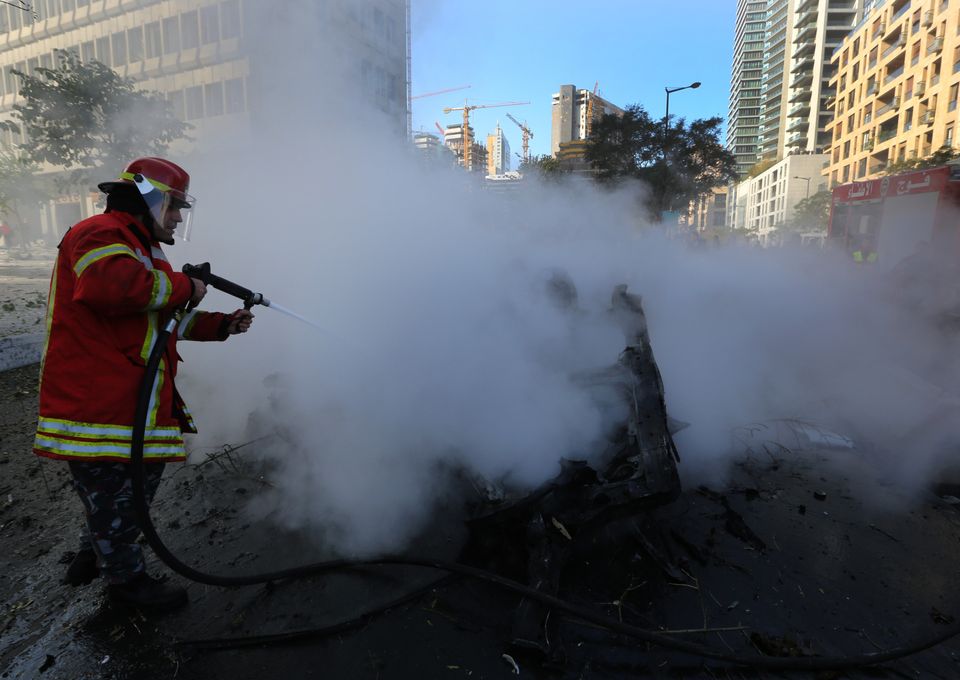