It's tough being a satirist amid countless known and invisible threats, but that hasn't deterred Maya Zankoul, Toni Yammine and their merry group from poking fun at all things Lebanese via Beirut+ TV.

"My dream was for years to create an animated series like the Simpsons," Zankoul said, adding that an initial attempt to secure funding for it failed, so she decided to do it independently. 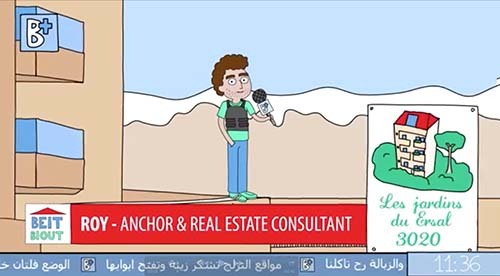 What that taught her was that the Lebanese market wasn't ready for an animated TV series and that it didn't yet make commercial sense because the cost was much higher than the viewership, compared to series abroad.

"And the topic is Lebanon, so it's very limited," she explained. "This is why we decided to go for the Web, do something which will probably reach more people than TV, and the format of two or three minutes long each."

The online animated videos on Beirut+ TV's YouTube channel -- 16 episodes to a season -- are Zankoul's latest venture to skewer, but not slaughter, Lebanon's various television programs, channels and sacred cows with sarcasm, parody and satire.

This week's seventh episode of the launch season is on real estate programs. It mocks the promotion of multimillion-dollar apartments in a fictitious development with a fancy French name made to sound like a Lebanese border region noted for its lawlessness.

Roy, the show's reporter who appears in every episode, ends up with a bullet in his shoulder despite wearing a bullet-proof vest. 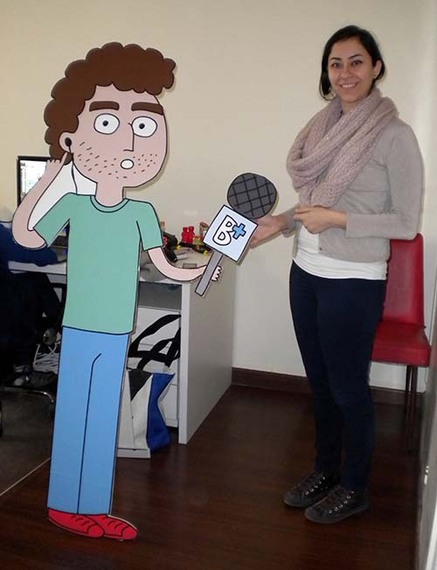 "I hope Beirut+ TV becomes part of the pop culture," said Zankoul, who rose to fame as a blogger/cartoonist venting off about pet peeves.

Viewership is steadily rising and the show is being heavily publicized on social media.

Zankoul, 28, and husband/partner Yammine, 33, write the scripts of their 2-D videos while a team member animates, friends who are actors do the voices, and Toni provides the sound effects and music. 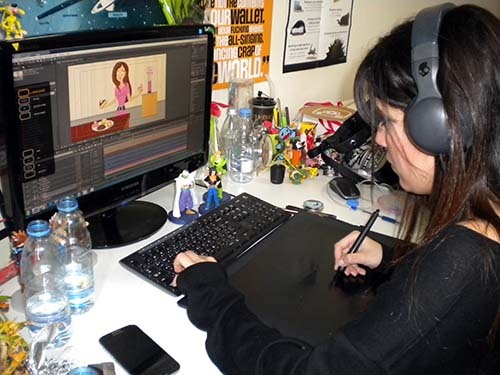 But this fun venture isn't their main occupation.

In 2013, Zankoul and Yammine co-founded Wezank, a firm that has to date created and produced some 200 "animated explainer videos" for clients in Lebanon, the United Arab Emirates (UAE), Saudi Arabia, Kuwait, France, Switzerland, and the U.S. 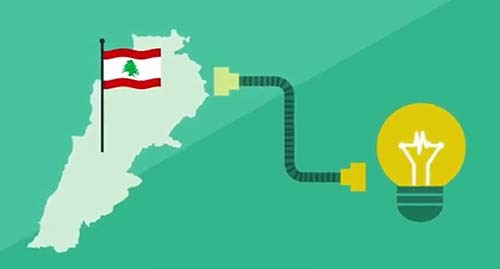 "There was a demand in the market, I'm an illustrator and I love animation. My partner Toni works in sound design, production and music. If you mix both, you get video animation," Zankoul explained.

Wezank, partly derived from Zankoul's family name, is riding the entrepreneurship wave and catering to people with no patience for long texts. Most of the videos are for new companies, new apps, and new ideas. 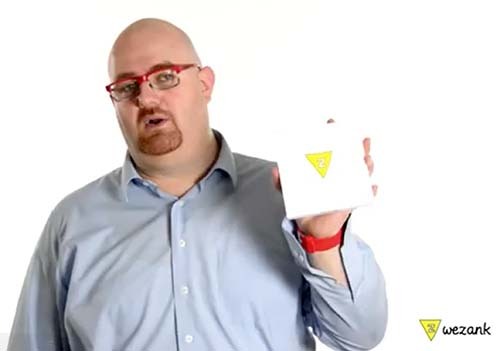 According to its founders, Wezank can reach more people for its clients by explaining how things work in a one-minute video.

The company is currently producing 30 videos for Néstlé-UAE to populate its YouTube channel with content. Ten of the videos are live action, healthy recipes, using food giant Néstlé's products.

Wezank produces many versions of its videos, mostly in English and Arabic, but also accommodates French-speaking clients.