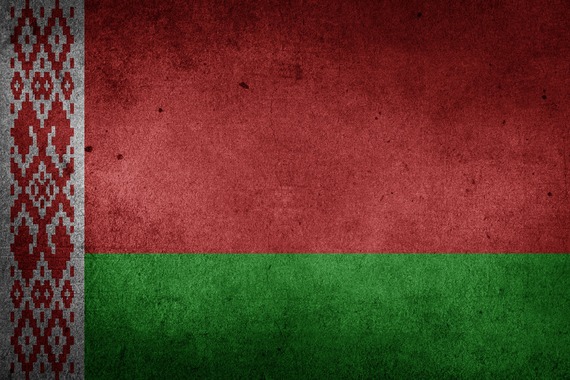 The West found out firsthand on January 7 of 2009 how Russia uses oil and gas as geopolitical weapons.

That was the day in the dead of winter when Gazprom halted its gas supplies to Ukraine in a dispute over price and money that it said Ukraine owed it.

At the time, Russia supplied a third of Europe's gas -- and 80 percent of it came through Ukrainian pipelines, so cutting off gas to Ukraine meant cutting it off to the continent.

Moscow cared not a whit that its dispute with Ukraine would cause collateral damage across Europe. In fact, it may have hoped that a terrified Europe would quickly lean on Kiev to take steps to end the dispute.

That wake-up call in 2009 should have galvanized Europe into rushing to reduce its dependence on Russian gas. But that didn't happen until 2014, when tension between the West and Russia soared over the Kremlin's seizure of Crimea and support for the eastern Ukrainian separatists.

Now evidence has surfaced that Russia is using oil and gas as a geopolitical weapon against another neighbor -- Belarus.

Russia also has a stranglehold on Armenia's gas and electricity supplies -- one of the reasons that the small Caucasus country has had little room to develop true independence. In the fall of 2013, Russian President Vladimir Putin forced Armenia to drop its plan to become an associate member of the European Union and join the Moscow-led Eurasian Economic Union instead.

On July 1 of this year, Russia cut the amount of oil it sells to Belarus by 40 percent.

This will be an economic disaster for the country, which earns a quarter of its export revenue from refining oil into gas and other products.

Russia contended that the cutback was the latest round in a "commercial dispute" with Belarus.

But officials in Belarus' capital of Minsk said the reduction came without warning.

Political analysts inside and outside Belarus say the real reason for the cutback was a warning that Minsk should think twice about developing closer ties with the West.

When Russia seized Crimea and sent troops into eastern Ukraine to help the separatists in 2014, Belarus' president, Alexander Lukashenko, feared his country could be the next invasion target.

So the man who had once thumbed his nose at Europe and the United States, and taken pride in the West calling him Europe's last dictator, began mending fences with the West.

In the same way that he was once defiant toward the West's criticism of Belarus' human-rights record, Lukashenko showed defiance toward Russia last week.

In a meeting with the U.S. Embassy's charge d'affaires in Minsk, he said he wanted to normalize relations with Washington.

Then he took a slap at Moscow, asserting that no country could veto U.S.-Belarus relations.

Vetoing Ukraine's relations with the West is exactly what Moscow is trying to do in Ukraine.

It started in late 2013, when Putin browbeat Ukrainian President Viktor Yanukovych into reneging on Ukraine's commitment to sign an association agreement with the European Union.

Putin's bullying backfired. Pro-EU forces in Ukraine rose up in the spring of 2014 to oust Yanukovych, who fled to Russia.

Although Yanukovych's successor, President Petro Poroshenko, did sign the agreement, Russia continues to try to veto EU-Ukraine relations by stoking the conflict in eastern Ukraine. Every week there are dead and wounded, while the Minsk Peace Process makes no progress.

Poroshenko desperately wants peace in the east so he can try to rebuild Ukraine's shattered economy. Putin won't let it happen. His goal is to keep Ukraine unstable until another pro-Moscow leader emerges in Kiev.

Fear that Russia might try to "pull a Ukraine" in Belarus is a key reason why Lukashenko has refused to cave in to Moscow's demand for an air base on Belarusian soil.

Lukashenko is not about to have a wellhead on his territory that Russia could use to fly in troops and equipment to take over his country.

Armenia already knows what it's like to have Russian military installations on its soil. It has two -- an army post and an air force base.

They are constant reminders of how carefully it must tread in its relations with the West, lest Russia unleashes those forces against it.

Armenia has been in discussions with the EU recently on signing an agreement to deepen their trade relations. It's sort of a consolation prize to the loss of the EU association agreement that Russia vetoed in 2013.

You can be sure that Armenian President Serzh Sargsyan has been looking nervously over his shoulder toward Moscow as the negotiations with the EU proceed.

Russia, which supplies most of Armenia's gas, has for years prevented Armenia from trying to develop its neighbor Iran as a sizable alternative supplier. Armenia and Iran have begun increasing their energy ties since the United Nations sanctions against Tehran were lifted a few months ago, but the steps have been small so far.

Another reminder of Russia's energy stranglehold on Armenia surfaced in the summer of 2015, when the country's Russian-owned main electric company demanded a 17 percent rate increase. Nationwide protests prompted the Armenian government to subside the jump for now.

But Armenian leaders have said the government lacks the money to do that forever.

Ukraine, Europe, Armenia. Russia's use of gas and oil as geopolitical weapons has been well documented.

Unfortunately for Alexander Lukashenko, Belarus is in the crosshairs now.