Jolted back to life by the screeching of iron, I quickly sat up in my bunk and glanced through the foggy window of my Soviet-era train at an ever-slowing blur of Cyrillic letters. It was 6:30 a.m., and despite the violent wake-up call, I couldn't have been more awake.

As the train crept to a halt, the looming letters on the platform finally focused: Мінск. In mere moments I would finally step into the mysterious capital of Belarus, the notorious "last dictatorship in Europe." 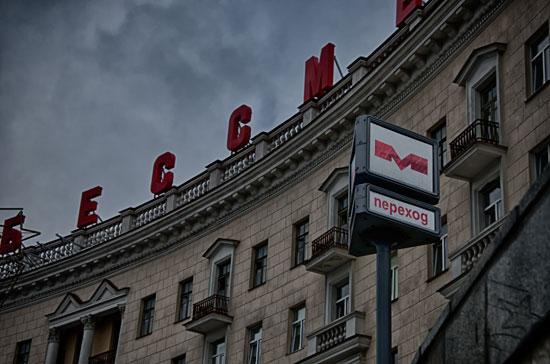 Wandering into Minsk just after sunrise on a Sunday morning feels like stumbling into an episode of the Walking Dead minus the abandoned vehicles -- no pedestrians, no traffic, and no signs of life except for the hum of the occasional delivery truck in the distance.

I often wonder if most travel writers stop here, scribble a few notes, and hop on the next train due west. Every cliché I'd read about Minsk -- from "hermetically-sealed Soviet time capsule" to "open-air museum of Soviet architecture" -- conforms to that sinister first impression of sauntering out of a central train station into a city two million strong with boulevards eerily devoid of life and flanked by monolithic Communist-era buildings.

But by the time I reached Trinity Hill, the oldest surviving quarter of Minsk where I'd be staying, I'd already begun to see the city in a completely different light. From its post-dawn slumber, Minsk had sprung to life -- cars now raced down the wide avenues as citizens plied the sidewalks with faithful canine companions on their morning strolls. As my visions of a dystopian city quickly faded, I pondered how many more hackneyed conceptions of Minsk and Belarus I would soon bury. 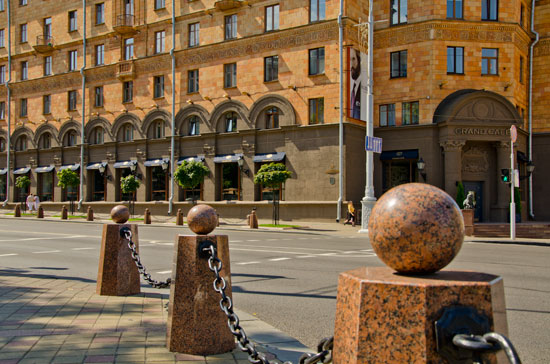 Part of the problem is the difficulty of discussing Minsk as a travel destination without reference to the country's infamous iron-fisted totalitarianism. Set aside Belarusian politics, however, and that "Soviet time warp" analogy we've so often heard crumbles. None of what we'd expect from a Soviet state frozen in time -- famously cranky servers, dreary industrial skylines and deteriorating concrete blocks of flats -- define modern-day Minsk any more than leprechauns do Dublin.

On the surface, Minsk emits an admittedly Orwellian vibe with its grandiose monuments, clean architectural lines, and unshakable city planning. (And don't forget the ever-active Belarusian KGB roaming about undetected.)

Enter Minsk with an open mind ignoring all the lazy clichés, however, and looking beyond its imposing Soviet war memorials and Stalinist architecture no longer seems so difficult. What you'll find, instead of a cure-all for your insatiable Soviet nostalgia, is a surprising candidate for one of the cleanest, friendliest and greenest cities in Eastern Europe.

Peppered with parks, cafés, pubs and restaurants (including an unexpected smattering of McDonald's locations), Minsk defies the stereotype of the prototypical communist city we've come to imagine, much to the dismay of wistful Marxist-Leninists worldwide. Far from sealed off to the outside world, Minsk actually seems to embrace it -- all the way from German luxury cars to sushi bars and Czech beer to American motorcycles. 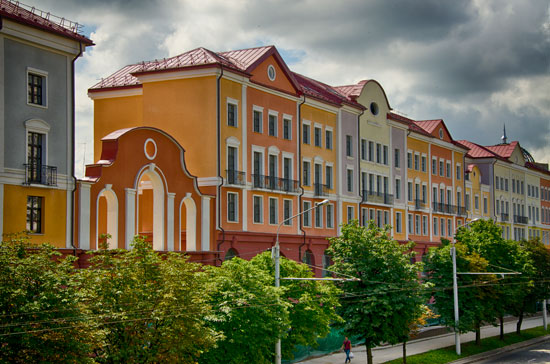 After a long day of shaking loose my preconceptions and staring down the unforeseen faces of Minsk, I retired to a small local bar for a nightcap. Between sips of local suds, I swapped a couple stories with the young Belarusian bartender about our countries in a surprisingly comprehensible patchwork of Russian and English.

A few laughs later, when our discussion shifted to politics, a topic I'd purposely avoided all day, the tone naturally sobered. But reading between veiled criticism and tongue-in-cheek cracks, I sensed less pessimism than optimism for the future of Belarus.

How soon change will come is anyone's guess, but until it does, we need to stop imagining Minsk -- and Belarus -- as some strange, closed-off Cold War relic that completely failed to evolve over the last 20 years. Once and for all, let's move beyond the popular press clichés, push aside Belarusian politics, and see Minsk for what it really is: a unique (and not-entirely Soviet) slice of Eastern Europe.