Warning: The meows in this video will haunt your dreams.

Belgian artist Jan Fabre may have taken the thrill of hilarious cat videos too far in his latest work. The artist staged a full-on cat-tossing performance in Antwerp recently, launching several furry pets into the air only to watch them fall loudly onto what appears to be a poorly-padded flight of stairs.

The evidence of such an act, which was apparently based on an earlier cat-throwing performance, was recently posted online, prompting immediate outrage from just about every person with a soul.

According to Belgian newspaper La Libre Belgique, the artist has already received 20,000 e-mails about the performance and has been attacked seven times by club-wielding men while jogging in the park. In addition, he's the target of complaints filed by both Antwerp's deputy mayor for animal well-being (yes, that's a real position in Belgium) and the animal rights organization Global Action in the Interest of Animals (GAIA).

The artist has apologized for his actions, telling a Flemish-language television station: "I am deeply sorry that the cats landed badly. I want to apologize to cat lovers. It was not my intention to injure or hurt the cats. The cats are fine.”

Fine? Really? The cats in the video above appeared to be in terror because they were being tossed up a flight of stairs, but maybe we're missing something here. The artist later added on a French-language station that the coverage of his performance was "sensationalized" and "exaggerated."

We know you're probably too traumatized now to enjoy any cat-related humor. But just in case you change your mind, here's some LOL-worthy "Cash Cats."

Jan Fabre Throws Cats Up A Flight Of Stairs In Name Of Art, Gets Tons Of Hate Mail, Then Apologizes (VIDEO)
"Cash Cats" 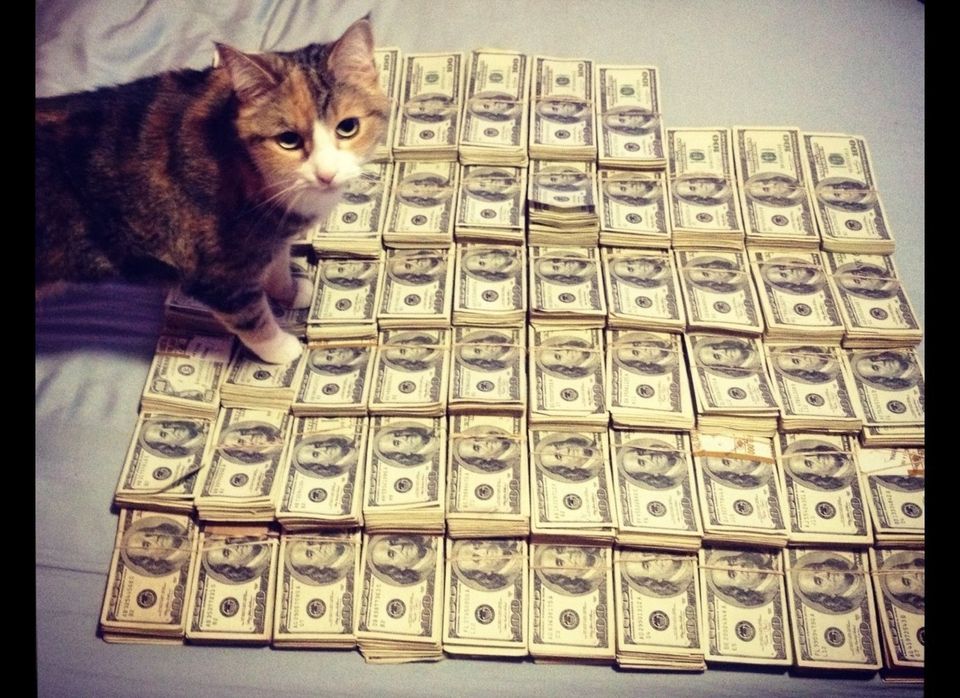