Belgium is paying an incredibly high price for the calculations it made surrounding terrorism and fundamentalists, who over the past two years have built the network of safe houses and militants that are now bloodying the heart of Europe's capital. It was completely mistaken to think that militant jihadists would give Belgium a reprieve in exchange for the tolerance and indifference that intelligence and secret services displayed when dealing with the neighborhood on the outskirts of Brussels, where terrorists recruited their soldiers and stockpiled weapons and explosives.

This much was perfectly clear immediately following the January 2015 attacks on Charlie Hebdo, when logistical collusion between the attackers and the terror cells hidden in Belgium emerged in full. There was further confirmation of this in August, with the failed attack on the Amsterdam-Paris train, fortunately (and fortuitously) prevented by three passengers. It was clear on November 13 after the Paris attacks on the Bataclan, the soccer stadium and in the streets of the city, when all evidence pointed to maneuvers organized along the Brussels-Paris axis amid the foolishness (or worse) of secret services in Belgium, who perhaps could have avoided that bloodbath.

Now, after a four-month-long, desperate and, in many ways, inconclusive manhunt for Abdeslam Salah, who was hiding just a few meters from his home in the heart of the Molenbeek neighborhood, the Belgian intelligence services hoped they'd laid to rest the threat that hung over Belgium and the rest of Europe. Once again, they were wrong. Once again, they miscalculated, as the reach and violence with which the Jihad that has nested and grown inside the Belgian capital exploded in all its vengeance. After the attacks in Paris, terrorist experts had estimated that at least 30 to 40 people were involved in the network responsible for the chain of attacks. Today it's clear that this estimate will have to be revisited. 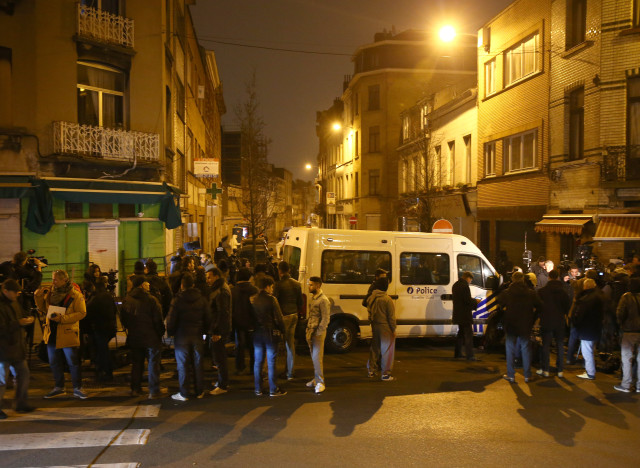 A scene from Molenbeek neighborhood in Brussels, where Salah Abdeslam, alleged architect of November's deadly terror attacks in Paris, was recently captured.

Considering today's attacks as simply a hot-headed vendetta for the capture of Salah Abdeslam does not help us get a grip on the size of the monster that Belgium has let grow and expand inside its borders. These were not improvised attacks, but a preordered plan; one that requires a mind and many arms. Let us all hope that this, yet another tragic lesson, convinces the intelligence and secret services around Europe (and those in Belgium first and foremost) that in order to combat terrorism by Islamic fundamentalists, we need to move beyond nationalist egocentricity (as well as cowardly calculations about one's own neutrality) in order to activate, starting immediately, a true, open exchange of information and a strategy that reaches beyond the borders of each individual country.

Download
Calling all HuffPost superfans!
Sign up for membership to become a founding member and help shape HuffPost's next chapter
Join HuffPost
Follow Andrea Purgatori on Twitter: www.twitter.com/andreapurgatori
Voting Made Easy
Register to vote and apply for an absentee ballot today
Register now