Back in the 1980s, Belinda Carlisle was smack in the middle of a chaotic rise to fame. Her all-female group, The Go-Go's, had blasted onto the music scene and shot to the top of the charts with hits like "We Got the Beat" and "Our Lips Are Sealed." Their success was rapid, especially for a band with such a laid-back beginning.

"We're sitting on a curb, five girls one night at a party in Venice. Everybody was in a band except for us. So, it was like, 'I'll play bass,' 'I'll play guitar'... that's how the band was formed," Carlisle tells "Oprah: Where Are They Now?" in the above video. "We went from... that in 1978 to having the number one album three years later."

Over those three years, The Go-Go's sold 7 million albums and became the most successful all-female rock band in history. Carlisle was in her early 20s at the time and says that her youth led her to make some irresponsible choices in her newfound fame.

"When you're that young and that famous, I don't think there's any good way to handle that sort of thing," she says. "I remember when we got our first credit card and I maxed it out on the first day. Some of the girls bought houses in the Hills; I bought race horses and crazy stuff."

Along with all that money, the stereotype of the hard-partying musician seemed to keep Carlisle going in a dangerous direction.

"Musicians are supposed to be flaky and drug addicts and wild and crazy partiers," she says. "So, if that's what they want and they expect, they can give it to them. And that's what I did."

Cocaine was Carlisle's drug of choice, and she says she was hooked from the very first time she tried it.

During her struggle with addiction, Carlisle displayed behaviors that she now characterizes as totally out of control. "I was, like, obsessive compulsive. I was doing crazy things -- like I'm out of my mind in a convertible Mercedes that I rented and [I] just leave it at the airport," she says. "That's how I operated."

Her addiction continued for more than two decades, until the singer looked in the mirror one day and heard a clear warning from a distinct voice.

"I'd gotten to that point where there was no light, and it was just like two sinkholes for eyes. My skin looked really gray, and I just thought, 'I know I don't look like myself anymore,'" Carlisle says. "I had an auditory hallucination where a voice said... 'You are going to be found dead in a hotel if you don't stop.'"

It was enough to jar Carlisle into making a change.

"The next morning, I woke up and it was like, OK, now I'm ready," Carlisle says.

Now, the 56-year-old artist has been sober for nearly a decade. Through most of her addiction, her husband, producer Morgan Mason, remained by her side.

"It was early in my sobriety and he said, 'No matter what, I always saw who you were underneath all that,'" she says. "I think most people probably would have given up on me. But, thankfully, he didn't."

Today, Carlisle performs both as solo artist and with The Go-Go's, as well as works with the Animal People Alliance, a project she co-founded in India. The organization helps neglected animals in Asia while providing employment to survivors of human rights abuses. 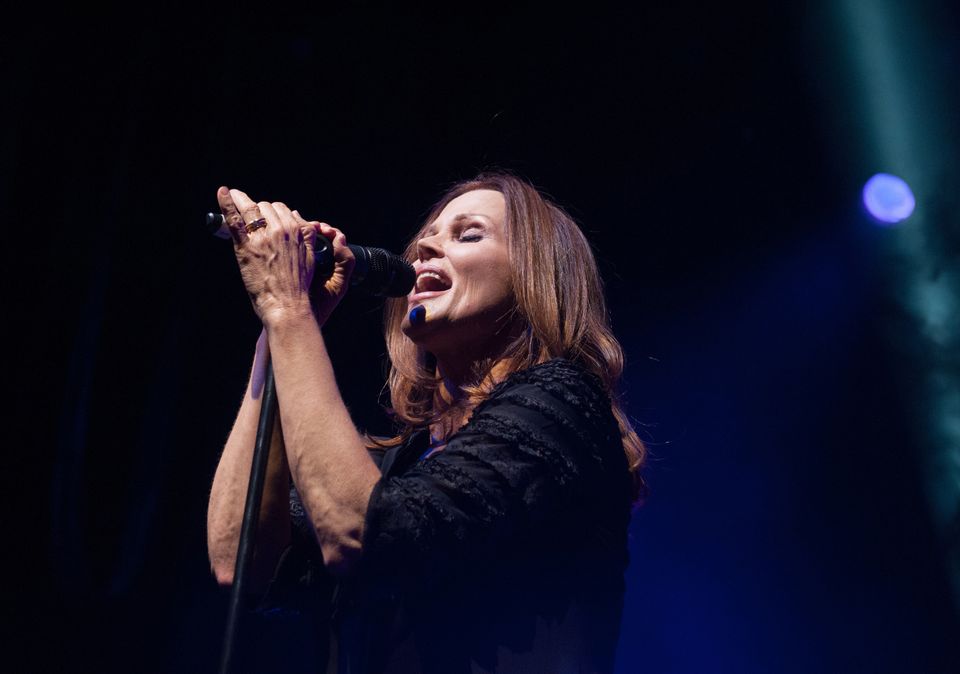