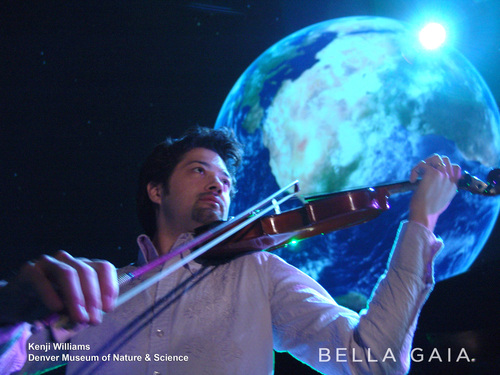 Go the lyrics of the David Bowie classic "Major Tom." The chorus refers to the Major's glorious view from his space capsule, as he drifts out of radio contact. In this case, the same imagery might instead call out, "Attention climate change deniers."

If my previous efforts to persuade you to accept the inevitable have failed along with the fact that it is 85 degrees here in late October when normal temperatures are 15 degrees cooler), I urge you to see the inspired and wonderful mosaic of photography, video, live dance and music from around the world that is Bella Gaia.

This captivating multi-media show is the brainchild of composer and director Kenji Williams, who fulfilled his own dream to bring us the unique vantage point of genuine NASA astronauts and how our world looks from their eyes. This, when combined with haunting classical/world fusion music and interspersed with stunning depictions of what climate change is doing to our world, creates a mesmerizing spectacle that should not be missed. Both environmental activists and climate change refuseniks will enjoy this blend of art, sound, color and sensory stimulation. From a pilot's perspective, (I am on the brink of earning my multi-engine license) I was enthralled by the visual of global, real-time en-route commercial flights, simultaneously depicted in one image. Bella Gaia resonates with the audience intrinsically and creates a sense of interconnectedness that is difficult to capture in only one medium. This is environmental messaging done right; this is perhaps one way that we can capture a much larger audience. 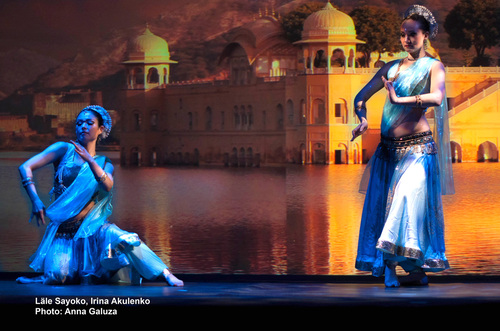 I had the pleasure of sharing my Bella Gaia experience with Heather Logan, a hardworking 20-something environmentalist working for Teeki (www.teeki.com), an eco-fashion company. Heather describes Bella Gaia as "an awe-inspiring celebration of beauty on earth. It is a must see performance if you're interested in an amalgamation of space, art, dance, music, archaeology, technology, and the beauty of the humanities. There is truly something for everyone, whether you're an environmentalist, scientist, corporate tycoon, or artist."

Admittedly, my prose here is uncharacteristically gushing. So before we go any further, click on the link and have a look for yourself, watch the video snippet which does not really capture the essence of the show performed live with a huge screen, but, you'll get the idea.... Bella Gaia Sample.

So how did Kenji Williams take a wild idea like this and turn it into reality? Like any good entrepreneur, Williams explains it better in his own words than I can. So, here is his narrative:

"The project started from meeting astronaut Mike Fincke, and learning of his life-changing experience seeing Earth from space. I was so inspired by Mike's story that it got me thinking, 'how can I bring this transformative experience to those of us who cannot yet go to space?' The idea gestated for about two years before I could even figure out how to proceed. Using space flight simulator software for planetariums, I had a tool to produce photo-realistic orbital images. Through a coincidence, I was introduced to NASA scientists at Goddard Space Flight Center in Maryland. One person from that group, Valerie Casasanto, became my champion at NASA and she persuaded her intrigued but skeptical colleagues to support Bella Gaia.

"I submitted a proposal to the Foundation for Global Community, and they awarded me a $50,000 grant to get started, and a follow-up grant the next year to complete production. Without them, the show would not exist. With Valerie's help, I then pursued a $500,000 education grant, and after four tries, we finally were successful. That was really the game-changing boost that allowed us to grow the project in terms of video content, live music and performers, costumes, technical equipment and more. Finally, a prototype version of the show called "Gaia Journeys" was performed at the Denver Museum of Nature & Science, in front of a live audience. That first show in front of 100 people has now evolved to a recent show at the Marin Civic Center for 1,200 people, and even the Miller Outdoor Theater in Houston before an audience of more than 5,000."

I stumbled onto Bella Gaia while searching for a video snippet to use in a sustainability education seminar I was putting on for Eastman Chemical Company. Indeed, there is research that shows Bella Gaia can actually change hearts and minds about the environment. A NASA-funded survey showed a 90% conversion rate in audiences reporting a greater understanding of the earth, and a more than doubling in response of people who felt a more personal relationship with the Earth after experiencing the show (31% pre-show to 64% after viewing) (http://www.bellagaia.com/about.html). This resonates with me, as the performance seems to sink in on a humanistic level, penetrating far beneath the layer of partisan politics that often separates us on environmental issues.

Williams is a trained violinist whose classical, electronica, and world music interpretations provide the lead musical accompaniment for Bella Gaia. He knew he wanted more than only music.

I probed Kenji on making his vision a reality and some of the pitfalls along the way.

"Other entrepreneurs can relate I'm sure. Starting from zero to make your dream your career is one of the hardest paths you can take. Running and growing Bella Gaia has been an incredible amount of work, and bringing it to the next level now requires greater risks and even more work. That said, I never regret any decision I have made--it has been an amazing, rewarding experience and I hope to continue Bella Gaia long term."

Which leads me to don my critic hat if I may. While I obviously love the show and how it tastefully, almost artistically depicts the adverse effects of climate change with images of melting glaciers and burning rainforests, it does show itself to be underfunded in some spots. Higher production values and even more technology and staff would be beneficial to the show. As the saying goes, "it's only money" and more is needed to make Bella Gaia all it can truly be. To bring Bella Gaia to your community, Kenji simply needs an invite (info@bellagaia.com). Bella Gaia offers an array of new module-based education packages perfect for the auditorium or boardroom. Bella Gaia is willing to partner with other advocacy groups to promote social causes. Though they have developed a close relationship with NASA, they are keen to partner with ocean preservation groups as well as other non-profits.

Intrigued by the awareness created by Bella Gaia, I was curious as to how Kenji's own lifestyle choices reflected the mission to act as stewards for our shared resources. True to his environmentalist leanings, he has ditched ownership of a private vehicle in favor of public transport (though he admits his international travels are not CO2 free); he frequents local farmers markets; votes in favor of sustainable companies with his dollars as a consumer; and of course, has dedicated his entire career to climate change awareness through Bella Gaia. 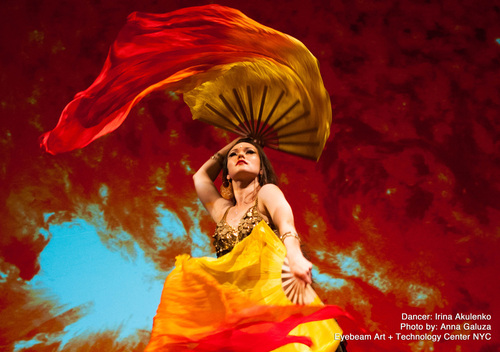 What can we do to help Kenji Williams and his selfless troupe to spread the word of sustainability through the beauty and entertainment value of Bella Gaia? Well, as described above, invite them to your community by finding a local sponsor and venue. Or, travel to the next Bella Gaia show to experience it first-hand.