Bella Hadid is not afraid to use her platform and get political.

The international supermodel shared an emotional defense of Palestinians with her 16 million Instagram followers on Thursday.

Hadid denounced President Donald Trump’s decision to recognize Jerusalem the capital of Israel on Wednesday. The 21-year-old’s father, Mohamed, posted a similar image of the Dome of The Rock in Jerusalem after Trump’s speech, calling the moment the “saddest day of his life.” Mohamed is Palestinian.

“Seeing the sadness of my father, cousins, and Palestinian family that are feeling for our Palestinian ancestors makes this even harder to write,” Hadid wrote on Instagram. “Jerusalem is home of all religions. For this to happen, I feel, makes us take 5 steps back making it harder to live in a world of peace.  The TREATMENT of the Palestinian people is unfair, one-sided and should not be tolerated. I stand with Palestine.”

Most countries of the United Nations don’t recognize Israel’s sovereignty over East Jerusalem, and instead view it as an international city and holy site. Previous U.S. policy regarding the dispute over the city has been to let Israeli and Palestinian leaders negotiate between themselves. Both Israelis and Palestinians lay claim to the city, though Israel has controlled the city since 1967.

Hadid quoted Palestinian DJs Simi and Haze in calling for the recognition of Palestine. They criticized the president’s decision on Jerusalem “as if it’s his to give away.”

“This is a violation of international law and a huge setback to any hope for peace,” Hadid’s Instagram caption continued. “In his speech yesterday, he never once mentioned Palestine but referred to Israel and ‘the Palestinian people’ as if Palestine never existed. Jerusalem is and always has been the capital of occupied Palestine.”

Hadid’s father was born in Nazareth during the 1948 Arab-Israeli War and fled to Syria with his family when he was 18 months old.

Gigi, Hadid’s older sister, reminded the world of their Palestinian roots by posing for the first cover of Vogue Arabia this year. The younger model quickly followed in September.

Hadid posted her cover on Instagram in August, and said she was not only proud to work with the Vogue crew, “but specifically to represent and cherish my half-Palestinian blood from my father and his strong, loving, wonderful Arab side of my family.”

“This cover is in honor of my teta Khair Hadid, my family, and my Arab/Muslim friends out there,” Hadid wrote. 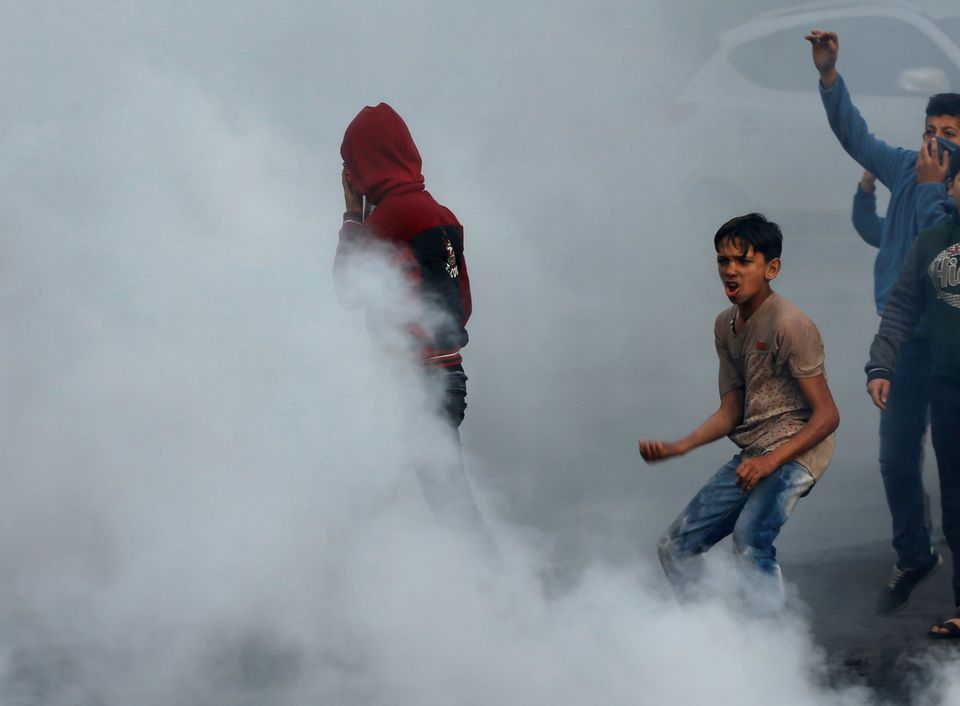