When photos of Bella Thorne and Scott Disick cuddling poolside during the Cannes Film Festival made the internet rounds, the world promptly responded with a collective cannes we absolutely not.

Their May-December “romance” (and Disick’s latest attempt to make ex-girlfriend Kourtney Kardashian jealous) fizzled days later, leaving the rest of us to wonder what exactly torpedoed the most inappropriate KarJenner love story to date. For once, Kyga, we’re not talking about you.

The 19-year-old star recently opened up to Complex about how she even crossed paths with Disick, who’s 15 years her senior, and why she took a hard left when things got too hardcore.

“I throw a lot of house parties, and that’s how I meet these people. They come to my house party and they’re like, ‘Yo, I heard you’re having a party,’” Thorne explained. “I’m just like, ‘OK, French Montana. Hi, French.’ That’s how I met Scott — he came to a house party of mine [with French] and I was like, ‘Hi.’”

So began a series of increasingly concerning photo ops that reached its OMG WHY? tipping point when Disick seemingly got handsy with Thorne for the cameras.

“Honestly, my nipple came out of my bikini and he tried to fix it for me and it looks like he’s grabbing my boob,” Thorne said. “That’s very nice of you to actually not sit there and stare at my nipple because my boobs are big — they come out of my shirt all the time! You can’t keep those suckers down.”

But, in the end, it wasn’t the age difference or the looming threat of the Kardashians that caused Thorne to call it off.

No, apparently it was Disick’s hard-partying ways that drove Thorne away. The father of three has struggled with sobriety over the years, most recently seeking treatment for drug and alcohol abuse in 2015.

“Scott is really nice, sweet, charming. I don’t drink, and he really drinks a lot. And it just ended up … I just wasn’t down. I was like, ‘I gotta leave,’” the former Disney Channel star explained.

“We were [at Cannes] a day and a half before I was like I’m booking my flight and leaving,” she continued. “I love to go out and have fun, I love to f**king dance, but I just don’t party hardcore like that and it was way too much for me. I was like, ‘Whoa, this is not the way I live my life, bruh.’”

So much for famous in love, bruh. 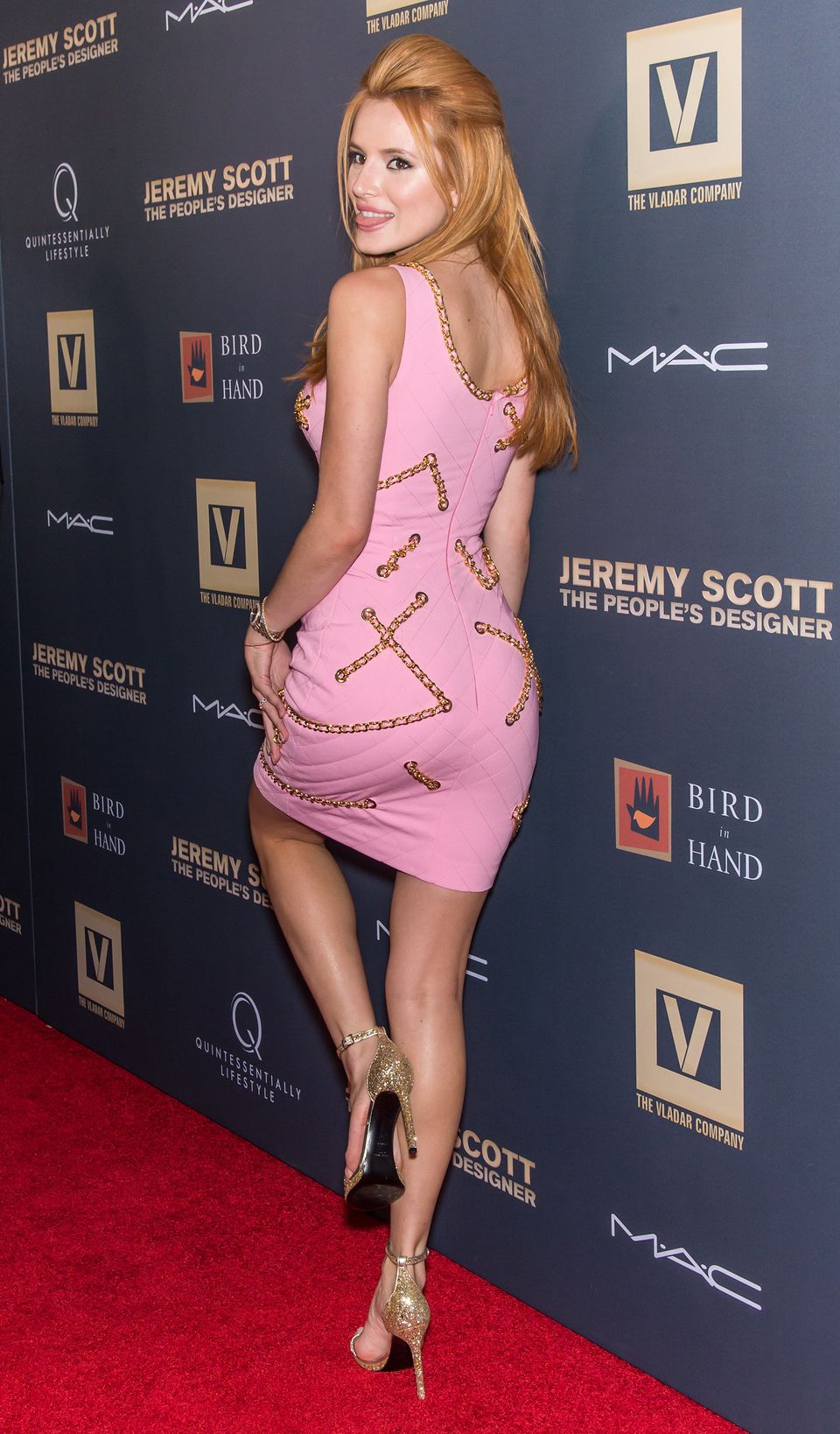