Belle the pit bull could not be happier rolling around on a big, soft couch. These 55 seconds of pure bliss are all the sweeter once you know what came before them.

Belle is thought to be about 2 or 3 years old. She has a mangled ear and a scarred face. Those who rescued her about seven weeks ago think dog fighters used her as a "bait dog," meaning other dogs were trained to rip her apart.

"I can only imagine the horror that entailed Belle’s life," says Steffen Baldwin, founder of the Animal Cruelty Task Force of Ohio.

"Waking up every day and wondering which dog was going to tear you to shreds while you cowered and fought for your very life."

Belle is currently living with Baldwin in Marysville, Ohio, while he works on helping her get ready for a new life as someone's pet, instead of someone's victim. Her new surroundings are certainly a change.

"It’s pretty clear she hasn’t had much time to lay around on furniture because she’s just not quite sure what to do with herself when she’s up there," says Baldwin. "It warms my heart in a very special way to see her enjoying getting used to my house and exploring her environment, bit by bit."

The pup also shares her temporary home with Baldwin's young son, five rescued dogs and "an indefinite number of foster dogs and cats that are constantly coming and going," Baldwin says.

She hasn't yet spent much time with these other dogs, however. Because of her former abuse, which is under investigation, she doesn't yet have all the coping skills she needs to handle a lot of new interactions.

"She is a very sweet, inquisitive, goofy and happy dog that lives a carefully monitored life right now as we basically reintroduce her to the world and teach her with positive reinforcement and love, a new way to see every situation that might currently frighten her or cause her to react," Baldwin explains.

On a typical day, Belle will get some time alone in the house, during which she can examine the many smells and upholstered pieces of furniture without the pressure of also having to navigate canine relationships.

She also spends a lot of time with Baldwin in his truck, "as has every other dog I’ve rehabilitated," he says. "As our bond strengthens and she trusts me more, we work on stimulating and exercising her mind and body, and then we work on introducing her to new situations slowly and carefully, taking baby steps to show her new and positive experiences. Through the process, Belle’s true spirit is just starting to come out." 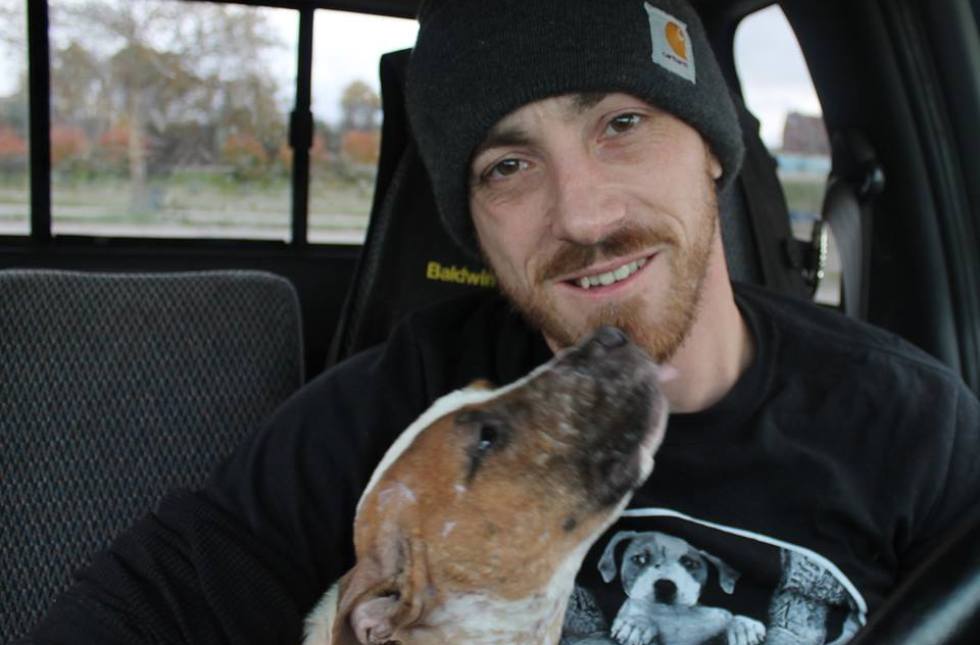 Baldwin estimates Belle will be with him for at least a few months, learning how to live in a world where she isn't constantly in danger. She's already showing signs of acclimation; she no longer falls off the couch, for example.

Despite what he's heard from skeptics, Baldwin feels confident Belle will come to know, and to love, this world. He says he thinks she will be ready to one day be adopted by people who'll treat her like gold.

"I believe very strongly in the ability to rehabilitate a dog," he says. "The best part about having Belle in the house is just knowing that she wakes up every morning feeling safe, goes to bed every night feeling safe, and during the day she is happy and loved and is being given everything she needs to recover and become whole again." 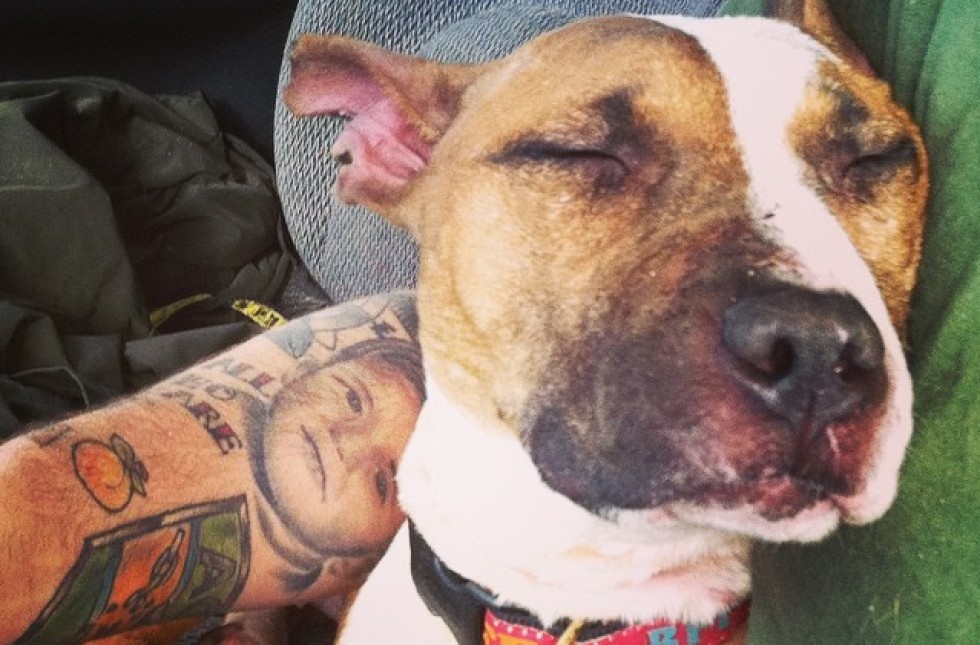 Find out more about Belle and the Animal Cruelty Task Force of Ohio's other animals on the group's Facebook page. Donations can be made on the ACT website.